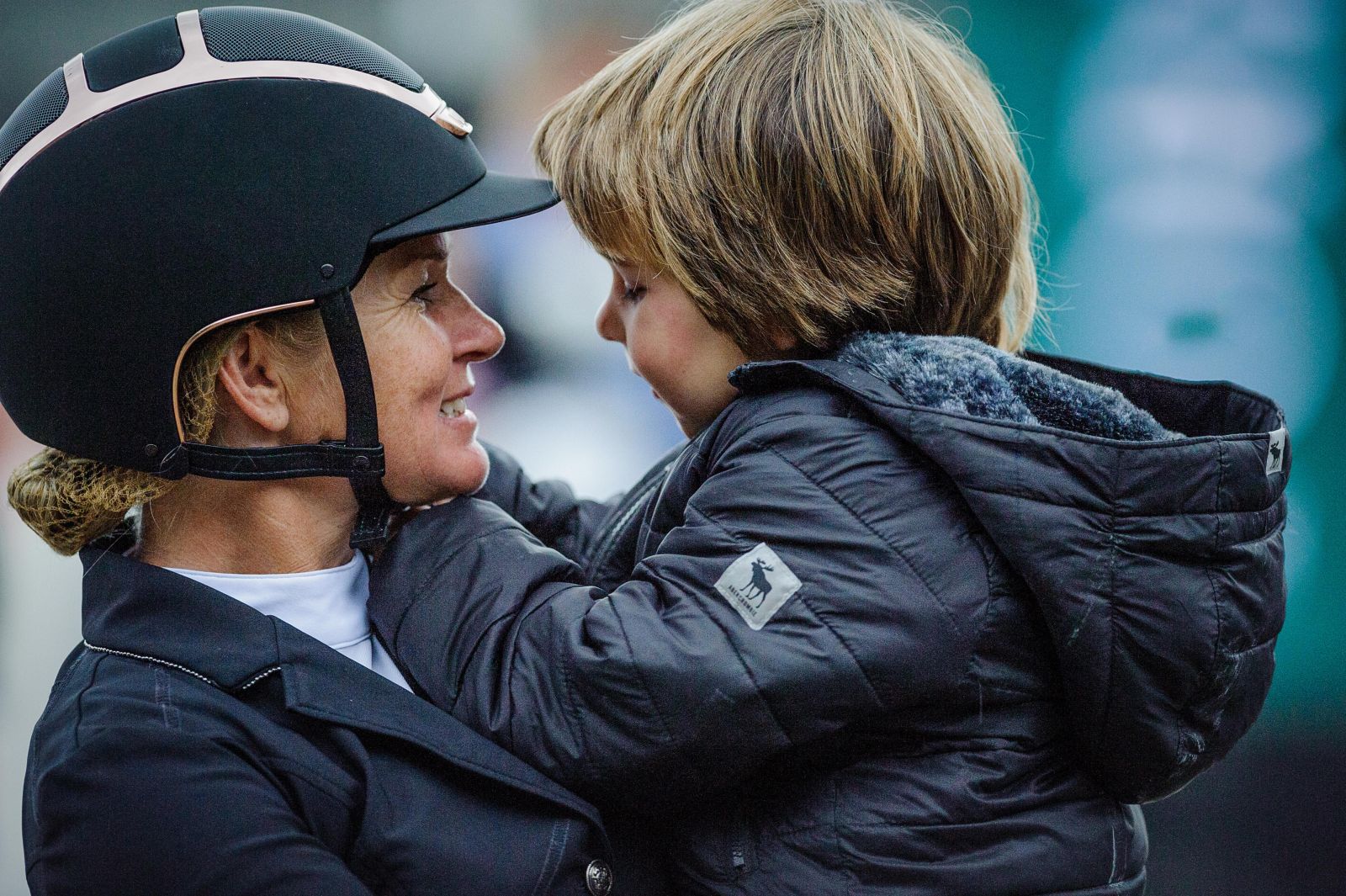 Jonelle and son Otis share a cuddle before the prize giving at Pau in 2021. Photo by Tilly Berendt.

The FEI has made changes to the existing rules regarding maternity leave in order to introduce further flexibility and give athletes the option of adapting the duration of their maternity leave to their individual situation. The decision was taken by the FEI Board at its last teleconference for 2022 held on 6 December.

The previous minimum period for a medical and maternity leave, which had been included in the Ranking Rules for Jumping, Dressage, and Driving, was six months and the maximum period 12 months.

Following various opinions expressed by athletes, who wished to have the flexibility to return to competition from maternity leave earlier than six months, the Board took the decision to shorten the minimum period to three months, without changing the maximum period, which remains 12 months. In addition, athletes will now have the possibility to come back earlier than originally indicated when they initially requested the leave. To do so, they will need to give a four-week notice for Dressage and Driving. For Jumping, a 10-week notice is required if riders want to be eligible to receive an invitation under the FEI Online Invitation System, but only four weeks if the athlete intends to participate in the event further to another kind of invitation, such as an OC invitation or a wildcard.

The relevant changes to the wording of the respective Ranking Rules will be published in the Jumping, Dressage, and Driving rules sections on the FEI website.

The provisions for medical leave remain unchanged, the minimum period being six months and the maximum period 12 months.

The FEI Eventing Committee has considered including medical and maternity leave provisions in the Eventing Ranking Rules but is currently not in favour for risk management reasons.

Maternity and medical leave provisions for Vaulting are currently being examined by the Technical Committee and updates will be provided in due course.

“It is good news that the Board has allowed for greater flexibility regarding maternity leave,” FEI Secretary General Sabrina Ibáñez said. “The FEI was one of the first international sports organisations to introduce provisions for maternity leave in April 2010 and we remain committed to protecting the welfare of our athletes. These rules had been first put in place for Jumping and were gradually extended to Dressage and Driving. This had been done in order to allow athletes, who have had a baby, not to lose all their Rankings points while off the circuit.

“The FEI has listened to the riders who have expressed the desire to have the option of returning to competition earlier than six months and the FEI Board is very much in favour of supporting athletes wishing to achieve the best possible balance between family life and a high level sports career. The Ranking Rules in all the FEI disciplines are living documents and we will keep on reviewing the maternity and medical leave provisions to make sure they remain relevant and fair.”

Over to you: Eventing’s lack of maternity provisions has previously come under fire, most notably when Jonelle Price penned a salient missive after dropping from 7th in the world to 217th when she took a leave of absence to have her first child, Otto.

“Come on FEI, why on earth is eventing not in line with other disciplines?? Maternity leave saw me plummet from #7 to #217 and that was with returning to competition sooner than most,” she wrote on social media.

“During the period which an Athlete has officially ceased to compete due to pregnancy or a medical condition, he/she will retain 50% of the Dressage World Rankings points earned from the corresponding month of the preceding year until he/she recommences competing internationally,” stated the FEI when introducing maternity provisions for dressage in late 2018, eight years after introducing them for showjumping.

We’d love your thoughts, particularly if you’ve been directly affected by the FEI’s lack of maternity provisions. Sound off in the comments, or email us at [email protected], and you could be included in a future feature.