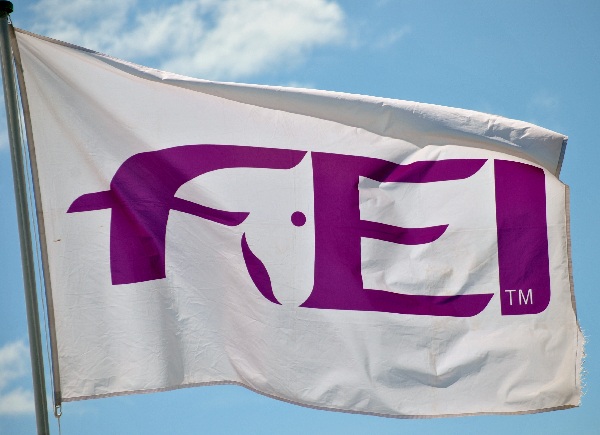 This is not an April Fool’s joke, folks. The FEI is set to examine a list of proposed changes later this month at the FEI Sports Forum in Switzerland that would enact sweeping overhauls to eventing at the Olympic, Championship and all FEI levels.

This comes after the FEI hired Charles Barnett, former director of Ascot Racecourse, to “conduct an audit into eventing with the purpose of identifying factors that may affect eventing as an Olympic sport.”

You can read all the background on why the FEI is proposing these changes at the beginning of the document at this link. But let’s jump right in, shall we?

Team competitions would run over a three-star level cross country course and use four-star level dressage and jumping tests, with teams being a maximum of three members with no drop score. One reserve horse per team would be allowed. All team members would ride one after the other in all three phases.

In the jumping phases, the time of the round would be added for all team members “so that a faster round of one team member could counterbalance a slower round of another member.”

Under this new proposed format, only individual competitors would use four-star level cross country, dressage and jumping tests at championships, with a maximum of three athletes per nation allowed.

The FEI is also proposing that the Classics CCI4* circuit for individuals be totally separated from an Olympic and Championship circuit for teams. As outlined above, team competitions at the Olympics and WEG would run over three-star level cross country “for the development of the sport,” while the “true CCI4* level” would be reserved for individual competitions only.

Part of the idea behind proposing this is to allow qualification for championships to take place on the same level as the competition, as opposed to at a lower level as it does now. There would be increased qualification requirements for the CCI4* level on both the Classics circuit and at FEI Championships for individuals.

The FEI is also proposing creating a new international level for children/ponies at 1.05 meter height on cross country “that could also be very useful for developing nations.” This new level would become the one-star level, with all other levels being upgraded accordingly, i.e. 1 star becomes 2 star, 3 star becomes 4 star, and 4 star becomes 5 star (EN called it!).

Merging the CIC*/CCI* and CIC2*/CCI2* levels is also outlined in the proposal, as is adding a CIC4* format.

A new penalty system for cross country is also slated to be discussed, i.e. 10 points for the first refusal on course, 30 (4o) for the second refusal.

The FEI is also proposing giving 5 penalties for “knocking flags on skinny, narrow, corners fences. Clearly a completely different approach from course designers (allowing more space between flags) must allow the possibility, for a straight horse when jumping correctly, to jump without touching flags.”

Cross country bitting is also slated to be addressed, as the FEI feels “that strong bitting used by less experienced riders can affect the ability of the horse to focus on the fence and use his natural abilities to solve the jumping question.”

And, in some sort of grand finale, the report ends by proposing three options to re-name eventing, which presumably are meant to align with the FEI core objective to “ensure the competition to be the ‘best sport entertainment’ — attractive, modern, TV and spectator friendly.”

The three proposed new names (and I promise we are not making this up) are: Equestrian triathlon, Equestrathon and Tri-equathlon. Try saying that last one three times fast. Actually, try saying any of them three times fast.

Twitter is already buzzing with what implementing even a fraction of these proposed overhauls could mean for the sport. Now it’s your turn to weigh in, EN. Check out the proposal in full at this link and leave your thoughts in the comments.

And please vote for which of the three new proposed names for the sport you think is the most terrible in the poll below.