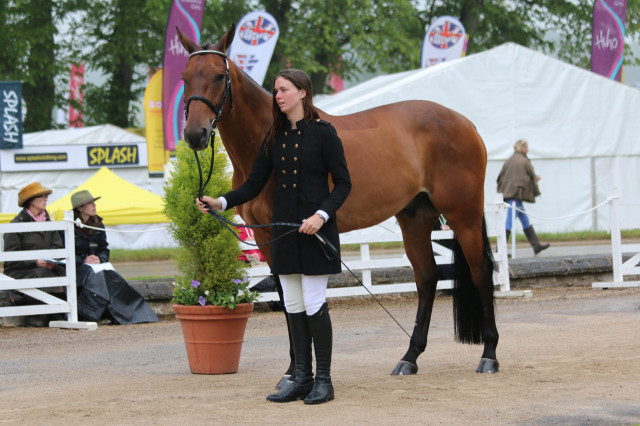 Two horses were sent to the holding box in each division in the final horse inspection at the Equi-Trek Bramham Horse Trials. One withdrew from the U25, Michelle Kenny’s Asilomar Independence, and Bert Bolton’s Purple Sands was not accepted upon re-inspection.

In the Senior Division two horses were sent to  the holding box – Jo Ward’s Primitive Data and Izzy Taylor’s Dax Van Ternieuwbeke, both were subsequently withdrawn. 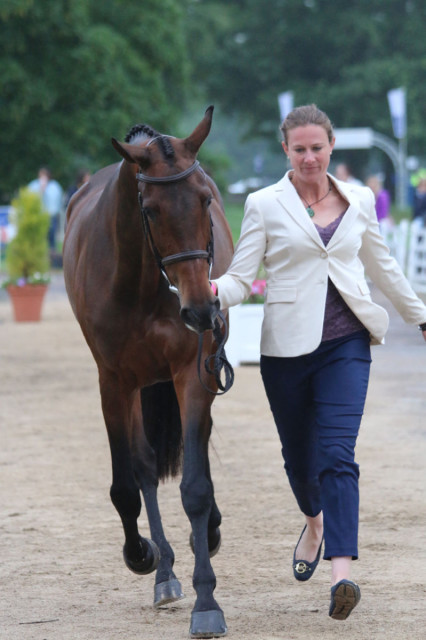 Veronica and Lauren Kieffer treated the Final Horse Inspection like a mere formality – they showed up looking like dynamite, breezed up and down the jog strip, the Ground Jury took a nano-second to pass them and they went straight back to the stables to get warm and cosy again and devour more polos!

The U25 will show-jump shortly so at some point today we’ll get a gallery up from the rainy Final Horse Inspection. Particularly impressive today was Pippa Funnell’s Sandman who looked as fresh as he did on the first day. The Ground Jury took a very long time before passing Andrew Nicholson’s Perfect Stranger, and Vicky Brake’s Cooleys First was asked to jog twice.

Nick Gauntlett’s Crown Talisman passed without incident today and looked superb, and Nick agreed that Tali did indeed tire on the cross country yesterday but explained that the horse has missed quite a good deal of work this spring due to having a virus but he was anxious to get him round to gain his qualifications.

Much more to come from Bramham today. Stay warm and Go Eventing!