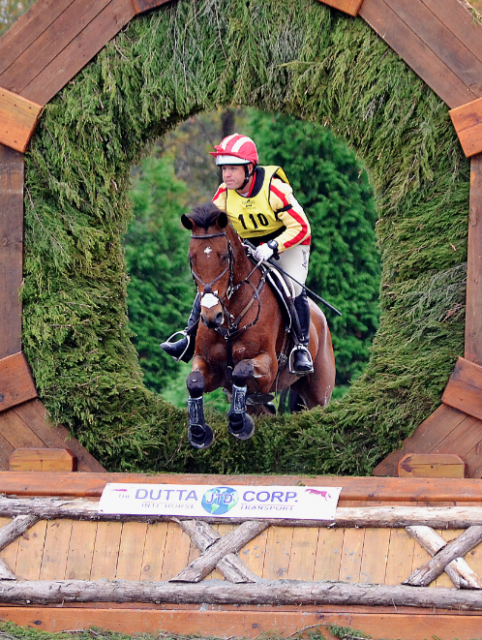 The final HSBC rankings have been released, and Andrew Nicholson tops the rankings once again this year with 634 points. William Fox-Pitt is close behind him with 621 points in second place. Buck Davidson is the sole American in the top five, finishing the year in third place with 419 points, followed my Michael Jung in fourth place with 384 points. Other Americans in the top 25 include Phillip Dutton in 12th place, Marilyn Little in 21st place and Will Faudree in 24th place. Two more Americans made the top 50: Lynn Symansky in 34th place and Kristi Nunnink in 43rd place. And we also have to give a shout out to the two Canadians in the top 50: Jessica Phoenix in 38th place and Rebecca Howard in 46th place. 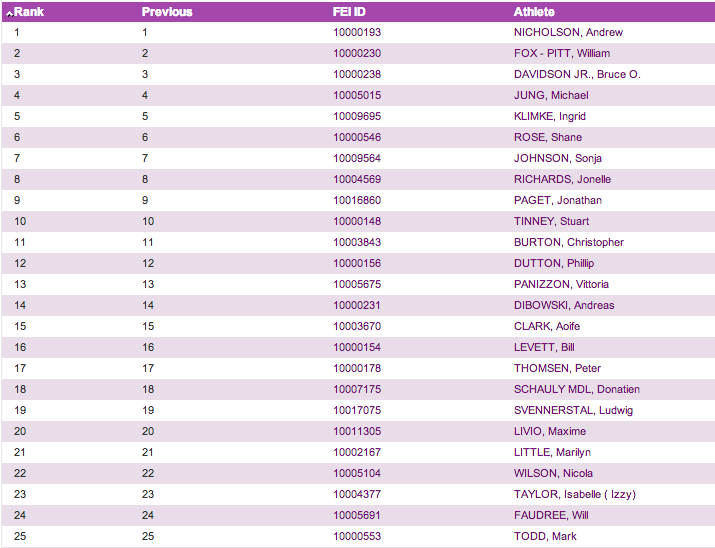