When Frankie Thieriot retired Fric Frac Berence in 2011, she assumed her days of competing were over. But a phone call from Tory Smith changed her life completely, giving her the ultimate gift of getting back in the saddle on a sassy little mare named Uphoria. This is such a great read! Many thanks to Frankie for writing. 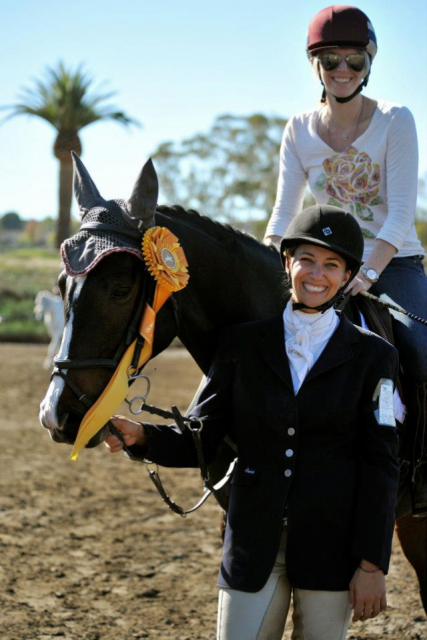 As we start to put the Christmas decorations away, take down the tree and prepare for 2014, I got to thinking about how one person’s generosity can truly change someone else’s life forever. Rewind to 2011 … my longtime partner Fric Frac Berence and I were competing in what I knew would be our last season together. He was 18 at the time and had given me everything, taking me from Training level to Young Riders all the way to the Advanced level, where we had managed to successfully compete for many years.

I had accepted my dream job as the Director of Communications for a major fitness, media, sports company and had decided that after I retired Fric, I too would put riding behind me at least for a while to focus on my career in the corporate world. I aimed Fric at Rolex and enjoyed every single moment I put my feet in the stirrups, knowing our days of competing together were numbered, with the goal of retiring Fric healthy and happy like he deserved. Every day at 5:30 a.m. off I would go to ride, smelling of dirt and horse when I arrived at the office, and then once again after my day ended at work, back I would go to the barn for a second hack late at night to prepare Fric for Kentucky.

When Fric sustained an injury three weeks before we were set to ship out to the Bluegrass State for what was meant to be our last competition together, I made the decision to retire him at that moment rather than pushing him further. After a while, I had accepted the disappointment that came with not going to Rolex and thought my horse interactions would simply be hanging out with my retired horses at home when time allowed.

Three months after I had put Fric out to pasture for retirement, my phone rang, and if you had told me that day what would happen as a result of the question soon to follow on that call, I would not have believed you in a million years. On the other end of the line was my friend Tory Smith. She was getting ready to start law school at the University of San Diego and was sending her three-star horse, who she had won the Adequan USEA Gold Cup on, to be sold by Jennie Brannigan.

Tory also had a young horse who was 7 at the time that she had brought through the levels and was hoping to be able to keep. Tory and I were in all honesty more like acquaintances back then and in no way yet the best friends we have become. We knew each other from showing, but did not spend any real time together outside of seeing one another at events. And so came the question that would change my life …

“I know you retired Fric and don’t have a horse right now. Would you want to take Roo for a few months while I adjust to law school?” Uphoria, aka Roo, is a 15.3-hand mare. Back then, to be clear, I hated mares and had no real interest in ever owning or riding one (Keep reading before you hate me; I was very ignorant, I will admit it.) I had also never ridden any horse under 17 hands for more than 10 years, so to say this was a bit out of my comfort zone would be a massive understatement. 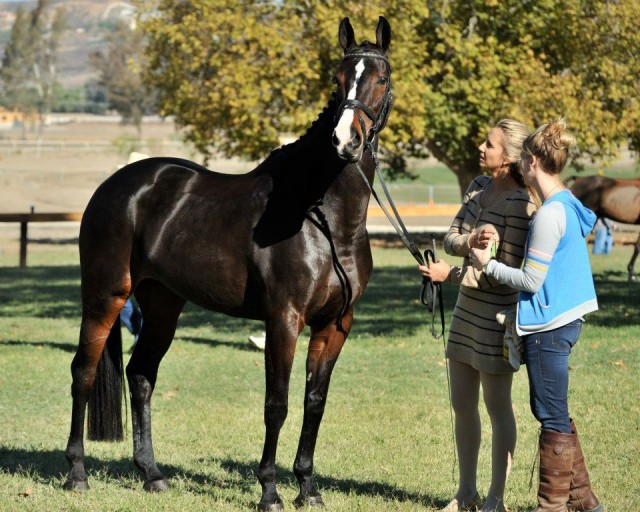 I also had not ridden, not even once, since retiring Fric that prior April. “I know how much you love your horses,” she said, “and I know if you had Roo, you would love her and take great care of her till I can ride her again. I don’t want her to be another horse in a program of several horses, and I cannot afford to pay someone to ride her.”

By the time the conversation was over, I agreed to fly to Southern California and watch Tory ride her at a show and then school her after to see if we got along. I remember the first time I sat on this little mare and how when I moved my seat her entire body moved — something, I can assure you, was quite different than the way my 17.2-hand gelding reacted. I took her schooling, and we seemed to get along, so Tory sent her up to me the following week.

The beginning of our relationship, though it was full of laughs, did not start out how most ideal partnerships do; in fact, I fell off three times that first month. Each time I would call Tory, a bit afraid to tell her that I was doing a terrible job riding her mare, and each time she would say the same thing in her incredibly understanding voice: “She is not easy to form a partnership with, but you will figure her out, and when you do, riding her will be like riding an old bike — trust me.”

I had my doubts, but Tory was right. I had always heard that mares take awhile to form a bond with you, but when they do, they will do anything for you, and I do not think that could be more true. When I retired Fric, I never thought I would have another partner like him; I never thought I would love a horse the way I love him, and I especially never thought that the horse who would change all of that would be a 15.3-hand sassy little mare.

Nearly three years later, I am still lucky enough to have the ride on Roo, and she has given me incredible gifts. Because of her, I have fallen back in love with a sport I thought I could live without, I have gained a best friend I never would have had and I have been blessed to know what it feels like to have a family behind you no matter what. Tory made all of that possible, and her family is just as incredible as she is. If Tory cannot make it to a show because of law school commitments, her parents or boyfriend are always there, and in many cases they are all there! They support me no matter what — good or bad — and they love Roo a great deal. 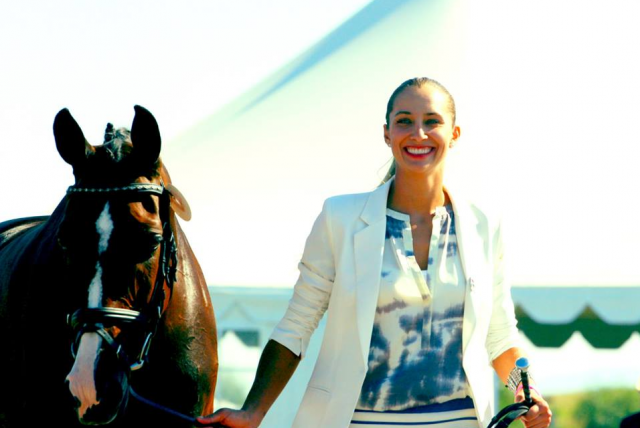 So often I have wondered why they haven’t taken Roo for a “professional” to ride, or even accepted some of the quite remarkable offers they have received to sell her. Yet each time, they bring me to tears as they explain that she is for me to ride and that they are so proud of what we have accomplished. This year they supported my wish to take her east to compete for the summer.

And when I had the blonde moment of all blonde moments in the CCI2* at Galway and got lost in the show jumping, they were right there not to get upset, but rather to give me a hug and support me — though I could have hit myself over the head with a shovel I was so upset. After all, who would have blamed them? It made their incredible horse’s record look like she had several rails when in fact it was my mistake that had cost us second place. It truly amazes me people of this caliber even exist, and Roo and her family are more than I will ever feel I deserve.

This season, Uphoria finished as the USEA Intermediate Horse of the Year for the entire country, but far more than that, she changed my life! The question “Would you like to ride Roo for a few months?” has given me more than I ever knew it could, and this holiday season, it is pretty easy to know what I am grateful for. Tory is my biggest cheerleader — the person who cleans tack at shows, brushes Roo, makes sure we look the part and rides every single jump with me. But what she may not know is that every stride we cover and every jump we jump is all for her and all because of the ultimate gift she has given me.

You never know where someone’s generosity may take you, and you never know what may come next, but it is important to remember and reflect — especially this time of year — on the people who make it all possible. In some cases, that may be a coach, a parent, a groom, a mentor or, in my case, the best friend a person could ask for. But, regardless, take a moment to think about how the people in your life may have pointed your path down a road you may not have initially intended on, and be sure to thank them and do the same for someone else.

To the Smith family and to Roo, there are no words good enough to thank you, but I hope someday I can change someone’s life for the better even half as much as you have mine. May 2014 bring you success and happiness wherever the road leads.