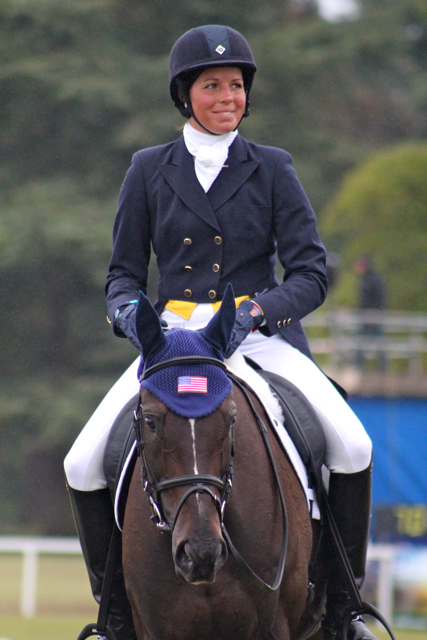 Congratulations to Meghan O’Donoghue who rode an accurate test on Pirate with no mistakes for a respectable score of 52.3. Meghan kept him going forwards, used her corners really well and didn’t give any marks away, and should be very proud of their performance. I spoke to her very briefly on her way back to the barn and will catch up with her properly later, but she told me she was pleased with Pirate, that he had really tried hard and it’s improving all the time. The grass arena, she said, takes a bit away from him and it’s taken some getting used to after riding on footing for so long. Meghan also shared that compared to Rolex Kentucky in the Spring, she actually felt a bit more nervous here at Blenheim as there is so much more expectation, wanting to represent her country well and to make sure that the grant that enabled her to come here has been a good investment. Plus, she added, Rolex feels like home to her whereas this is a big stage on which to make her international debut. 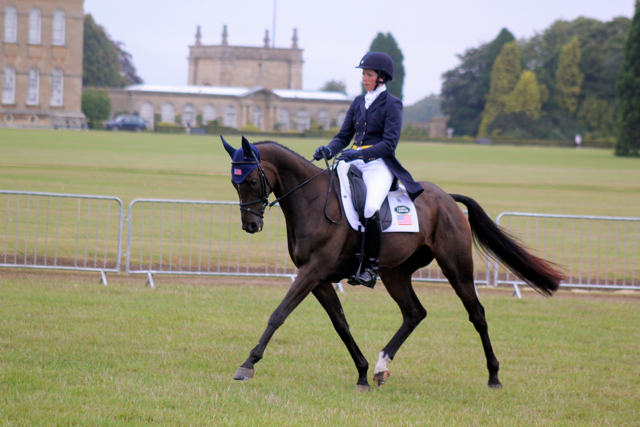 Meghan smiled and said she was relieved that it was over, and now she starts preparing for the next phase. Best of luck to both of them of course, and congratulations on a job well done so far. We’ll have a longer chat with Meghan later. 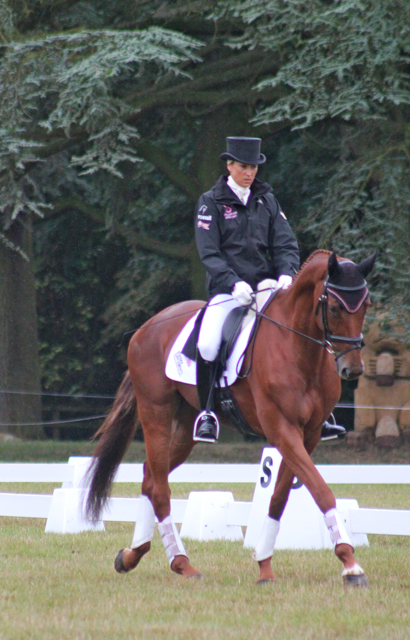 The leaderboard has seen quite a few changes this morning. Sarah Bullimore’s very fancy chestnut mare Lilly Corinne was eye-catching in the warm-up and obviously delivered on that promise ( I only saw glimpses unfortunately) as they moved into the lead with the only score in the 30s so far, 38.9 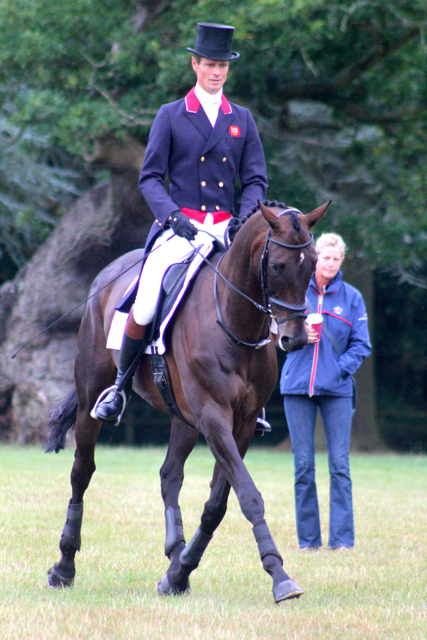 William Fox-Pitt and Running Order moved into fourth place at the morning break with a smooth, polished test for a score of 44. Running Order had his ears pricked the entire time and looked very relaxed and they executed each movement with deadly accuracy and precision. 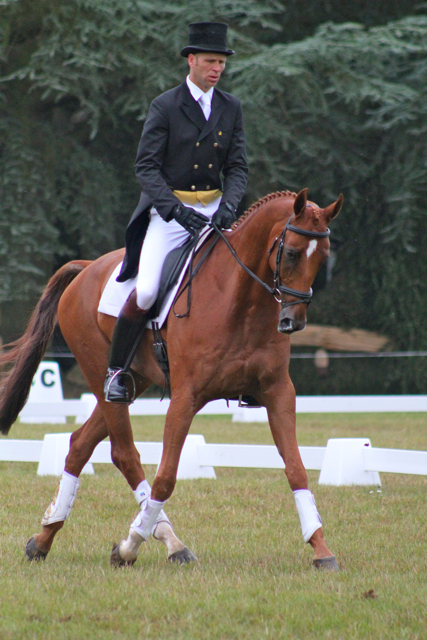 Nick Gauntlett seems to have a very nice horse in Grand Manoeuvre, and they move into 6th place currently on a score of 45.8. Running back out in the rain which has started again to catch Cindy Rawson for the USA. Go the Fidelity Blenheim International Horse Trials!