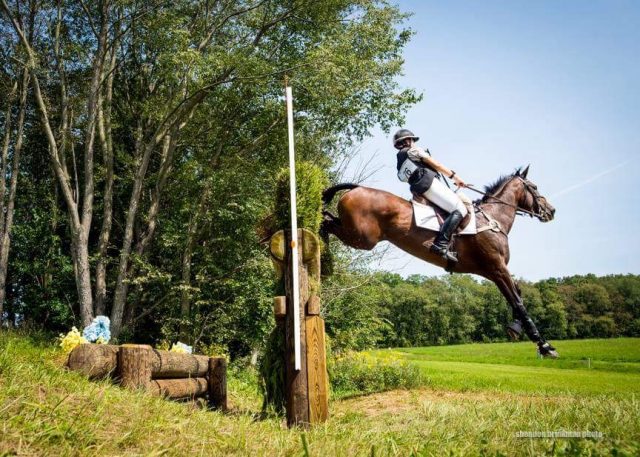 It seems surreal to finally be reflecting back on this long, dramatic, emotional, but also incredibly inspiring journey. Over the years I was told time and time again that her career with me was most likely over. You’d think I would have had plenty of time to get used to this idea of her retirement by now, but in all honesty that is almost what makes it so much harder to believe. In a way she has overcome the odds so many times that I have come to think of her as bulletproof. So I sit here pondering this experience we shared and can feel nothing but extreme gratitude for this exceptional mare.

I write this as a thank you to my friend Phyllis for all that she’s done for me, and also to share my against-the-odds Cinderella story with anyone who relates to the underdog.

I met Phyllis when I was just 18 and she was 3. I still can’t put into words what drew me to her initially but something between us just clicked. She was quite feral and at best half broke when she first came to the farm. At that point I was mildly successful as a young rider with a few seasons of experience at Prelim and a couple of Intermediate starts. I fell in love with Phyllis immediately. Although standoffish, for some reason she let me in much more than anyone else. I was her person, and I couldn’t get her out of my head. I tried desperately to buy her but at that point I was broke and heading to college.

Fast forward a few years and fate would bring her back to me. I received a call asking if I wanted Phyllis as a rehab project. Her previous owners were given a diagnosis of severe kissing spine with a prognosis of lower level eventing with a fair amount of maintenance as a best case scenario. A few weeks later Phyllis and I were reunited. 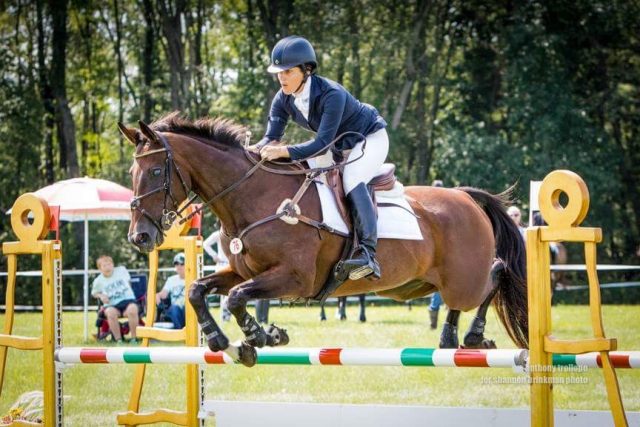 In that first year it all seemed too easy. She rehabbed beautifully. I was competing her by late spring. She never missed a beat. After two Trainings she moved up and made her Prelim debut. She quickly qualified for the preliminary AECs and won her division out of 40 horses. She was incredible. Despite her greenness and my mistakes she was competitive with some of the nicest horses ridden by some of the best riders in the country. The following season she moved up to Intermediate and yet again made it look like a walk in the park. By the end of 2010 she had a full season of Intermediate experience and closed out the year by winning the Midsouth CCI*. The sky was the limit.

By 2011 my sights were set on a spring CCI2*. This is where our story takes a turn. After spending the winter season competing in Aiken and having everything go according to schedule, I set out to do a final conditioning set before packing up and heading home to Illinois. It was on this last gallop that Phyllis bowed both of her front tendons. There were lesions starting just below her knees and running the full length of the tendons to just above her ankles. Both legs had tears that were classified as severe.

I sat in complete disbelief as I watched the ultrasound and heard it for the first time. I was told that the probabilities of Phyllis staying sound as an upper level event horse were almost nonexistent. Competing above Training level would likely cause re injury. She would now be best suited as a lower level dressage mount or show jumper where the footing in an arena was consistent and flat. I was absolutely shattered. 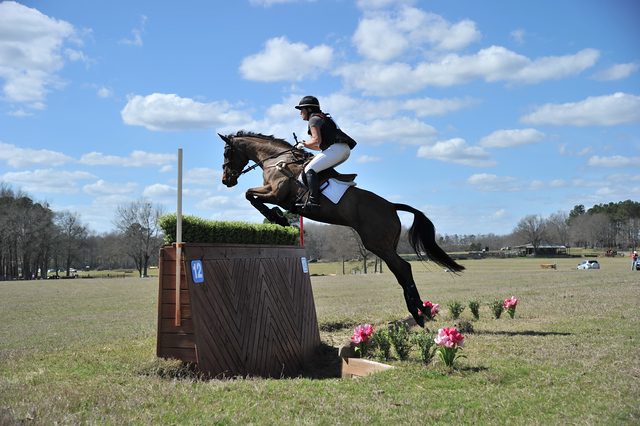 I went home and did the only thing that made me feel better — I rehabbed her like a complete maniac. I can’t even begin to think of all the hours we spent together icing, poulticing, sweating, wrapping, icing, and icing some more. It was madness. At one point I was told that walking was the best thing for her so we hacked the trails for three hours a day for weeks.  I’m not sure I’d have it in me to do it all over again but I can tell you Phyllis made it easy. Complete and total cooperation. It was almost like she knew.

We were getting to the point where she was far enough in her rehab to begin light flatwork when our bad luck seemed almost incomprehensible. Out of nowhere she developed recurrent uveitis. There was nothing more heartbreaking and frustrating than the roller coaster of treating that eye. Some days it looked better and then for no reason things got worse. It took more than a few expensive months to finally get the flares under control. Once again Phyllis was the perfect patient. I’m not sure how many horses would allow you to medicate their eye multiple times a day for months and not turn the opposite way and run when they saw you coming, but I do know of one. She is the most stoic soul I’ve ever come across.

It took about a year from when the process began for Phyllis to lose full sight in her left eye. Although we were able to control the flares a large cataract formed. Without surprise she adapted seamlessly. In fact I competed her for a full season without realizing. Losing half of her vision bothered me much much more than it ever bothered her. 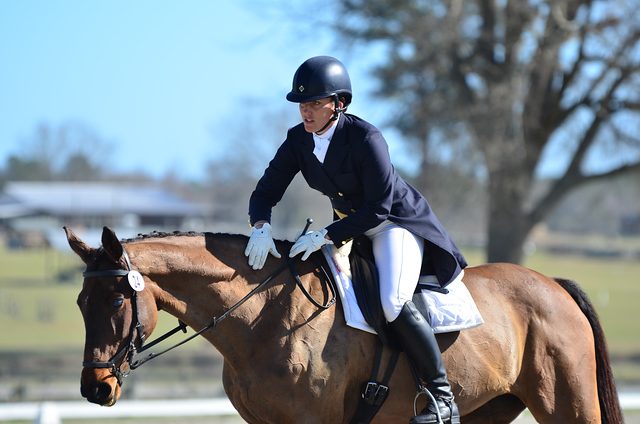 Debilitating kissing spine. Two severe bows. One totally blind eye. She went on to have four more seasons competing at the upper levels with me. Not only did she make it back to Intermediate, but in 2016 we completed our first Advanced. There are no words to describe the feeling I had while crossing those finish flags. It was impossible to not be entirely overcome by her amount of heart. All of those hours of hoping and praying and rehabbing had undoubtedly made that moment so much sweeter. It was not only a victory for myself and my horse, but also for our supporters who had been there throughout this journey with us. She did what seemed impossible and she did it flawlessly. Throughout our competitive partnership which began in 2009 and finished in 2017 Phyllis did not have a single cross country jump fault. 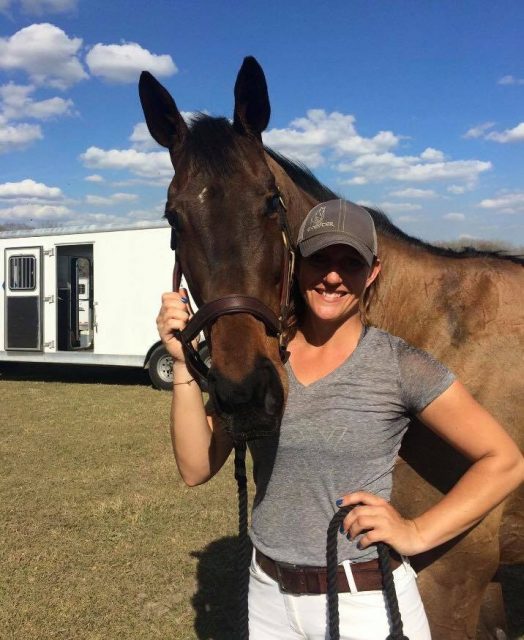 But it is impossible for me to put into words what this horse has done for me personally. Let me tell you how hard it is to believe any excuses you make for yourself when you have a partner like I have in Phyllis. I’m not talented enough, I don’t have access to top coaching, I will never have enough funding to be competitive, I live in the Midwest … buuuuut she’s half blind and does it anyways, sometimes her back is sore and she does it anyways, she has two old bows and does it anyways, but mostly she’s HALF BLIND and does it for ME anyways. How’s that for a life lesson?

The universe could not have picked a more perfect horse to send my way. She is certainly one special soul who has more heart than what is describable in words. So to all of Phyllis’s friends and fans, my intentions moving forward are to spoil her rotten. All rules are out the window. From here on out she gets whatever she wants. I secretly hope she becomes rude, no one deserves it more. I will do my best to keep her happy for as long as there is to keep her happy. Maybe one day I’ll make her her own room in my house, who knows! (Kidding!!)

So cheers to my friend, MY HERO, my Full Circle, my Phyllis on a well-earned happy retirement. I wouldn’t have traded you or our perfectly imperfect journey for the world.