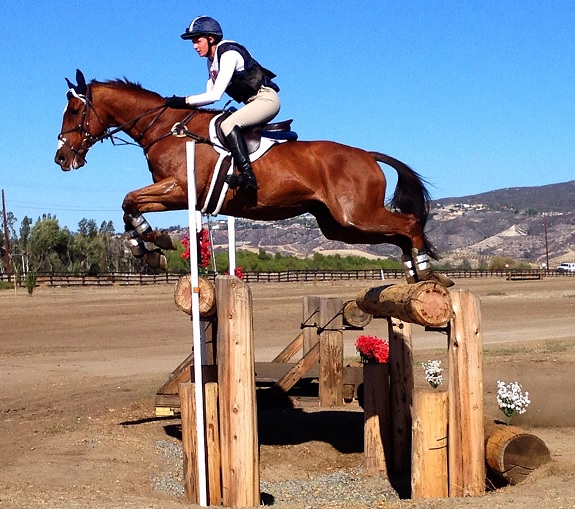 Emilee Libby and Nonsensical moved up to 3rd. Photo by Bill Olson.

The CCI3* leaderboard has changed a lot at Galway, but the same name remains at the top:  Buck Davidson.  Buck and Petite Flower went double clear today on cross-country at Galway Downs to take the lead on 55.2.  Jolie Wentworth and Good Knight are second (59.7), followed by Emilee Libby and Nonsensical who moved up from 11th with a double clear.  Guest blogger Kristin Schmolze had 4.8 time with Ballylaffin Bracken to sit fourth going into show jumping.  Buck’s overnight leader, The Apprentice, added 14 time penalties to drop to fifth, while his former second-place ride Absolute Liberty had trouble at fence 16 and retired.

Six horses of the 17 starters did not finish; Allison Springer had two stops and then a fall on Copycat Chloe at fence 19, the sunken road.  Pam Fischer fell off Sea Lion at fence 2. Lauren Billys and Ballingowan Ginger had two stops at fence 6, a big corner question, and a third later at 15 (the second water) resulting in elimination.  Andrea Baxter and Indy 500 were eliminated at fence 6 for three stops.  Geriann Henderson and Kingslee had trouble at 10 and retired.

Buck Davidson moves into first with a fast & clear cross country on Petite Flower. The ride of the day in the CCI3* belongs to Emilee Libby and Nonsensical. They had a foot perfect cross country round within the time to move up to 3rd place!  It was impressive to watch! (I’m not just saying that because she’s my good friend, a teammate or because I’m her groom for the weekend)! 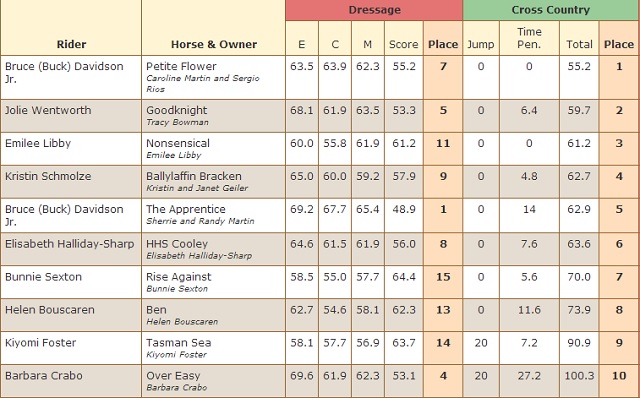 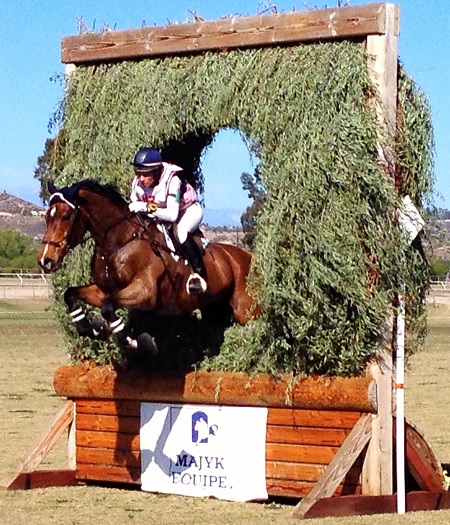 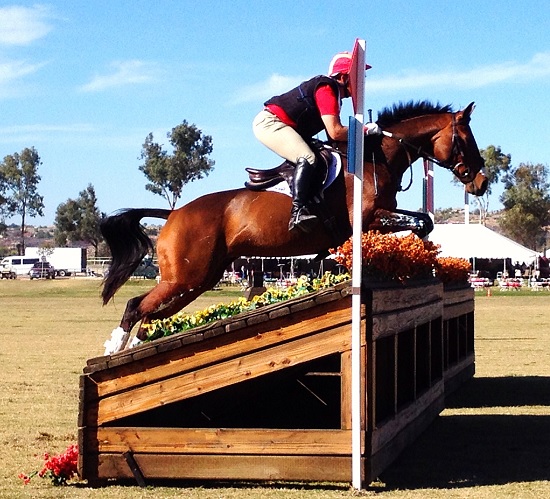