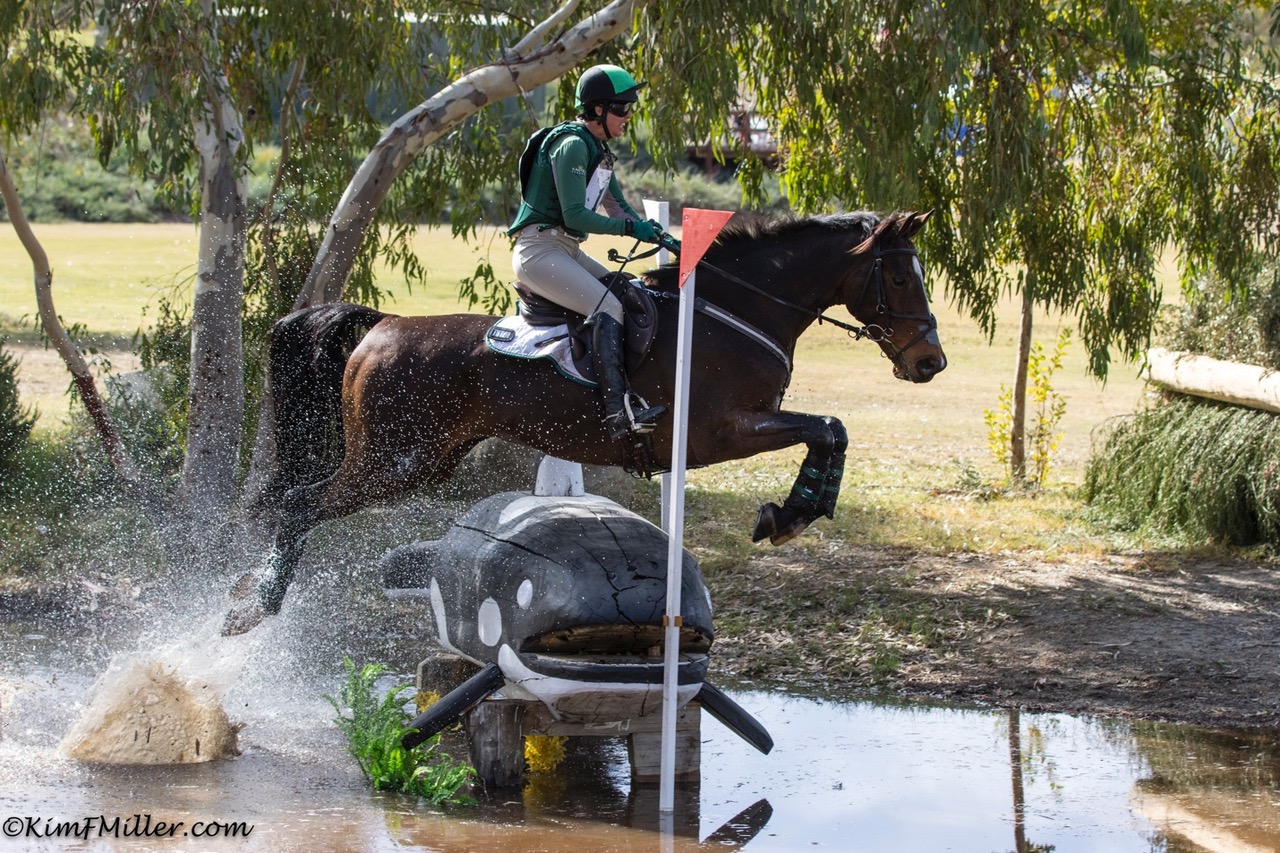 Top 10-ranked U.S. eventers are among the 420 entries for the Galway Downs International starting Thursday in the heart of Southern California’s Temecula wine country.

An exciting finalé for the West Coast eventing season throughout its 22-year existence, the Oct. 28-Nov. 1 competition is exponentially more so this year for several reasons that explain why East Coast stars Liz Halliday Sharp, Boyd Martin and Phillip Dutton shipped horses 3,000 miles to compete. Californian Tamie Smith will defend her victorious turf in almost every division and pairs from throughout the West Coast, Texas, Arizona, Montana and all around the Northwest are ready to finish their season on a high note of intense, high-quality competition.

As with all sporting events, COVID precautions prevent spectators, but Ride On Video and the USEF Network are live-streaming Thursday, Friday and Saturday, bringing the FEI action to the world.

First, the competition will host the USEF National CCI3*-L National Championships, marking the first time it’s been held in the West. This builds upon Galway Downs’ selection as host of the Adequan USEF Futures Team Challenge, a coup announced for Robert Kellerhouse’s Kellerhouse Presents team early this year. You can view the teams here.

The organizers have something special up their sleeve for lower level contenders, too: the “Challenge” format at the Modified-Training, Training-Novice; and Novice-Beginner Novice levels.

The Championships and new divisions are icing on a cake of venue improvements that’s been baking for some time. Extensive show and warm-up arena footing upgrades, new stabling and countless big and small improvements throughout the 242-acre property have taken an already first-class venue to new levels.

“We are lucky as hell for this opportunity,” says Kellerhouse of adding the CCI3*-L National Championships and the Futures Team Challenge to the Galway Downs International. “We were asked to host the Future Team Challenge West early in the year and the more recent opportunity to host the 3*-L National Championships brings extra interest and the chance to show off what we’ve built up out here with the help of many supporters and stakeholders.”

The COVID cancellation of the Fair Hill International in Maryland opened the door for a new location for this prestigious event. Getting the USEF nod is a big vote of confidence in the Kellerhouse team and fits with the Federation’s efforts to embrace West Coast riders and competitions. “The USEF remains committed to building a bridge to the West Coast and continues to bolster the High Performance program on both sides of the country,” notes Jenni Autry, USEF’s Managing Director of Eventing.

Last year, the Futures Team Challenge was only held on the East Coast. When it came time to expand it with a West Coast edition, Galway Downs and Kellerhouse Presents were poised to make that happen.

Designed as a test of abilities at the higher end of each level, and as a celebratory showcase, the Challenge was introduced by Kellerhouse 11 years ago as the Preliminary Challenge, held every spring in Northern California’s Woodside. In 2019, a Modified-Training Challenge was added to rave reviews, with riders grateful for the chance to step up their skills and receive a showcase similar to that enjoyed at the higher levels.

The three-day format begins with dressage in Galway Downs’ Grand Prix arena on Friday. On Halloween Saturday, it’s out on cross-country at max distance and effort for all levels and over all new routes. The winners are determined Sunday during stadium jumping, with riders going in reverse order their standings in the Grand Prix arena. The CCI-L competition concludes on Saturday, so Sunday is all about Challengers.

“These classes are all an evolution from where our sport has gone,” explains Kellerhouse. “While we are saddened to see the passing of our Training Three-day Classic format at Galway, we are thrilled to offer something for all the levels to shoot for in the modern test of eventing. For the past decade eventing went toward this format with a more technically challenging long court dressage test, cross country-only jumping with no A, B and C phases, and finishing with the show jumping at a larger height than the cross country test.”

The FEI courses will reveal the vision of new Galway Downs course designer, Olympic silver medal winning Clayton Fredericks of Australia. He’s been working alongside veteran Bert Wood, an expert on the venue’s terrain and nuances, for several months.

“The biggest change is that we’ve decided to stick to this track as the designated upper level track,” Clayton explains. “That will answer a few of the questions being raised in the past about the ground changing between grass and sand. The new track will only have a few of those changes, and with plenty of time for the horse to acclimatize to those changes.”

Clayton is based in Florida but has ample experience with Galway Downs as a competitor, coach and in other sport roles. Most recently, he brought clear-span FEI Stabling to the venue, another first for the West Coast, that has received positive reviews.

A newly-laid stretch of grass is part of the new course and it will all be maintained specifically for eventing purposes. “That allows us to water and manicure the grass exactly as we want to,” says Clayton.

“Challenge and flow” are the key words he uses to describe the new course. As for advice to upper level contenders: “Preparation! Make sure you’ve done your homework. there won’t be anything too out of the ordinary, but we will try to make it up to the standard for each level. So, be ready!”

Kellerhouse credits the skills and efforts of his own growing team; Nilforushan EquiSports Events; Galway Downs owner Ken Smith; the USEF; USEA; and Clayton Fredericks as heading a long list of supporters who’ve helped make this weekend’s event a fitting showcase for every level of the sport.