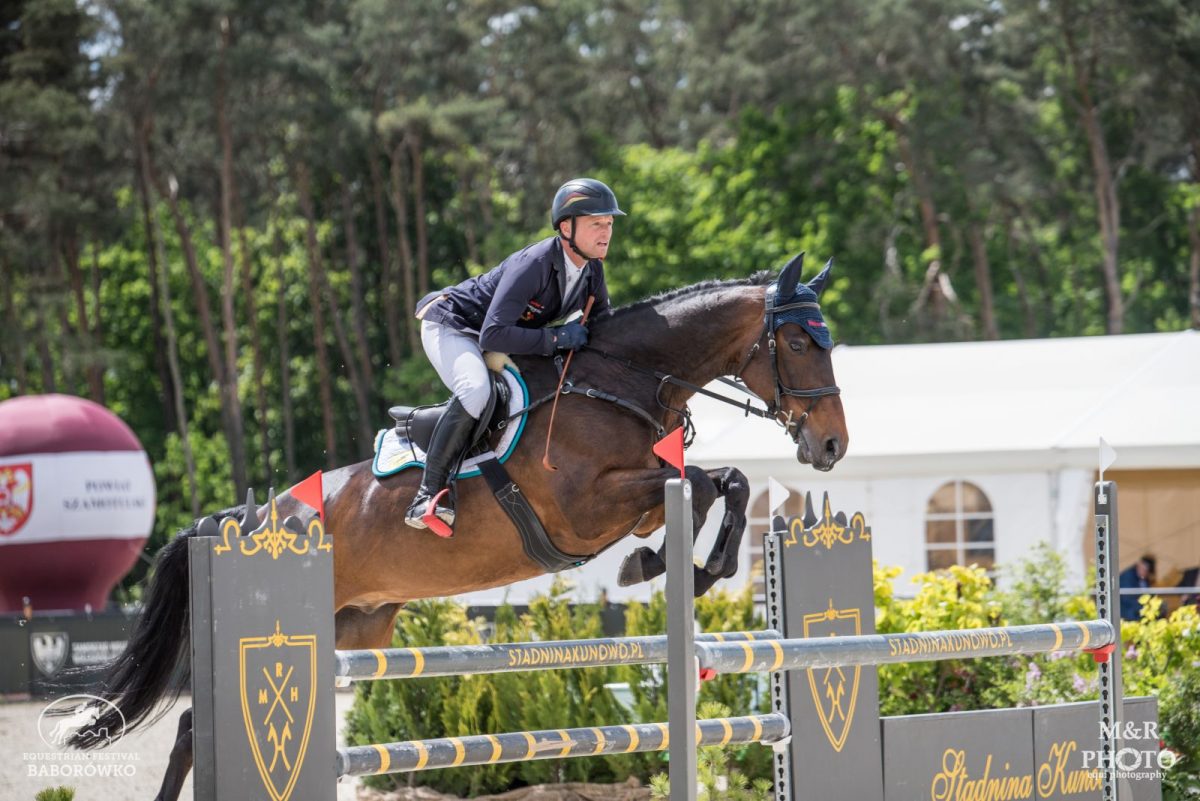 Sunday saw the conclusion of Equestrian Festival Baborówko in Poland, where 200 riders with 350 horses from 25 countries all over the world competed for a prize pool unparalleled in Polish eventing – over 90,000 EUR.

In the most important class of the show – the CCI4*-S for the prize of the patron of the event, Mr Roman Roszkiewicz, with a prize pool of 70,000 EUR, the leader after dressage and cross-country was Ingrid Klimke (GER) with SAP Hale Bob OLD. However, the rider had an unlucky but harmless fall in the CCI3*-S cross country, which made it unable for her to compete in the four-star jumping trial. The second and third place after two trials belonged to Michael Jung (GER) with fischerChimpmunk FRH and fischerWild Wave. The rider confirmed his fantastic shape today and finished the jumping with two clear rounds to take the first and second place. Third went to Sandra Auffarth (GER) with Let’s Dance 73.

“I am very pleased with of my horses, especially with FischerChipmunk FRH and FischerWild Wave, which are in a great shape. We had some demanding conditions, but that’s just eventing,” said Michael Jung (GER). “It was a hard show, but shows like that are necessary, especially in this season, where we have to take advantage of every occasion to prepare for Tokyo. I’ve been to Baborówko two years ago. Now there are new great arenas. To achieve good results, we need good conditions and that’s what we have here. 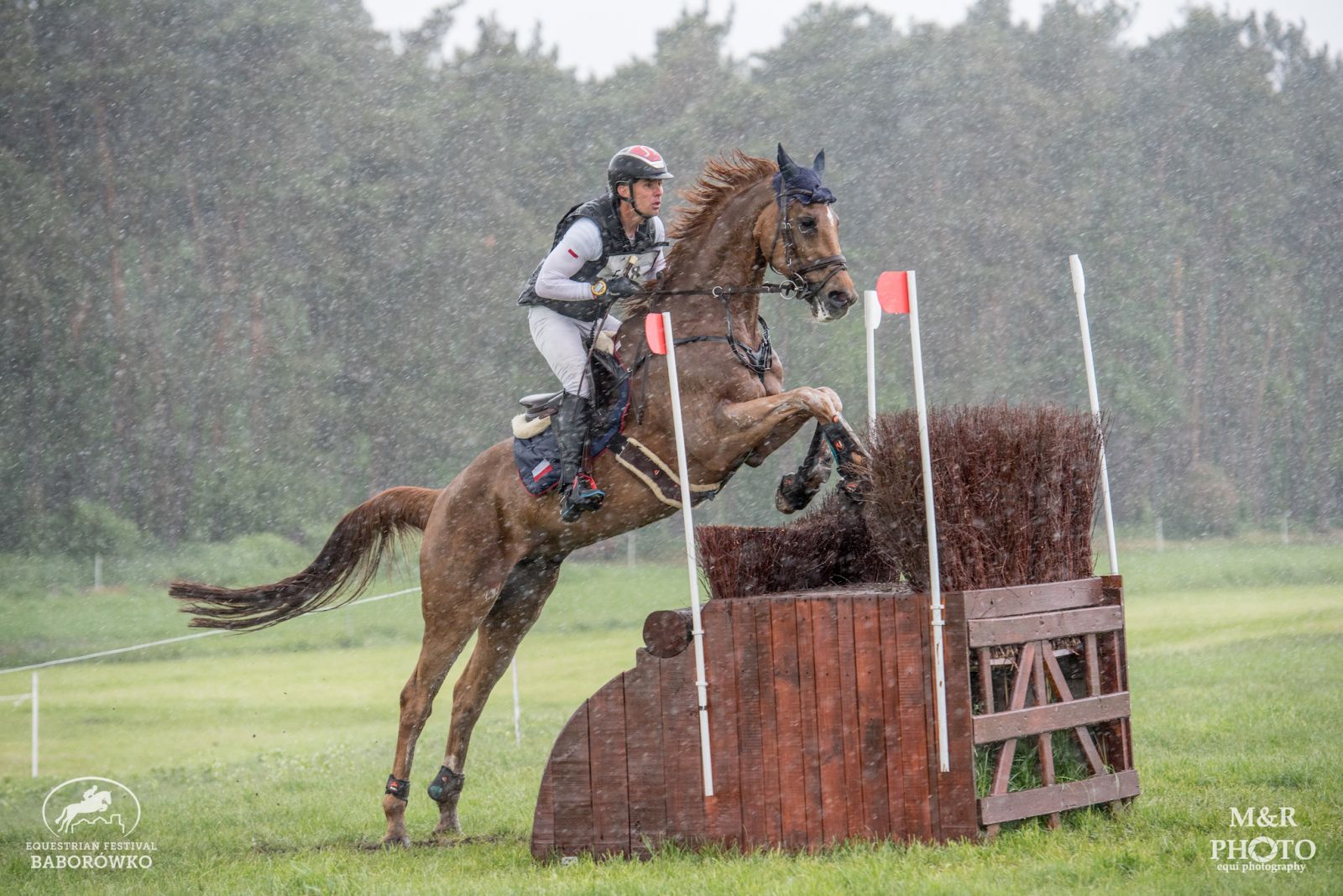 The CCI4*-S also determined the podium for this year’s Polish National Championships – for the third time in Baborówko. We witnessed a great performance by Paweł Spisak with Banderas. The rider finished the class as the best Polish athlete, and secured his 9th gold medal of the National Championships. Mateusz Kiempa defended his silver with Libertina, and bronze went to the home rider of Baborówko Equestrian Association – Paweł Warszawski with Lucinda Ex Ani 4. 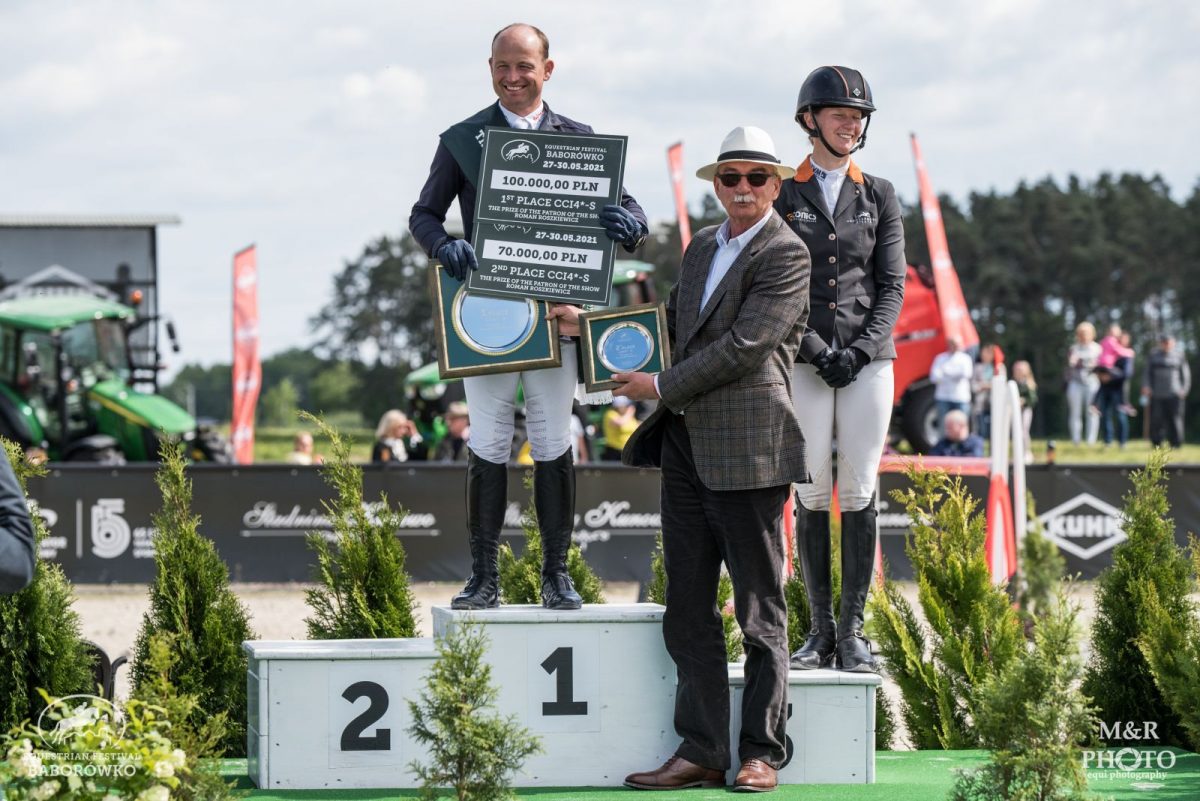 “We are very glad that some of the best eventers decided to visit Baborówko. We’re happy that in these difficult times and after a year-long break we managed to safely carry out the event, taking advantage of the potential of our new and modernized infrastructure,” says Henryk Święcicki Jr., the director of the show.

There was a change in the lead after the jumping for the CCI4*-L, for the trophy of Lotto. Fouaad Mirza (IND) was in the first and second place with Seigneur Medicott and Dajara 4. However, today he had faults in the jumping trial and so the win went to Aminda Ingulfson (SWE) with Hot Cup VH after a clear round. Fouaad finished second and third. 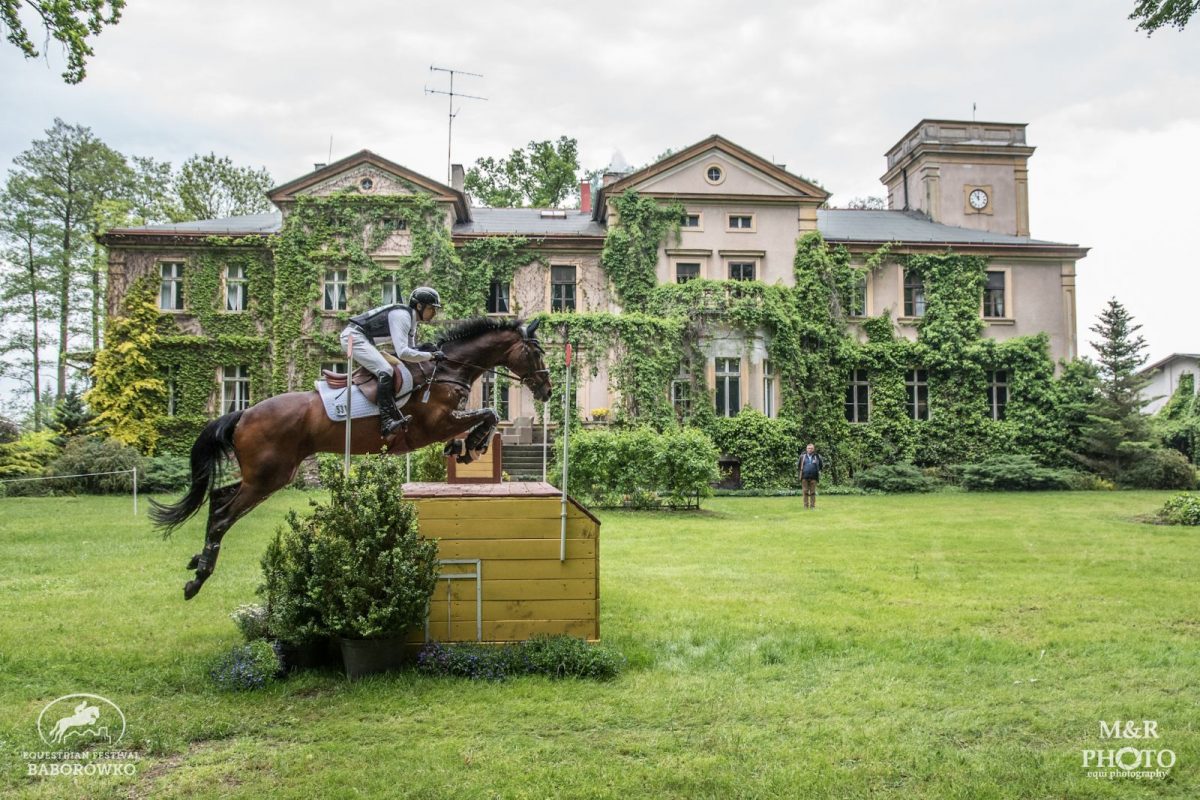 In the CCI3*-S, for the trophy of Kuhn, the first three placings went to German riders. Michael Jung was victorious with Kilcandra Ocean Power, second went to Hanna Knüppel riding Geke Equigrip’s Levinio, and third to Peter Thomsen with Cool Charly Blue.

Lotte Palmgren (FIN) with Geniale 11 took the lead after yesterday’s jumping in the CCI2*-S for the trophy of Concordia Grupa Generali, and kept her position in today’s cross country. Felix Etzel (GER) was second with Promising Pete TSF, and Esteban Benitez Valle (ESP) with Escara GP – third.

The CCI2*-YH for six-year-old horses, for the trophy of Kunowo Stables, ended with the win of Andreas Dibowski (GER) riding Crisallik. Merel Blom (NED) with Denim took second, and third went to Louise Romeike (SWE) with Madame D’ Engelbourg Z.

The leaderboard of the CCI1*-Intro remained unchanged since Saturday – Jerome Robine (GER) kept his lead with Coby R, Merel Blom (NED) with The Black Swan was second, and Malin Petersen (SWE) went home with the third riding Hulda.

More information can be found at www.festiwal.baborowko.pl.