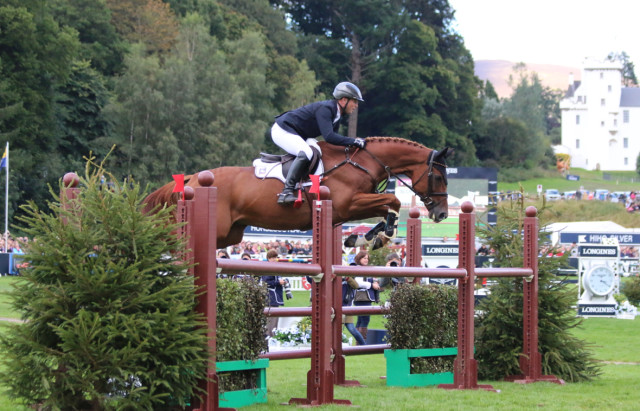 The German riders didn’t lower a single rail in the final phase to win the Longines FEI European Eventing Championships convincingly. Michael Jung takes his third consecutive individual gold medal, on a third horse, this time on fischerTakinou, the youngest horse in the field at 8 years old contesting only his third three-star – words fail me!

It wasn’t Great Britain’s finest hour this afternoon, but thank goodness for Kitty King who jumped a beautiful clear on Persimmon and moved up to fourth place, so narrowly missing out on a medal, and what an exciting combination Pippa Funnell and Sandman 7 are too, also jumping clear and moving up to finish 8th.

Team GBR finished in silver and Team France in bronze, which also guarantees their place at Rio next year. Sweden also booked their tickets to next year’s Olympics this afternoon. 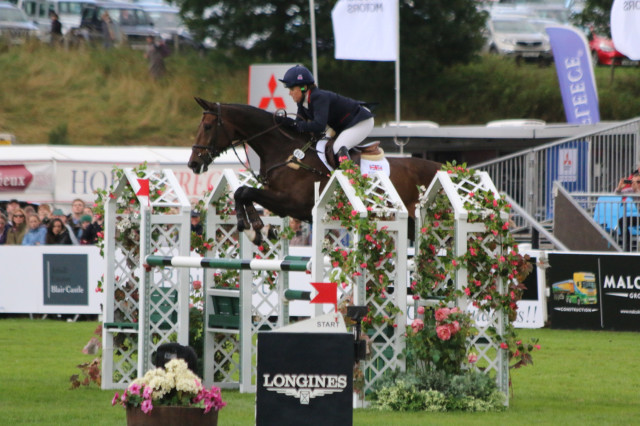 Dirk Schrade’s Hop and Skip gave the fences so much air he actually had the crowd laughing at times. The crowd was large and enthusiastic with the biggest applause for the Brits, predictably, but with a large German contingent too.

Holly Woodhead and Sarah Bullimore both had the dreaded brown oxer at number 7 down. Lily Corrinne also had the second part of the double at 9 down when she was just getting too quick. Oliver Townend managed a nice clear with Fenya’s Elegance, her tongue still hanging out!

The two Irish men Michael Ryan and Sam Watson on Ballylynch Adventure and Horseware Lukeswell jumped really class clears. Gemma Tattersall had a stop at fence 3 on Arctic Soul, and Laura Collett had a stop at the Team GB bogey fence 7 on Grand Manouevre.

There were 14 clears this afternoon – five of them German, two Irish, three British, one Nederlands, one Italian and two French. 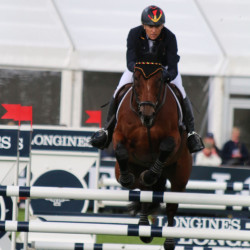 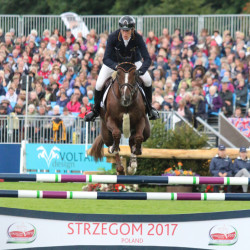 Dirk Schrade and Hop and Skip. Photo by Samantha Clark. 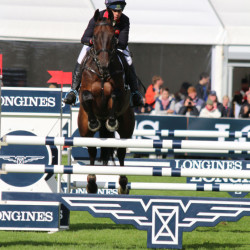 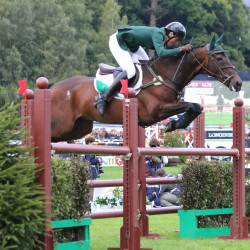 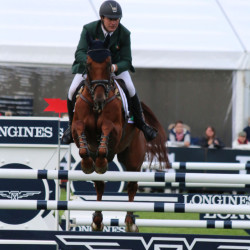 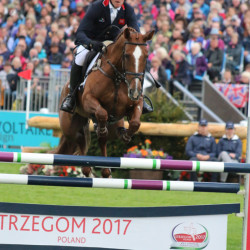