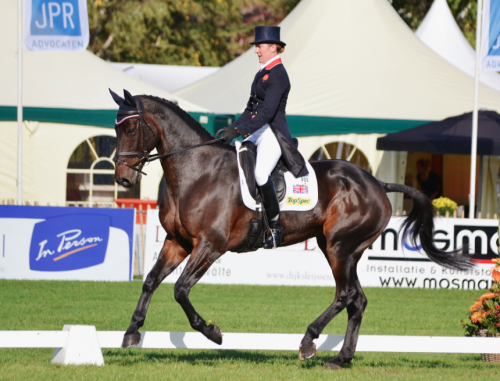 Good morning from Boekelo! We’re halfway through the first day of dressage here at the Grolsch Nations Cup, and Germany holds the preliminary lead, as Julia Krajewski and Lost Prophecy put in a lovely test to score 43.6. As just the second pair out this morning, Julia — who is riding as part of the German Nations Cup team — pushed through the chilly low-40 temps to set a high bar no one has been able to catch thus far. But the next three spots on the leaderboard are all Union Jack, as Great Britain has made a big statement this morning at Boekelo. Longtime British team member Nicola Wilson threw down in the last group to go before the lunch break to take second place with Watermill Vision on a 43.8. 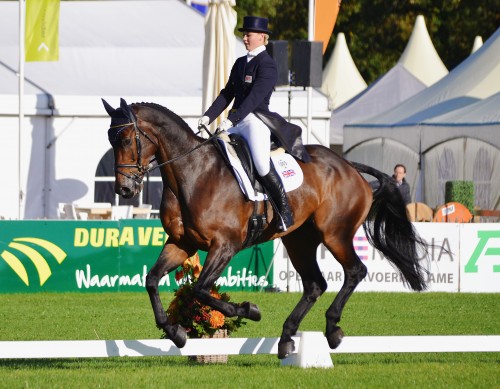 Nicola and Watermill Vision almost fell victim to the horse-eating marquee poles that flank either side of the dressage arena entrance. Silva Martin had just commented to me that the poles had to be extremely spooky for the horses, and just moments later the bay Dutch Warmblood gelding refused to enter the ring. Nicola calmly circled the horse and represented him to the poles, and the horse put on his big boy pants and went right in. We’ve seen quite a few horses spooking at the shiny poles this morning, as the bright sun is casting a sharp glare. Many riders are smartly circling their horses in front of the poles before entering the arena, and we’ve luckily managed to avoid any major mishaps thus far. 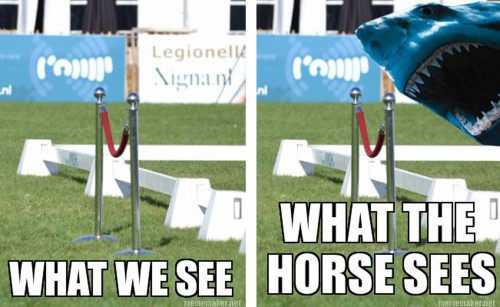 We also saw a lovely test from British young rider Dani Evans, who looked very poised and polished in her test aboard Raphael II, a 10-year-old Dutch gelding. This pair finished second in the Bramham CCI3* for under-25 riders earlier this year, and while they’re not a counting score for the British team here at Boekelo, they’re certainly a promising pair for the future. Oliver Smith and Noon Hill — whose test I caught on video — are another up-and-coming pair for Great Britain; they scored 45.8 to tie with Dani and Raphael II for third place. Sarah Ennis and Stellor Rebound, a lovely 9-year-old Irish Sport Horse gelding, round out the top five on a score of 46.6. 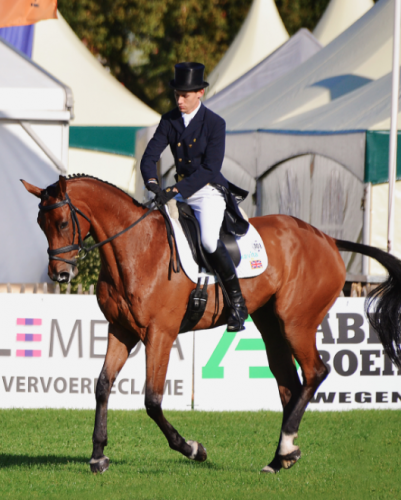 While the British riders have laid down very dominant scores this morning, none of their riders in the top five are a part of their Nations Cup team. Sweden currently leads the team standings, as they’ve been the only country to send out two qualifying riders thus far. Germany is in second place, while Ireland is in third. The second half of the day will be very exciting, as Michael Jung is first out after the lunch break with his lovely young horse Fischer Rocana FST. This 8-year-old German-bred mare looked simply stunning in the trot up yesterday, and I’m very excited to see her go in person. 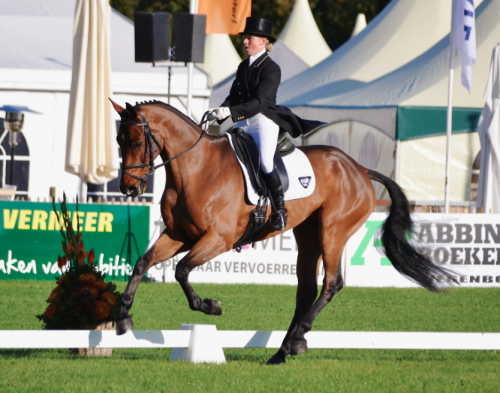 We also have the first of the Americans to go this afternoon, as Liz Halliday and Fernhill By Night ride their test at 2:49 p.m. local time, or 8:49 a.m. EST. I chatted with Liz yesterday about her partnership with “Blackie,” and the horse has really had a banner year, stepping up at the two-star level with an impressive sixth-place finish at Hartpury. He also contested his first three-star just last month at Ballindenisk, where they finished 12th. This is Blackie’s first CCI3*, and Liz is confident the horse is ready to rise to the occasion. I’ll be checking in right after Liz’s test to bring you a video and photos. Go Team USA! 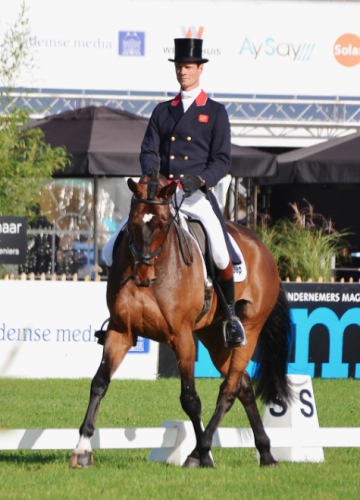 It’s a brisk but beautiful day here in the Netherlands, and thus far we’ve managed to dodge the rainy forecast that’s been threatening to dampen the festivities all week. I really can’t say enough about the event and the organizers; the venue is top notch, and the volunteers and officials are so friendly. I’ve never been treated so well at an international event, especially by the press team. The kind ladies in the media center just served me a Dutch staple — a butter sandwich on raisin bread — for lunch, and I’m feeling very spoiled already. Many thanks to all the officials and volunteers for their hard work; it absolutely is not going unnoticed. Stay tuned for much more from Boekelo! 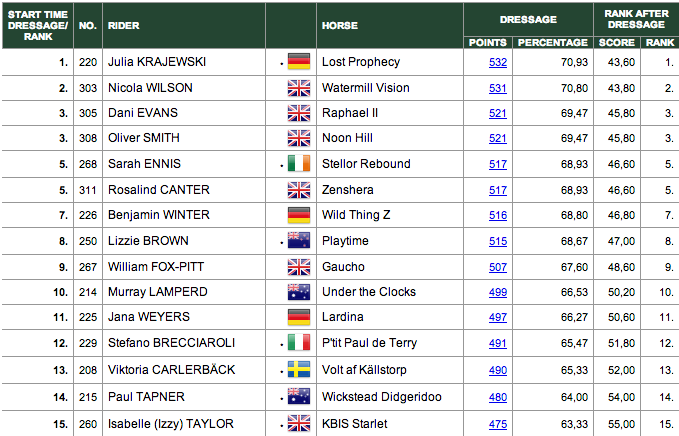