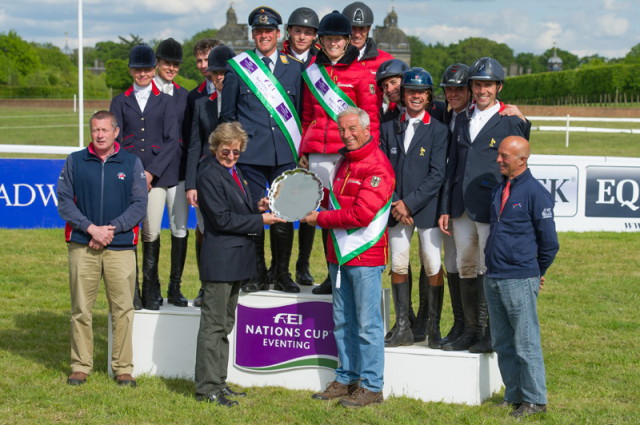 Germany made its first appearance in this year’s FEI Nations Cup™ count with a win at historic Houghton Hall in Great Britain this weekend, which is the third of eight competitions on the Nations Cup calendar. With 11 points now on the leaderboard, Germany is fifth in the series behind Australia and the Netherlands who are tied for third with 14 points.

“We are very happy to win here in England,” team manager Hans Melzer said in a statement. “The three boys were all clear inside the time, which meant that Sandra [Auffarth, the team anchor], on a younger horse, could afford not to rush and let the horse find a rhythm.”

Germany has twice won the Nations Cup series, but they have some ground to make up having missed the first competitions. However, this is the first time they have won at the British event.

“The facilities here are super and the cross country was really fun and encouraged forward riding,” Hanz said. “The ground was perfect after the rain.” 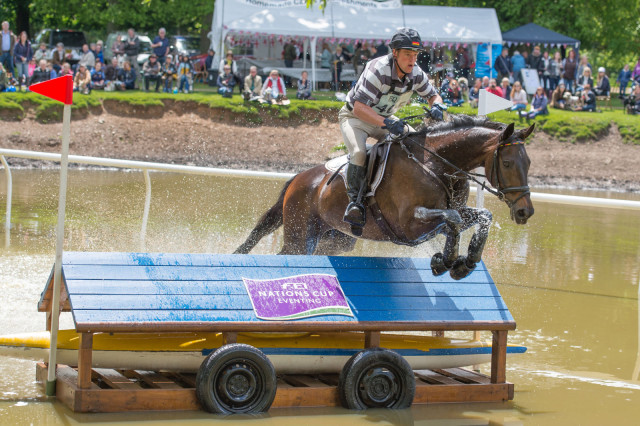 Andreas Ostholt (GER) and So Is Et at Houghton Hall. Photo courtesy of the FEI

The host country finished second out of the six teams. Great Britain now leads the Nations Cup leaderboard by one point over France, who finished third at Houghton Hall. France was second after dressage in the team competition, but Alex Gomez, who was fifth individually after the first phase, had an unfortunate run-out on cross country with Rien Qu’un Crack. Both Great Britain and France have competed in all legs of the Nations Cup so far this season.

Germany filled out the top five individual placings with Britain based Niklas Bischorer and Tom Tom Go 3 in fourth and the very experienced Dirk Schrade and Hop and Skip in fifth.

The three-man Australian team was unfortunately eliminated from the team competition when Andrew Hoy and The Blue Frontier failed to finish cross country. 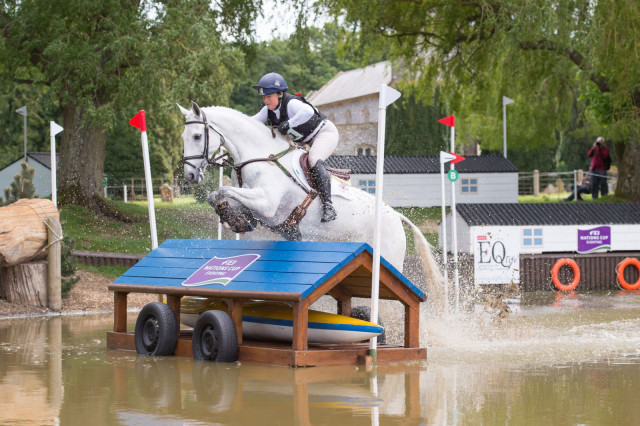 Pippa Funnell (GBR) and Billy The Biz at Houghton Hall. Photo courtesy of the FEI

The Nations Cup will now move to Strzegom in Poland, the location of the 2017 FEI European Championships. While the United States is not yet on the Nations Cup leaderboard, the USEF is accepting bids to host an FEI Nations Cup in the U.S. next year, which will drastically improve our chance of impacting the series. 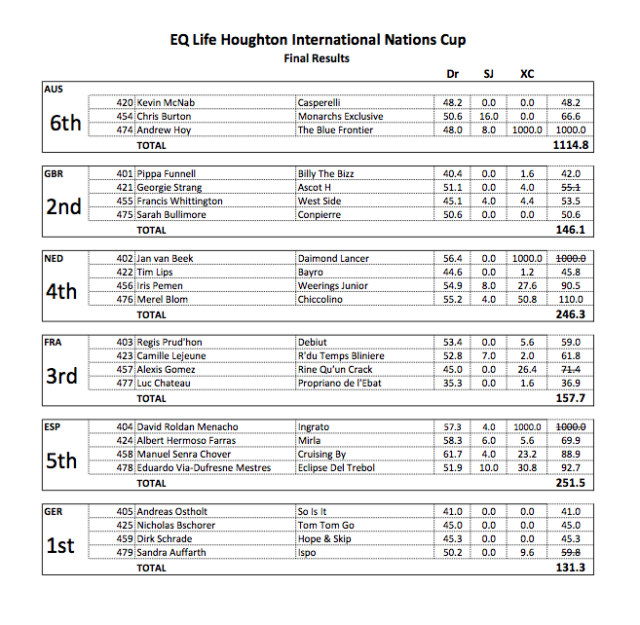 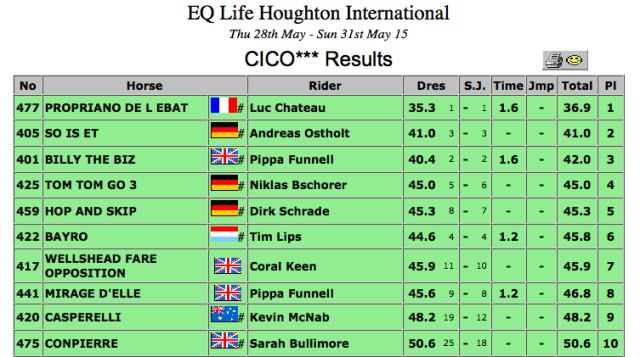