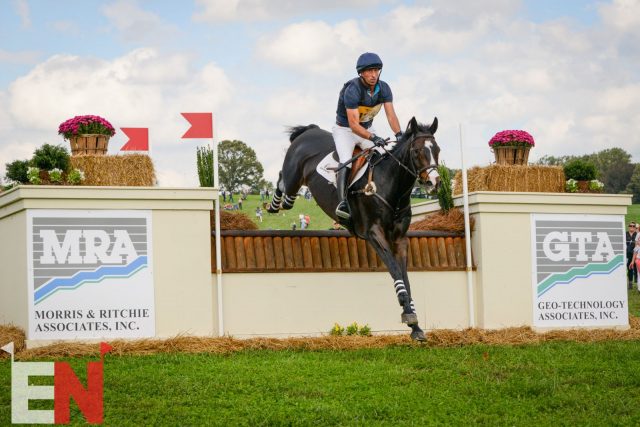 After making its spectacular debut last year and being named the Best New Event of 2021 , the Maryland 5 Star at Fair Hill is set to return to the Fair Hill Special Event Zone in Cecil County, MD, October 13-16. Tickets for the thrilling second edition are on sale now with tailgating options next to the exhilarating Cross-Country phase to become available on August 9.

The Maryland 5 Star at Fair Hill, one of only two 5* level equestrian events of its kind in the United States and just the seventh worldwide, welcomed a total of 20,886 spectators and 184 competitors that featured four of the top eight eventers in the world or its debut in 2021, when three-time U.S. Olympian Boyd Martin and On Cue made history by claiming the first American victory in any CCI5*-L since 2008. Now, the event’s management team is gearing up for a successful second year with some exciting new additions that will be announced soon!

In addition to the CCI5*-L, the event also features the USEF CCI3*-L Eventing National Championship. The Maryland 5 Star is also honored to host The Dutta Corp. USEA Young Event Horse East Coast Championships Presented by Dubarry of Ireland on Thursday and Friday, showcasing divisions for 4- and 5-year-old horses in what is best described as an equestrian talent search.

Tickets for the Maryland 5 Star at Fair Hill are on sale now at Maryland5Star.us/tickets. A variety of single and multi-day ticket packages along with exclusive Club and VIP Hospitality packages, General Admission tickets starting at just $15 and much more are available. Reserved Tailgate spots right next to the dynamic Cross-Country action will be available starting August 9.

Click here to purchase your tickets and ticket packages, and we look forward to seeing you in Maryland in October!