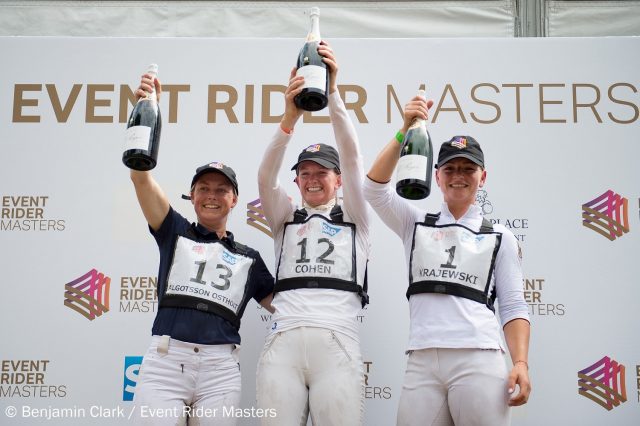 It’s not over until it’s over, and it came down to the final fences on cross country that determined the winner of the second leg of the Event Rider Masters 2017 Series at Germany’s Internationales Wiesbadener PfingstTurnier yesterday.

Ingrid Klimke (GER) and SAP Escada FRH had taken the lead in dressage with a 34.6, and Ingrid was grinning ear-to-ear as she and the very experienced 13-year-old Hanoverian mare entered the final section of cross country in the arena. There was a collective gasp by spectators, commentators, and live stream watchers as Escada glanced off the second to last fence not once but twice, dropping them well out of contention of an ERM victory.

The mistake meant Sarah Cohen of Great Britain and Treason would win the day, earning their first ERM victory, a 19,000 Euro (£16,000) first prize and taking the lead in the series. Sarah and Treason, a 15-year-old British Sport Horse owned by Preci-Spark Ltd and Mrs Elizabeth Jones, produced one of a few fault-free show jumping rounds and rocketed around the cross country clear with only 3.6 time penalties to add for the fastest round of the day. They finished with a final score of 46.8, nearly eight full points ahead of the pack.

“At the beginning of the year I wanted to give the series a go. We had a good time at Leg 1, so I decided to come to Wiesbaden. I wanted to be competitive but never thought I would win! I knew Treason was fit and he just wanted to gallop and jump today. I am over the moon with him,” Sarah said. 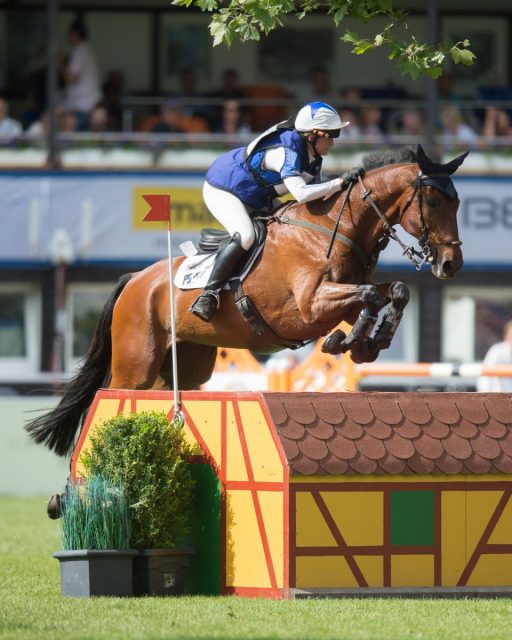 It was an all female podium for the first time in ERM series history. Joining Sarah in the awards ceremony was Germany’s Julia Krajewski, finishing second on 54.2, despite a three-rail show jumping round with Chipmunk FRH. Julia and Dr. Hilmer Meyer-Kulenkampff’s 9-year-old Hannoverian gelding rallied on the cross country, coming home clear with six time penalties to add, moving them back up the leaderboard and earning a 15,000 Euro prize.

“It’s very exciting to be competing in the Event Rider Masters. In my last five starts at Wiesbaden I’ve finished second and although I am not on top of the podium this is a very good result. I was disappointed with our showjumping, but Chipmunk FRH certainly made it up on the cross country today,” Julia said. 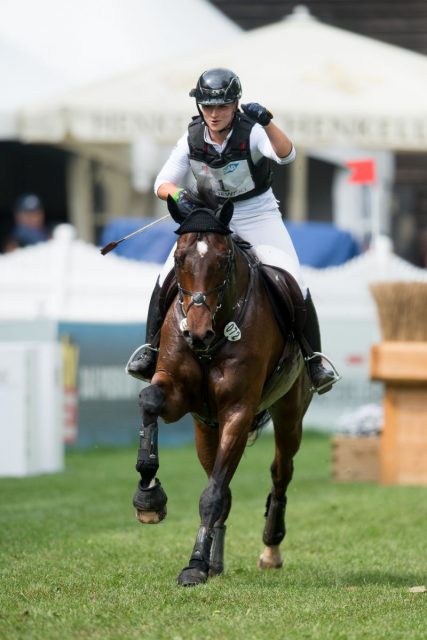 Third place and 10,000 Euros went to Sweden’s Sara Algotsson Osholt riding Reality 39, who held tight to a podium position throughout the competition. Starting out in third place with a dressage score of 42.0, they added three time penalties in show jumping and 10.8 on cross country to finish on 55.8.

“It has been a fantastic competition this weekend. I was pleased with our showjumping but I felt the cross country wouldn’t suit Reality 39 with the twists and turns as he is a big horse, but he responded very well to the challenge and was superb today,” Sara said. 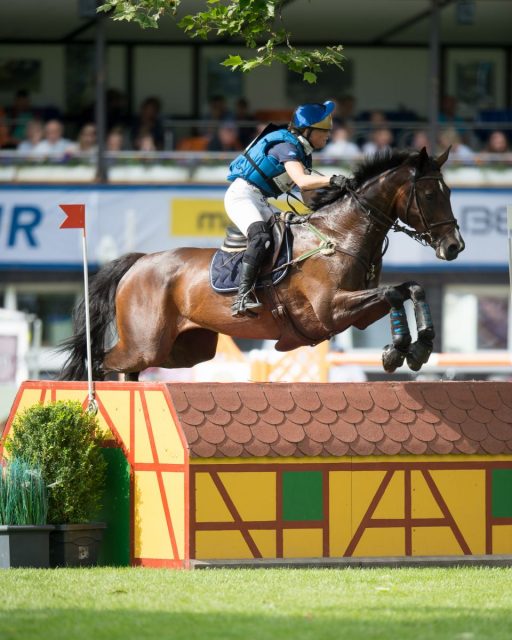 With two legs completed and five remaining, the competition is heating up in the 2017 ERM Series. Sarah Cohen has taken the overall lead with 51 series points for her win yesterday and a six place finish at the first leg at Chatsworth. In second is Marcio Jorje (BRA) with 37 points, finishing 9th at Chatsworth and 8th at Wiesbaden riding Colonel MJC. Great Britain’s Gemma Tattersall is third on the leaderboard having won the class at Chatsworth with Quicklook V. Betting Hoy of Germany and Julia Krajewski are tied for fourth with 28 points. Click here to see the full rankings.

See full results from Wiesbaden at this link. Watch the replay here and learn more about the Event Rider Masters series here. Barbury Castle will be the next ERM leg July 8-9. As always, you’ll be able to see all the action live and for free on eventridermasters.tv. 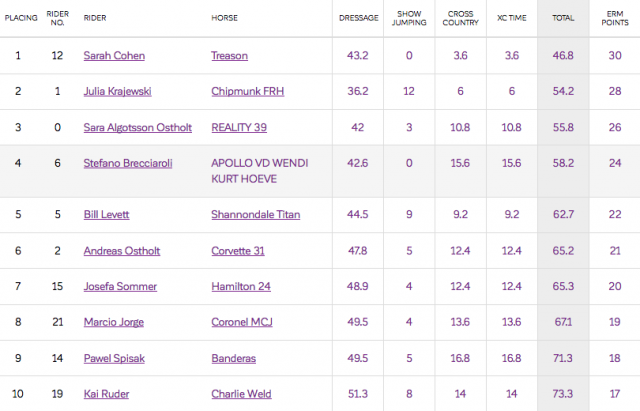