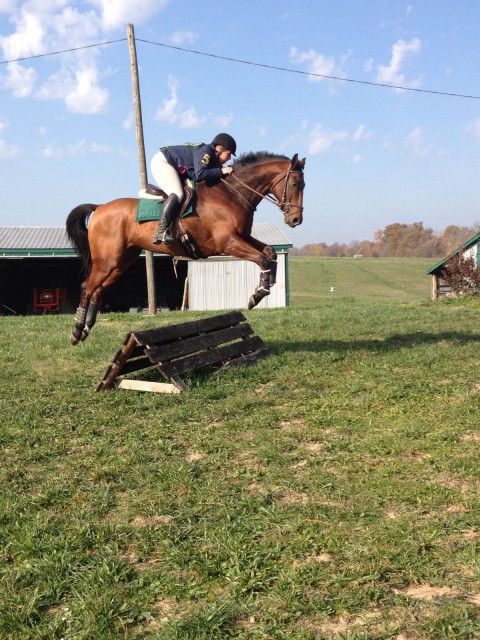 After having a week to decompress (ok, work every night) since the three day, I’ve been able to think about my weekend, my horse, and plans moving forward from here.  Bird is the Word, or Goose as he is known to all of his buddies, has been a pretty cool little horse from the start, always stepping up to the plate and being almost on the fast track.  When a horse is brave and answers all of the questions, sometimes it is difficult to not make really big plans for them and get a little ahead of yourself. 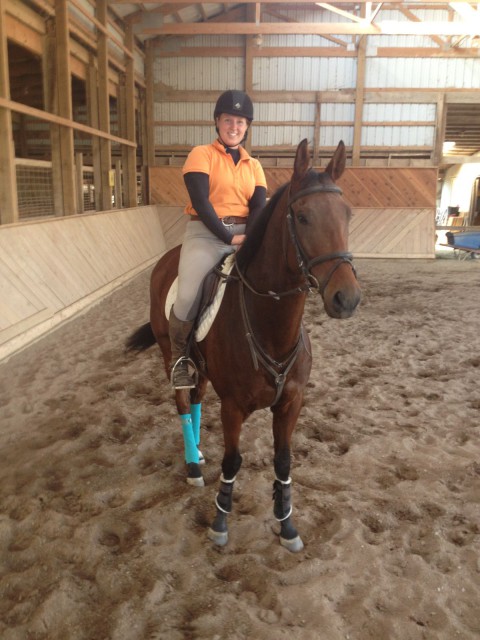 He had an awesome first season, making a trip to Aiken to compete at his first Beginner Novice, then moved up to Novice in style to lead from wire to wire.  When he jumped clear around his next two events, finishing 6th and 3rd, it was really easy to begin thinking about the Training level.  I knew other horses who came off the track around the same time as him who were already running Training, and aimed for the long format at the end of the year- so why couldn’t my horse?

We made the move up successfully, but life still got in the way and I found myself forgoing the three-day at Hagyard Midsouth and frustrated for some time.  My horse was fit, jumping well, and throwing down great scores on the flat- I should be there!  Looking back now, I know that it was the correct decision to not try and cram in qualifying runs and to give my horse the time to develop into the horse he is today.

As the winter and spring progressed, I continued to rewrite my plans for the season.  Finally, the decision was made to target the long format and then move him up from there.  Since then we have decided to push back his move up again in favor of getting in another confidence building run, as well as some hunter shows and combined tests at the Preliminary level.  I want him to be the most confident horse in the world when I enter the show jumping ring or leave the start box.  Goose gives me everything he has every time we compete, and I owe him nothing less than to be as prepared as possible before asking him something new.  After all, he has just turned seven this week!

When I see others’ posts on Facebook about their young horses moving up through the levels quickly, I have to stop and think about their situation before I get down on myself.  Every horse is different to begin with, and when someone lives in Virginia or can spend the whole winter in Aiken they have a lot of training opportunities that are not available here in Illinois.  If my horse could run ten events in a year without traveling six hours one way to each of them then yes, he would probably (hopefully) be confidently cantering around green-flagged courses already.  But I am not in that position, so I have to adjust my plans and keep writing in pencil. 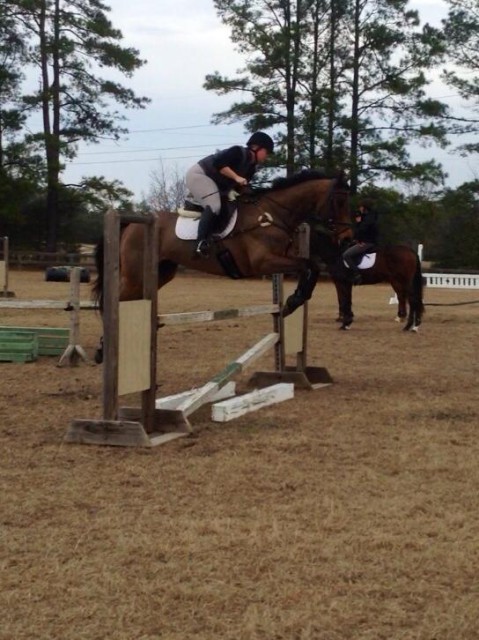 Schooling in Aiken 2014: Back to the basics

Fortunately we are not under any time constraints; I am too old for Young Riders, I am not trying to qualify for any international championship team, and I having nothing to prove to anyone.  I love that I have made the decision to keep my horse in a big, fat snaffle until he tells me he needs something else in his mouth, instead of cranking him down in some crazy bit to steer him around a cross country course right after he came off the track.

I don’t jump his legs off because he won’t be able to compete more than once a month due to travel and time off from work, and I don’t need him schooling Intermediate height while we are still running Training.  I want him to be the best prepared that he can be for the level he is running, and I want to know that I put in the proper tools and development before I enter him in an event.

I understand that it is hard to do sometimes because we see all the professionals who are on the fast track with a lot of young horses.  But if you really look at their USEA records, just because they went from beginner novice to training in three months does not mean they have not shown several times.  Horses and professionals that live on the East coast do their homework the same as you and me, they just have more educational opportunities in a shorter amount of time.

One thing I have really learned in the last year is that listening to your horse is more important than saying he is successful at a level; just making it around and finishing with a score is not really being good at the level.  I am guilty of stops, rails, and less than par dressage scores, but I want to consistently have a score in the 30s, clear cross country rounds, and one rail or less before I even begin to think of moving a horse up.

The occasional blip or fluke round is going to happen, but having several rails or stops every outing is not successful.  I believe that if more people practiced this then their horses would be more confident and more sound all the way around.  Just remember too, no one will ever say you made the wrong decision for taking a step back to get you or your horse’s confidence back.  This sport is supposed to be fun and safe!  Life is not always about being in the fast lane.