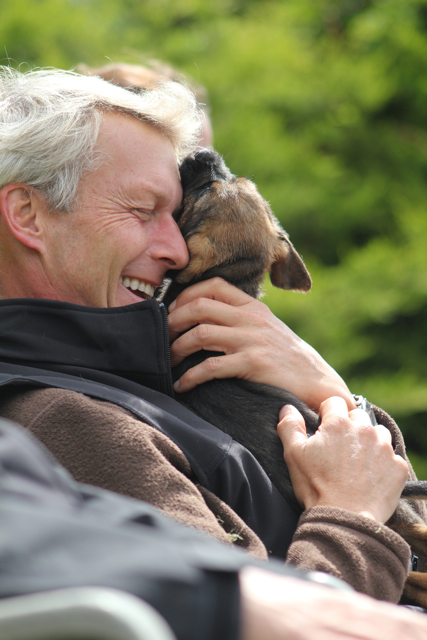 “The riders have been absolutely wonderful to work with, and I have immensely enjoyed these past nine years,” Graeme said. “It was a privilege to work with David O’Connor, and he and I saw eye to eye on a lot of things. I felt that as a team, we made a big difference.” Graeme said he wishes all the best to current team coach Clayton Fredericks going forward.

With Graeme stepping down, Peter Gray will serve as High Performance chair. Jacky Green has been appointed chef d’equipe for the World Equestrian Games, with Max Corcoran serving as stable manager. Graeme helped facilitate getting Jacky and Max into these positions, and he said he’s thrilled they agreed to sign on.

“Jacky is unbelievably knowledgeable and has a ton of history in the sport,” Graeme said. “She also knows the riders, as our teams have been based at Maizey Manor in the past. Max is equally experienced and knowledgeable, so these are two great people to fill in with me leaving.”

While this is not how he expected to leave his position, Graeme said he is content with the decision: “These things happen, and I felt it was a point of principle. I think I have the respect of the riders I’ve worked with, as well as the support staff,” he said. “I’ve also really enjoyed developing relationships with the owners and sponsors; they’ve all been very supportive.”

The announcement of Kathryn Robinson’s ineligibility to compete on the Canadian WEG team came on July 2, more than a week after his resignation, and did not factor into the decision.

Graeme’s tenure as chef d’equipe will be remembered as one of the most successful periods in recent Canadian eventing history, sweetened by a team silver medal at the 2010 World Equestrian Games in Lexington, Ky. He served as chef d’equipe during the course of five major Games.

The EN team would like to thank Graeme for his service to the Canadian Eventing Team. His legacy will live on through his great hair, which will be remembered as the best in North American eventing. Thanks for the memories, Graeme, and best of luck in your future endeavors.