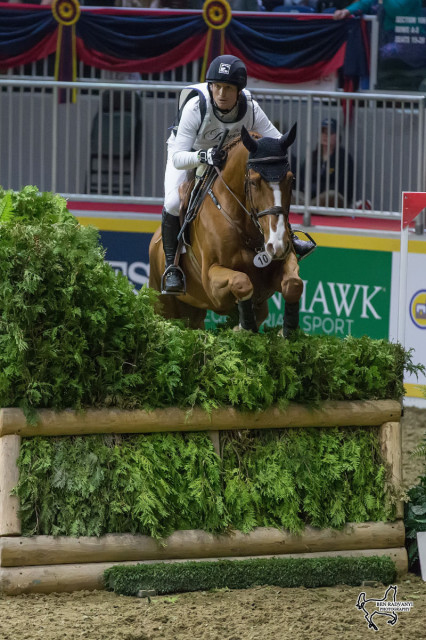 The more difficult second night course changed the scoreboard around, but for Michael it was just one simple step up to the win top honours with a 82.36 and no penalties, over four seconds faster than the round 2 score of Toronto’s own Rachel McDonough and her lovely Irish Rhythm. For last night’s leader, Karl Slezak, it was disappointment when he could not replicate his fluid, perfect round of the previous evening. 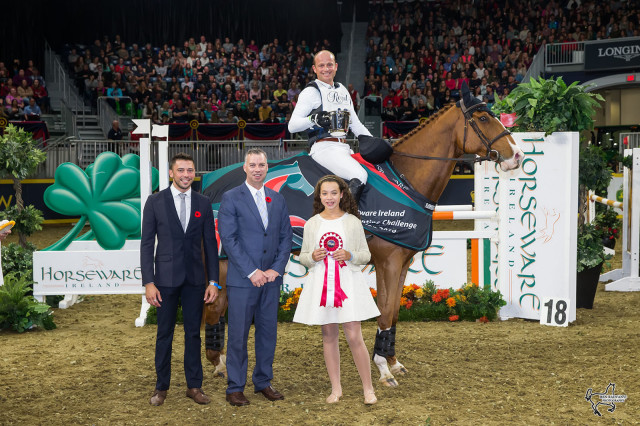 In only 31 hours, six different times zones, one schooling ride, and two competitive rounds on a horse he’d never ridden before, Michael proved why he’s called Ze Terminator, even indoors! As Michael said, he had a “good feeling about this horse,” and he was exactly right. (We can only guess that ‘Dexter’ was thinking “I’ve got a good feeling about this rider….”)

The Saturday night course of 18 obstacles was more demanding than Friday’s round one, but the dreaded ‘bounce bank’ caused no problems, strategically placed by savvy course designer Mark Phillips off a short corner to reduce the speed into it. The bogey fence on the course was the final fence – a show jumping oxer of birch rails – which took its toll on a number of riders who decided to ‘go for it’.

The course rode well each evening, with few refusals. The synthetic ‘log’ popped in half when a little equine pressure was applied during a refusal, and great cheers from the crowd erupted when the replacement ‘log’ was carried in on the shoulders of just one guy! 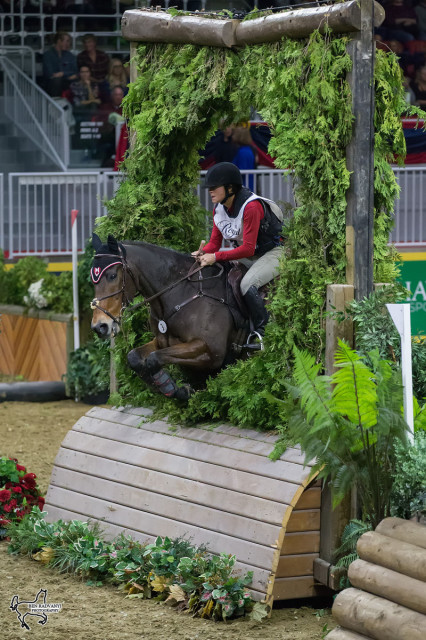 Michael’s dominance tends to overshadow the other riders’ accomplishments, but stepping up her performance and standing under pressure was Rachel McDonough on Irish Rhythm, with a clear round and a time of 86.56, putting her in second place.

Jessica Phoenix rode Charlotte Schickendanz’ Abbey GS, a veteran competitor at the Royal, whose one fault and round 2 time of 95.70 gave her the third place slot, followed by Diana Burnett on her Thoroughbred, Manny. 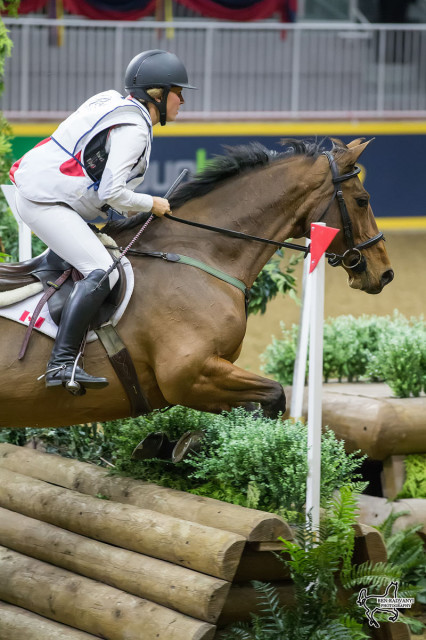 It’s worth noting that Michael Jung’s twinkle, positive messages, and good nature are well known, but in the course of the many years of covering the Indoor Eventing at the Royal, it’s been my experience that all the eventers bring a positive energy and a sense of camaraderie to their sport. Good on all of them!

[12:54 update: The scores reflected in the image below and within this article are different than when it was first published this morning. The final score this year was determined not by combining the times for both rounds but instead by combining the round 2 time and any penalties incurred over the two nights of jumping. Regardless, the top six remain unchanged.]