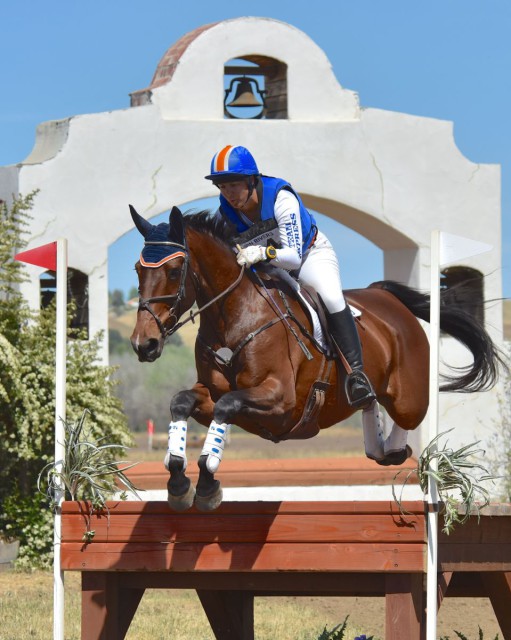 Paso Roblos is known for many things in California – gently rolling hills, wine, and Twin Rivers Ranch, the Baxter family owned and operated equestrian eventing venue. Twin Rivers is also one of the few venues on the West Coast with enough land to make CCIs possible.

While entries in the upper divisions are down from last year, it’s for good reason; most of the West Coast’s top partnerships are headed east for Rolex or Jersey Fresh. With the Pan Am Games this year, the West Coast is more than ready to do its part in securing a win for Team USA, which made for an exciting weekend at Twin Rivers Ranch

CCI2* Stadium Shakes Up the Scoreboard

A combination of freshly painted stadium fences sparkling in the sun and a Jose Nova course caused shake ups in all divisions, the CCI2* included.

Nothing seemed to phase Heather Morris and Company Team Express’s Irish Sport Horse Charlie Tango, who led from start to finish. They have made quite a name for themselves this spring on the West Coast, placing in the top three in four out of his five events this spring, including a win in the Open Intermediate here at Twin last month. Despite one rail in stadium today, Heather and “Chuck” finished solidly on a 46.5. Not bad for their first CCI2*!

James Atkinson and the Selle Francais gelding Nabouco De Lessay moved into second. Sarah Broussard and Martha McDowell’s lovely bay steadily climbed the ranks this weekend as one of the more experienced horses in the field. Patience paid off with only one rail to add to their dressage score to give them their personal best finish in the CCI2*.

Jennifer Wooten and Martha McDowell had the ride previously on this talented horse, and James’ plan to bring Hugo to back to Rebecca Farms to contest the first inaugural CCI3* there seems right on track.

Canadian Nikki Ayers and Andee Stow’s Rubicon jumped two spots to finish third in their very first CCI2*. “Rubix” was foot-perfect yesterday, and while his toes touched two rails, Team Red kept their momentum going. Rubicon is a striking Swedish Warmblood that captures hearts everywhere he goes, and it’s a genuine pleasure to watch this partnership in action. Their respect and care for each other is evident, with Nikki always saying she just wants to do her best for Rubix because he deserves it.

Megan Lepper’s DeMello and rider Tamie Smith finished in fourth. Tamie is happy that DeMello has “proved he’s a very solid 1* horse that can teach a kid good stuff.” I don’t doubt there will be a list of riders eager to partner up with this beauty! Hawley Bennett-Awad and Jan Hawthorne’s OTTB Bodark put in a solid performance in their first CCI** to round out the top 5.

A special shout out to Erin Murphy and Savid Murphy’s Athlone Travel On who were the only pair go double clear today. 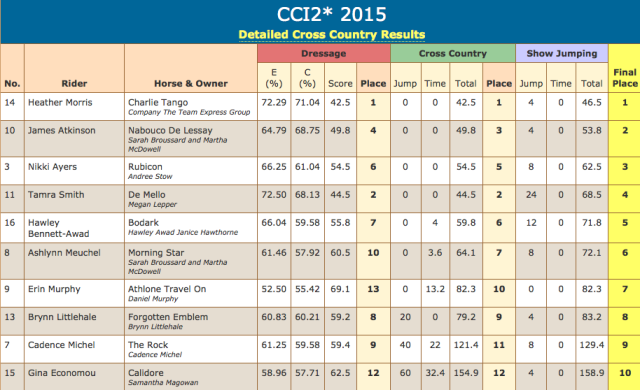 Durr Eventing goes 1 and 2 in the CCI* 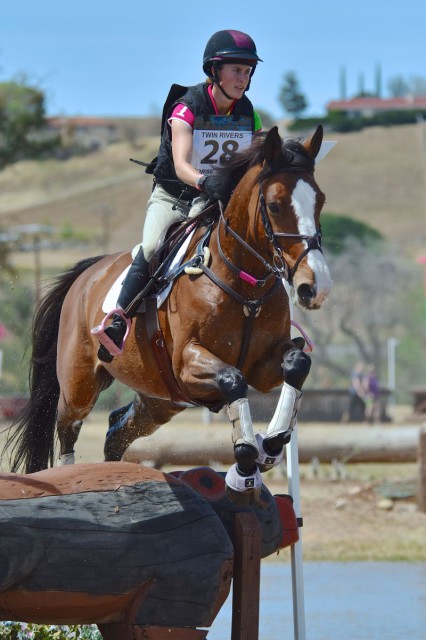 With only three double clear rounds in the division, the scoreboard was set to be shaken. But your leader after dressage could not be caught this weekend, splashing onto the FEI stage with a statement making event. Kimmy Steinbuch held the lead from the start aboard Ruth Bley’s Sparticus D’L’Herbage and never looked back.

“Sparty,” a recent import from France, jumped to the top of the standings with an impressive 45.6 in dressage and a double clear over James Atkinson’s cross country track. With one rail on Jose Nava’s stadium course, they managed to hold onto for the win.

Even more impressive is how new this partnership is. Twin is only this pair’s fourth rated event together, as they started out at Training in February at the Fresno County Horse Park. Knowing Kimmy will be under the tutelage of Eventing 25 coach Leslie Law and occasional lessons with DOC, we are all excited to see what happens when this partnership really blossoms. 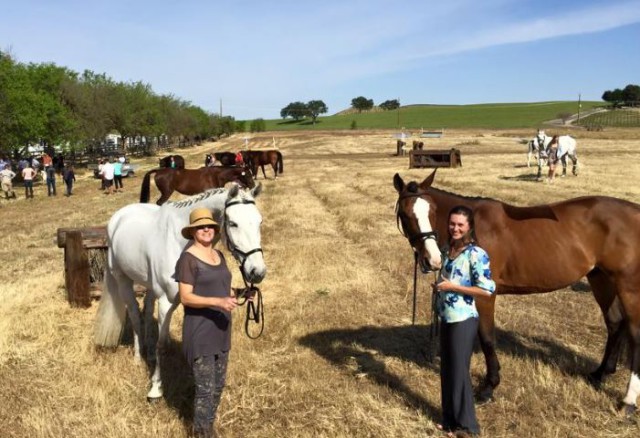 Ruth Bley and Silver Sage stand next to Kimmy Steinbuch and Sparticus D’L’Herbage, your top two in the CCI*. Photo courtesy of Durr Eventing FB.

Ruth Bley rode her own Holsteiner gelding Silver Sage to capture second. Ruth and “Sage” have been partners since 2012, competeting at the Preliminary and 1* level together with great success. Ruth is not only a great presence as rider, but as an owner as well. Her “Espirit de la Danse” is headed to Rolex with John Michael Durr this year, and neither could be more pleased.

Ruth also took home the blue in the YEH 5-year-old competition with her own Solo Key, a black Hanoverian gelding that came in third in the YEH 4-year-old class at this same event last year. 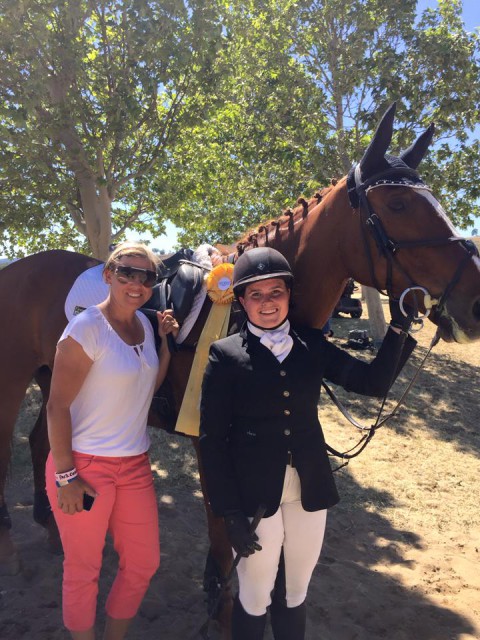 Fleecework’s Mystere du Val has found his forever home with the New sisters, but that doesn’t mean he’s ready to stop competing! “Bean” and young rider Elizabeth New also finished on their dressage score to secure a third place finish, seemingly having no trouble with anything this weekend.

Sonya Bengali and Leah Feliz’s Gershin H.H. also jumped clear to move into fourth, while Julie Flettner and Ping Pong had an unusual rail to move them down to 5th. 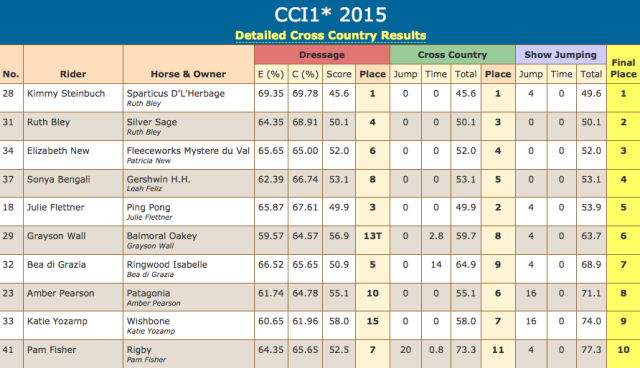