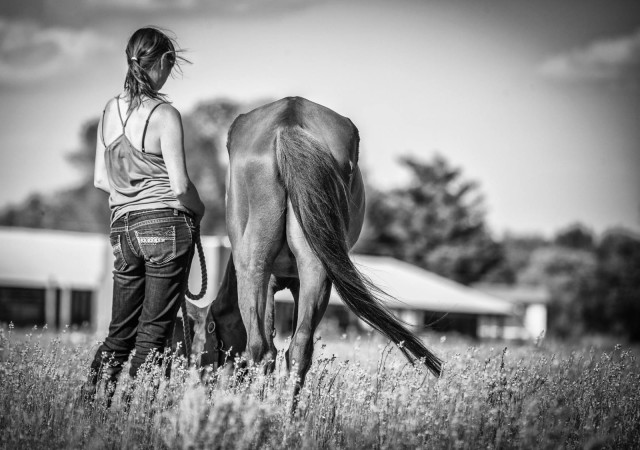 Six months ago we met Hope the Wonderhorse, an emaciated 2-year-old filly with a strong will to survive. She was days from death when she was rescued and her prognosis for survival was slim to none, but through round-the-clock care and the contributions of a concerned community, Hope defied the odds every day. She is now the strong, healthy, rambunctious filly she was always meant to be.

“She is one feisty son of a gun,” said Rachel Medley, co-founder of the Sandhills Horse Rescue and Hope’s primary caregiver from the start of the ordeal. “She has an opinion and is looking for someone to give it to. I think that’s what really enabled her to survive.”

Despite her ill health and shocking physical state, Hope quickly made it clear that she was not ready to give up on life. As long as she was game, her caretakers were too. She never turned down food, nickered at all her visitors and the light in her eye never faded.

In the beginning, Hope was so weak that she couldn’t rise without assistance. As a result, she would stand for days until she reached the point of exhaustion. Then when she did lay down, she would panic and thrash, reopening healing wounds. Securing the use of a sling, which allowed her to get the rest she needed to facilitate healing, was major step forward in her recovery.

“In that deep REM sleep her body was recovering and able to heal wounds and get infection out. In a state of exhaustion all the time she couldn’t heal as quickly,” Rachel said.

The first sling – an Anderson sling – was provided by Justin and Tory McCloud of North Carolina Equine Assistance and Specialized Transport. They would drive an hour every other day to the Sandhills Horse Rescue and set up the sling so Hope could have a nap.

The Anderson sling was essential at the time, but it was not a perfect fit for Hope and Rachel knew they needed something more long term. So she set up a fundraiser to help buy a custom fit sling ideally suited to Hope’s needs.

“We raised the money we needed for the sling within four or five hours of making the post,” Rachel said. “People continued to donate, and we wound up raising over $10,000 in 24 hours. It was mindblowing. I couldn’t believe it as the numbers kept going up. My faith in humanity was restored.” 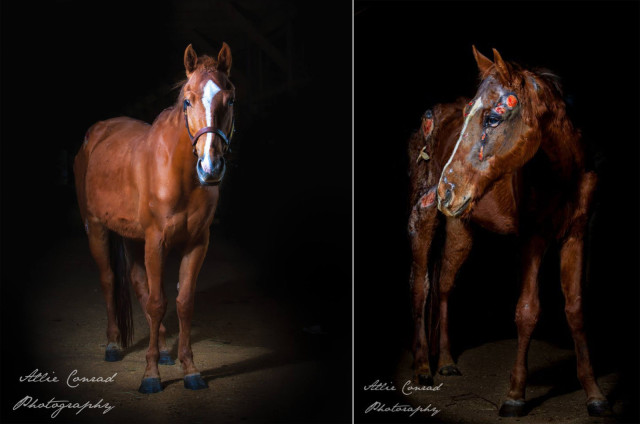 Hope’s new custom sling was delivered within a few days, thanks to the quick work of Liftex who created the sling and FedEx who expedited the delivery.

Hope still lay down in her stall from time to time, however, and rising unassisted continued to be difficult. As she strengthened, she was soon trying to “help” her caretakers when they came to lift her to her feet.

“It got to a point where it was getting very dangerous for her and for us,” Rachel said. “We thought if she doesn’t figure out how to get up on her own in a week or so we had to figure something out. She was getting violent, stronger, heavier.”

Animals are inherently intuitive, however, and Hope must have known the time had come. Two days later, while no one was there to witness it and one couldn’t guess as to how many attempts it took, Hope stood up unassisted.

“When I came out in the morning and she had shavings all over her neck and mane, I totally lost it. It was a big day.”

That was a turning point in Hope’s recovery, Rachel said. “I always felt that when she can lay down and get up on her own is when I would breathe a sigh of relief.”

After that, Hope seemed to get stronger – and feistier – every day. She was turned out for gradually longer amounts of time with her friend Maggie; the wounds on her face and hips rapidly healed; and she gained precious weight. Now in her 3-year-old year, she’s blossomed into a healthy, shining mare.

“When she was bad it was worse in person than in pictures. Now it’s the opposite. She looks so good in person – the pictures don’t do her justice,” Rachel said. “She has an aura or presence about her that seems to magnify whatever condition she’s in. Maybe that’s me projecting that onto her, but it seems like she exudes extra of whatever she is. If she’s wonderful, she’s extra wonderful.” 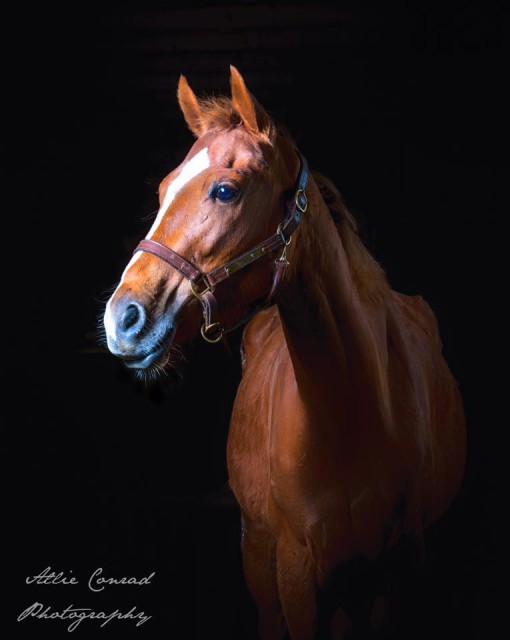 Even in the early days of Hope’s recovery, she was making an impact on the veterans who came to Rachel’s farm for the Old Glory Legacy Foundation, a non-profit organization for soldiers and their families. Hope’s impression on the program has evolved as she is truly an embodiment of her name.

“In a lot of ways she’s a mascot not only for the rescue but for the foundation. Initially she was fighting every day to survive and now it’s ‘I’m recovered. Let me thrive and look to the future.’ Her resiliency and journey of resiliency resounded with veterans that come here,” Rachel said.

“It used to be they’d meet her and say wow, I connect because she’s gone through trauma and is fighting to move forward. Now they’ve seen her journey for six months and they’ve come to see her and participate in that journey.”

For the foundation and for the rescue, Hope has brought people together. Many elements had to combine to result in a successful recovery, and the experience has since created a community and formed friendships with Hope at the heart of them.

“It has been really the ultimate exercise in ‘it takes a village.’ If you take out any of the elements of everyone who came together, the horse wouldn’t have made it,” Rachel said. “Now there are friends I have who come to farm that have become part of the volunteer force.

“We all know we met because of Hope, but it’s become more than that now because they are coming to help with other rescues we’ve taken in.”

A lingering wound on Hope’s withers is the only remaining sign of “before,” and she has been moved to a farm closer to Dr. Lisa Kivett so it can be closely monitored.

“Dr. Kivett is the woman behind the scenes as far as what has helped me make this happen for Hope,” Rachel said. “She kept the horse alive. She kept driving forward and put so much blood sweat and tears into this horse.”

Hope is almost to full strength. She feels good – very good – and is starting to learn about ground manners and personal space. She has been showing off her athleticism running fast laps in the field, and Rachel said there is no denying there is Thoroughbred in her ancestry somewhere.

“Her personality is such that she will be a tough nut to crack when it comes to riding!” Rachel laughed. But as they have all along, Rachel and the rest of Hope’s support team will take it one day at a time.

“In my opinion she has the right to as rich a life as possible. If her wound on her withers heals with minimum scar tissue and she can comfortably wear a saddle or harness, we will teach her anything she wants to learn and do any job she wants to do.”

The Sandhills Horse Rescue has taken in additional horses since Hope inspired its creation this January. Currently they are housing two mares who foaled within two weeks of each other, and some of the leftover money from Hope’s sling fundraiser is facilitating their care. The rescue will stay well within its funding abilities but hopes to one day be able to take on more horses at one time.

Please visit the Sandhills Horse Rescue and the Old Glory Legacy Foundation websites, and be sure to find Hope the Wonderhorse on Facebook and follow her incredible journey.