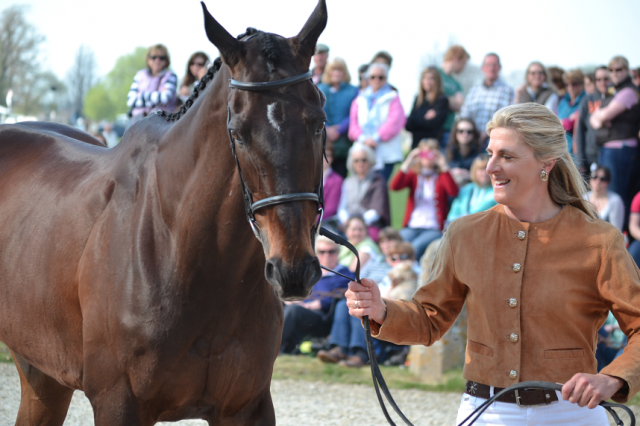 Tina Cook announced this morning she is retiring her longtime partner Miners Frolic due to concerns about his heart, Horse & Hound reports. The 16-year-old gelding, known as Henry around the barn, experienced a heart fibrillation after a ride last week, and the owners and a veterinary heart expert agreed it best to retire him. A huge favorite among British eventing fans, Henry and Tina won three Olympic medals, team and individual gold at the 2009 Europeans, and team gold at the 2010 WEG. Go Henry!

Tina Cook has told H&H that she has retired Miners Frolic after a problem with his heart.

The 16-year-old, better known as Henry, won 3 Olympic medals, team and individual gold at the 2009 European Championships and helped to secure team gold at the 2010 World Equestrian Games.

Henry suffered a heart fibrillation after a hack last week. After further consultation with veterinary heart expert Celia Marr and his owners, Nick and Valda Embiricos and Sarah Pelham, the decision was taken to retire him.

“He’s felt great and I was quite excited about the year ahead,” Tina told H&H.

“I had thought the World Equestrian Games [in August] might be his swansong — he looks amazing and feels as good as he’s ever done. But it’s not to be.

“He can now have a very happy retirement.”