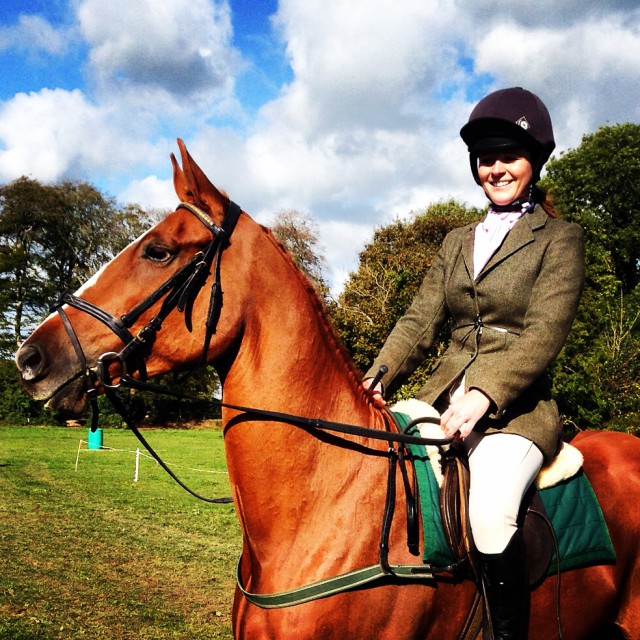 “What was the best day of your life?” my young son asked me years ago.

Immediately I remembered competing in a hunter pace on a bright New England autumn morning, so clear I could taste the golden light. I remembered the fragrance of leaves, soil, saddle soap, horse sweat.

I remembered the exuberance of my dapple grey Irish Sport Horse, flying up and down flame-red hills, bounding over stone walls as if he had wings. I remembered his joy and confidence, felt the joy and confidence he gave to me. That was one of my best days, I thought. That is a day I will savour for the rest of my life. 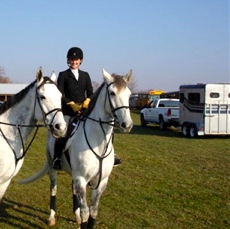 Marianne van Pelt on the best day of her life

Someone once said that horses in Ireland are a drug, and I hungered like an addict for the high of riding that Irish Sport Horse cross-country. From the day he arrived off the airplane everything was fresh, everything an adventure.

I felt lucky to have him, but at the time I didn’t know how lucky I was. Now that I live in Ireland, I know that little horse was the embodiment of centuries of hard-won traditional Irish bloodlines, bloodlines that are today under threat.

“Long ago every farmer had a horse that drew the plough during the week, hunted all day on Saturday, and took the family to church in style on Sunday. That one horse had to do everything, and the weak ones fell away,” veterinarian Des Barnwell explained to me recently at the Traditional Irish Horse Association’s (TIHA) Hunter Show and Go Sale on the grounds of Scarteen House, in County Limerick, Ireland. 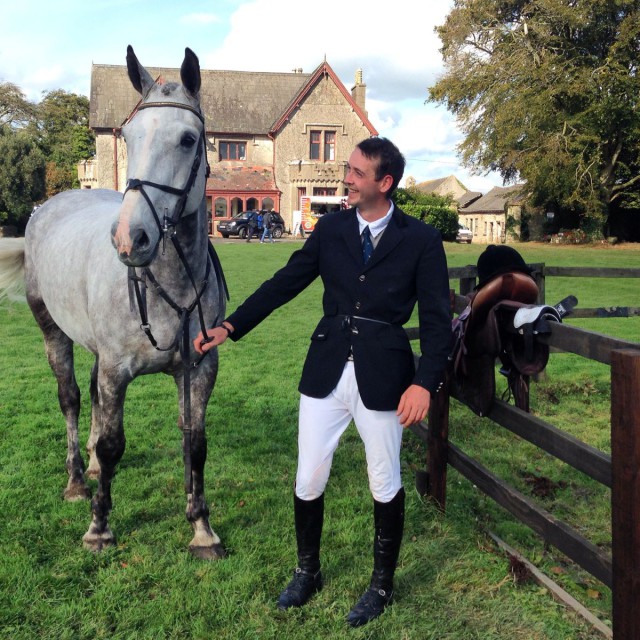 These horses, I was told, were mostly bred in small numbers by individual farmers, as a minor sideline to their serious farming. The horses were crosses of heavier working Irish Draughts, Irish Cobs, and Connemaras with retired Irish Thoroughbred racehorses. The Thoroughbreds brought fire and stamina, while the Draughts, Cobs and Connemaras provided hardiness.

“The ones with Connemara blood are seriously tough”, said Barnwell. “They grow on rock. They live where you die. And they’re clever. All the horses you see here can think on their feet. They get themselves out of trouble. In Ireland we’re all do-it-yourselfers – there are no rich owners – so the horses have to be good for amateurs.” 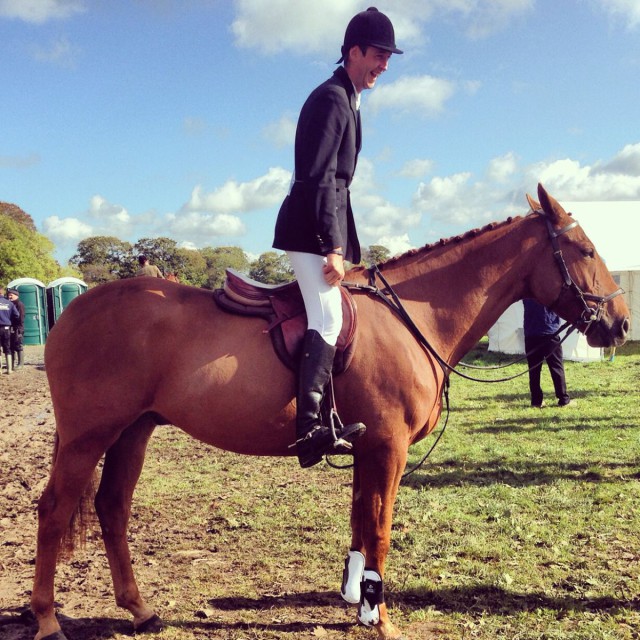 The historic Irish breeding system sounds haphazard when compared to modern centralised state-funded scientific methods, but it worked because conditions were scant, the demands on the horses were real, and only the strongest, soundest, and smartest survived. 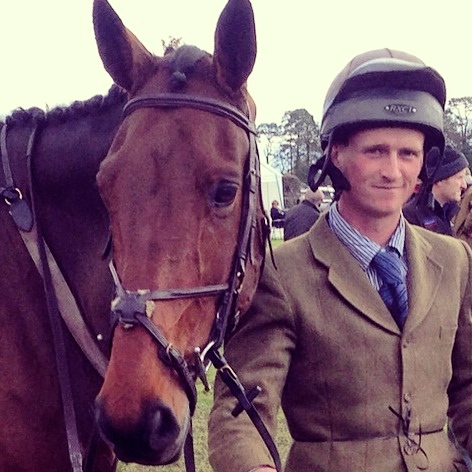 At the TIHA Sale

But in the 1980s, cash-strapped Irish breeders began selling their good broodmares to rich foreigners.

“They sold the family silver,” according to Chris Ryan, one of the organisers of the TIHA sale, and the owner of Scarteen House.

“There used to be a mare harnessed in every farmyard waiting, ready to work all day long, and usually with a foal at her feet too. These were great mares. They might have looked heavy, but they were light on their feet as cats,” Ryan said as we stood in the sun watching a big grey sail around the Scarteen cross-country course. 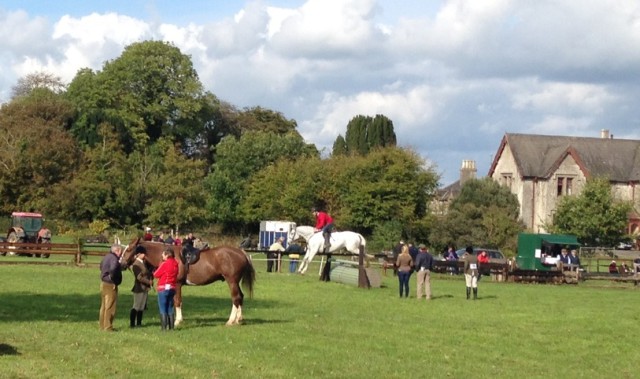 Over the past twenty years, these mares have become harder and harder to find. Meanwhile, in addition to selling their good homebred broodmares, Irish sport horse breeders fell for Continental stallions. Traditional Irish bloodlines, the product of centuries of hard-scrabble evolution, muddied. The TIHA is one of a few groups trying to preserve what’s left.

The TIHA Hunter Show and Go sale featured 42 pre-selected, pre-vetted traditionally-bred Irish Sport Horses and Irish Draughts between five and ten years of age, and 16 to 17 hands high. All the horses came with a documented pedigree showing four generations of purely Irish bloodlines.

Dozens of buyers from Ireland, the UK, the US and Europe took the opportunity to view and inspect the gleaming, braided horses, who calmly galloped round the Scarteen cross-country course, which includes the stone walls, brush, banks, water, and even wire. Buyers were then offered the chance to ride the horses over the same course and make a private deal with sellers. 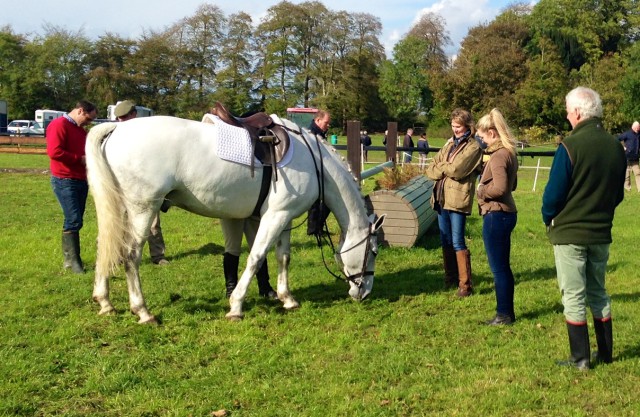 Daniel Crane, who lives in the UK and Ireland, bought three horses there last year, the first year of the sale. “You know what you’ve got once you take a horse around that track”, Crane told me, nodding in the direction of the bank. “The sale saved us hours of driving higgledy piggeldy roads from yard to yard. And one of the horses I bought here – he’s showing us he’s a great horse every time.”

No one is saying the traditionally bred are the only good horses in Ireland. Some continental crosses shine. The Irish Sport Horse Studbook dominates the sport of eventing, leading the World Breeding Federation for Sport Horse (WBFSH) rankings for eventing almost every year since the inception of the rankings in 1994.

In 2014 alone Irish Sport Horses won Rolex, Badminton and Burghley – and they weren’t all exclusively traditionally bred. But the TIHA hopes that the preservation of the traditional bloodlines will save the best traits from being watered down – or lost altogether – and allow for thoughtfully considered crosses in the future.

There was one saucy little grey at the sale who reminded me of my Irish Sport Horse, but someone else got there before I could even try him. In fact, many of the horses were sold that day, and most of the rest sold over the following week for anything from 5,000 to 10,000 euro.

I was disappointed. My fingers were itching to get at those reins. I’ve been sticking to show jumping lately, but the sale’s left me shaking with that old Irish cross-country hunger again. Next year I’m bringing my checkbook. I need more best days.