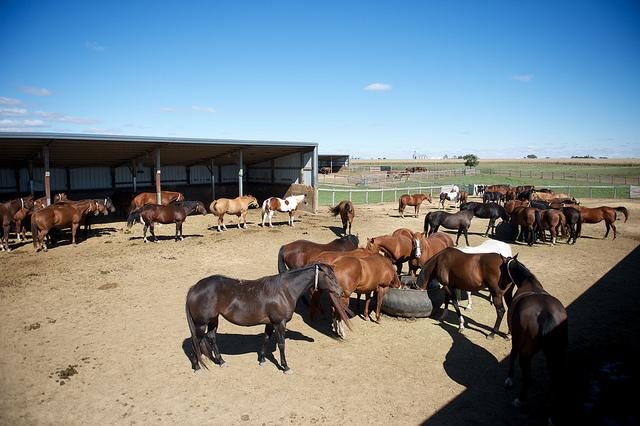 The U.S. House Appropriations Committee met today to mark up and vote on the Fiscal Year 2018 Agriculture Appropriations Bill. The passage of this bill for the past decade has included language that effectively outlaws horse slaughter in the United States by blocking funding for the USDA to pay inspectors for horse slaughter facilities, but today’s passage will go without that amendment.

Lucille Roybal-Allard, a Democrat from California, pushed for the inclusion of the renewed ban, but the move was defeated in a 27-25 vote.

Horse slaughter plant inspectors will continue to be unfunded through September 30 of this year; it remains to be seen whether US slaughter facilities will move to reopen after that date.

While slaughter is currently outlawed by default in the US through the lack of inspector funding, horses still fall into the so-called “slaughter pipeline” and are shipped to Mexico or Canada (as well as shipped overseas less commonly) with meat typically sold to European markets. Many supporters of U.S. horse slaughter argue that re-legalizing slaughter in this country would reduce the suffering of animals being shipped over the border; opponents to slaughter argue that there is no such things as “humane horse slaughter” regardless of where the animal is taken.

Horse slaughter has been a contentious issue in the horse world and the political world for years, with strong arguments to be made on both sides for the health of the industry. Regardless of whether you are for or against horse slaughter, this development will certainly have far-reaching effects in the horse industry in the coming year.