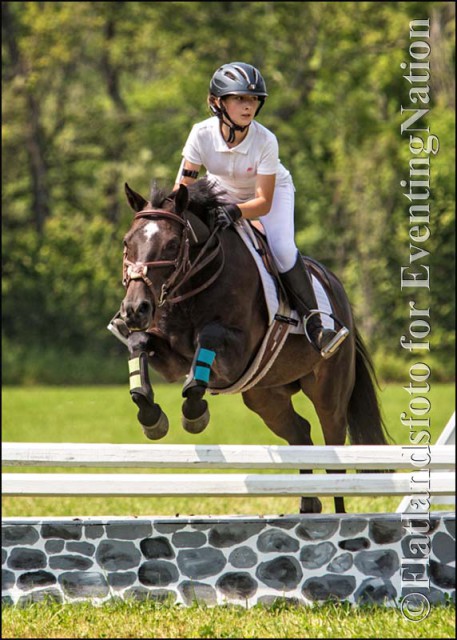 This weekend I drove the super convenient five minutes down Brook Road to the lovely and familiar Huntington Farm, owned by Ann Kitchel. Huntington Farm almost seems like a home away from home.

I grew up in Strafford and, as a young, wide eyed child, I would bike down to Ann’s farm, nervously knock on her beautiful Vermont home and timidly ask if I could go peek at some darling and brand new foals. Of course Ann always agreed. To this day, I still enjoy peeking my head in the stalls at some gorgeous foals cuddled up next to their proud moms.

I have been competing at Huntington Farm for as long as I can remember, and to this day it’s still one of my favorite venues. At Huntington, you won’t find any carved squirrels, or keyhole type fences on cross country.

They make improvements and add new jumps as they can, but the galloping fields that go on forever, along with some difficult terrain in some places. There is also some intense galloping in the woods towards the last series of fences makes this event one of the best around, and more challenging than some might think.

I think some competitors take this event for granted, and arrive thinking they will bomb around the course without batting an eye. Well, anything can happen at this event, and it reminds us to respect the level we are riding and never take for granted a certain venue.

I took Gayle Davis’s Theatre Royal, or “Vinnie” around our fifth Prelim together and it was probably one of my best events with him to date. Even though the sun was beating down hard and sweat was running off competitors in sheets, it was a super fun and well organized event.

I was a normal amount of nervous before leaving the box, but my fear never overwhelmed my ability to ride nor my trust in the amazing horse beneath me. The way Vinnie jumps the first jump on cross country truly sets the stage.

Not only does he put my mind at ease, he makes me feel like a million bucks because he knows the drill and absolutely loves cross country. It’s a privilege to ride such an incredible horse with such a big heart.

Overall I thought the course ran very smoothly. The first few jumps were very straightforward and got you into a lovely rhythm in the beginning. There were definitely a few challenging questions on course, but nothing seemed out of the norm.

There was a hard angled line question at fences 5 and 6, though they were separately numbered so you did not have them in a straight line. The water was a ramp slightly downhill, three short strides, to a decent drop into water.

There was a full coffin, a ditch and wall, a trakehner, and a fairly difficult line at 17ab towards the end of the course, where you came down a very steep hill, to a slightly skinny ramp, one stride to a ditch.

I asked several other riders in both the Prelim and Training divisions and they also said the courses were great.

Luckily the super amazing photographer Joan Davis/Flatlandsfoto was there catching all the action and excitement on camera.

Thank you Joan for these winning shots and thank you Huntington Farm, Ann Kitchel, the judges, volunteers and anyone who helped out! Also thank you to Bit of Britain and Strafford Saddlery for some awesome prizes! 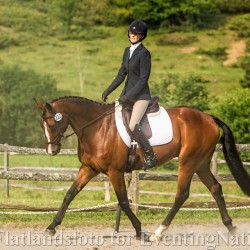 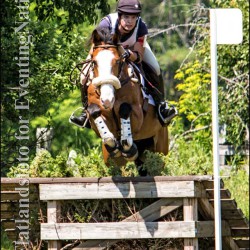 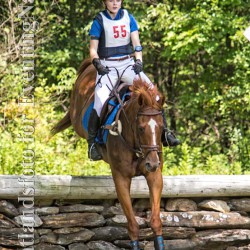 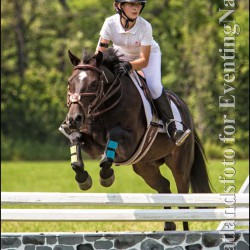 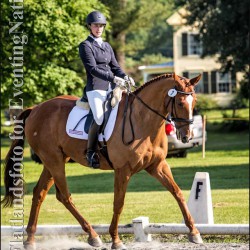 And last but not least, yours truly, riding Theatre Royal. winners of Open Prelim A.Photo courtesy of Joan Davis/Flatlandsfoto.