It was this seemingly dismal position I lamented as my 13-year-old son, Dash, decided that eventing is surely, aside from riding broncs, the greatest way to satisfy his primal need for adrenaline. With “Mean Mom” taking broncs off the list of options, “Ambitious (maybe insane) Mom” stood in a cross country boneyard listening to the faint ghosts of a Western PA remembered only by a select group of older-generation eventers who haven’t yet relocated to more southern states. And what I heard from those whispers of days gone by was, “people are better than you expect.” 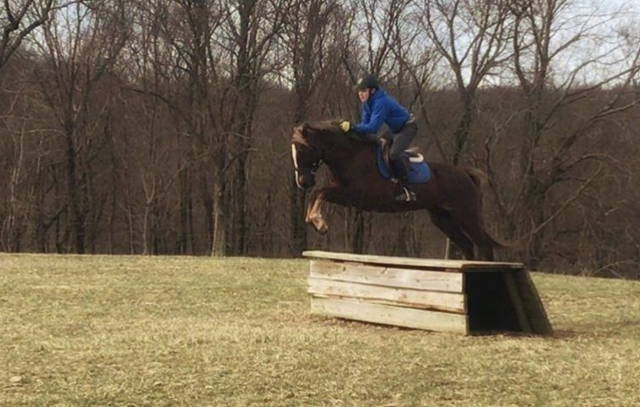 In that boneyard, by my side, were Heidi Shultz and Lex Molnar. We were on a cross-country-course-turned-bird-sanctuary at a public park in Allegheny County, where actual remnants of jumps lay at our feet. It was a real life, “If you build it, they will come” moment. Or maybe it was the start of my midlife crisis. I believe that while I was perhaps the more sentimental of the three of us due to my aforementioned “hormonal imbalance” and desperation to keep Dash from hopping onto the rodeo circuit, the young women by my side still felt the call of honoring the past and embracing future possibilities just as much. And what we proceeded to do was form an incorporated membership association, Western Pennsylvania Eventing Association (WPEA). Me, for Dash. Heidi and Lex, for the love of the sport. The combination has been a whirlwind of magic, self-doubt and elation.

Several years ago, a former WPEA closed its doors. With permission to recycle the name, exactly $0, zero members, and zero board members, the three of us, as Founding Members, opened for “business” on July 29, 2019, unofficially. September brought our first meeting where we had four additional board members, an advisory team, and youth ambassadors. In October, we hosted an open house and accepted our first paying members, and in November we hosted an admittedly chaotic cross derby that somehow everyone enjoyed so much that we are repeating the insanity on our 2020 schedule, again set to be generously hosted at Heidi’s facility (and the location WPEA calls “home” for business purposes), Lions Head Farm in Apollo, PA. 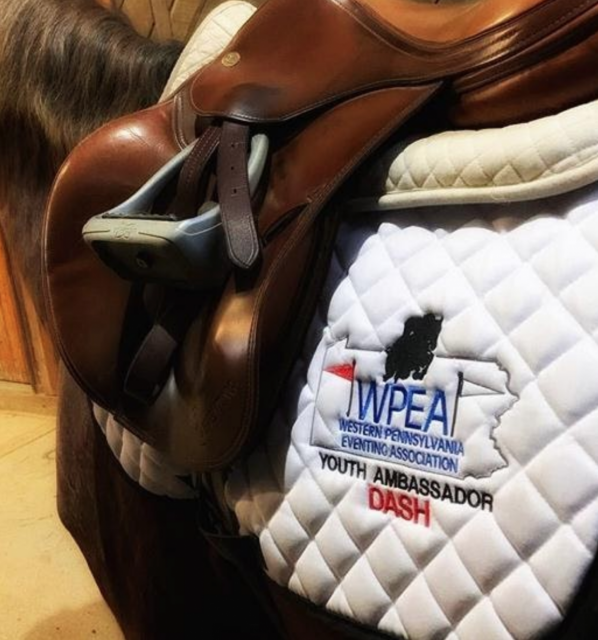 Following the cross derby, memberships began steadily coming in and we were humbled by the support and excitement. Then came the notable support of Rolling Rock Hunt Pony Club, Royalty Stables, and Keystone Equestrian Center offering WPEA-sanctioned shows. Again, we found ourselves humbled. Then, as we added an educational points program called LEGS, an acronym for Learn, Engage, Grow, Serve, it allowed WPEA and small local venues to “sanction” educational and service-driven opportunities such as clinics, summer camps, and volunteerism at local shows. These LEGS points earn our members points towards year end awards designed to acknowledge personal growth, education, and service. Again, the support poured in. Again, I would sit in happy tears as people exceeded my expectations.

Then came THE BIG ONE. WPEA’s Board of Directors had been presented with the opportunity to free lease the most magical diamond in the rough I had ever seen. Fort Armstrong Horsemen’s Association of Crooked Creek Horse Park, under new and invigorated leadership and at the suggestion of an outgoing board member who had a heart for the magical 60+ acres in question, invited us to present a free lease proposal at an open meeting. The acreage is known as their “Trail Head” location and sits removed from their primary grounds, providing a quiet but accessible location off the beaten path. Here was the literal “Build It” moment. 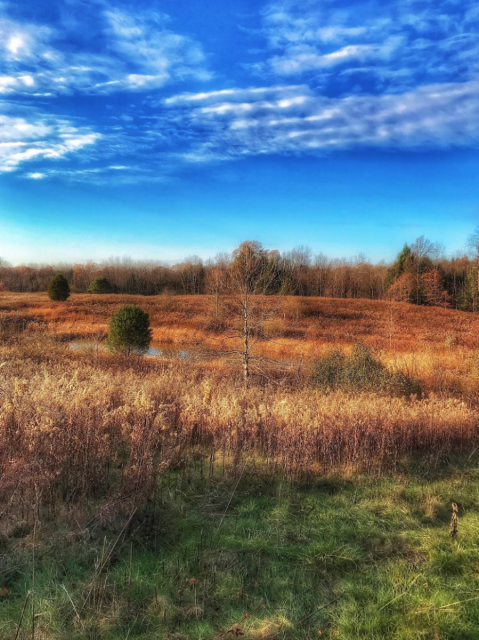 But could an association in its infancy bite off such a huge piece of cross country land? The question left me absolutely sick. What if we could build an association but not the many required jumps or arenas? What if we couldn’t maintain the land well enough? What if members didn’t come through for us? What about fundraising? What if we did the work, raised the money, bought the insurance, and no one came? What if my near-midlife-crisis-energy fizzled out before we gave to our members what we had envisioned? What if an association just shouldn’t grow this quickly? What… if… we… fail? But, decision time has arrived.

So now, we look at the only evidence we have at our disposal. We are legally incorporated. WPEA members are still offering up support. Our community is consistently excited. Memberships are still steady. Western Pennsylvania eventers still have no eventing space to call their own. Dash is still not allowed to ride broncs. So, I am doing what any Marketing Coordinator born on February 29th would do. I am giving myself the gift of giving. I am announcing THE LEAP of a lifetime on my Leap Year Day Birthday. WPEA is thrilled to announce: We are gifting WPEA members and Fort Armstrong Horsemen’s Association members the promise of polishing that diamond in the rough on the acreage at Crooked Creek. WPEA is planning a ribbon cutting celebration and lots of work days requiring what we have already experienced from day one: People being better than we ever expected. We anticipate the work days and fundraisers will enable us to build, first a cross country course, followed by show jumping and dressage arenas. WPEA is building and we hope you will come! 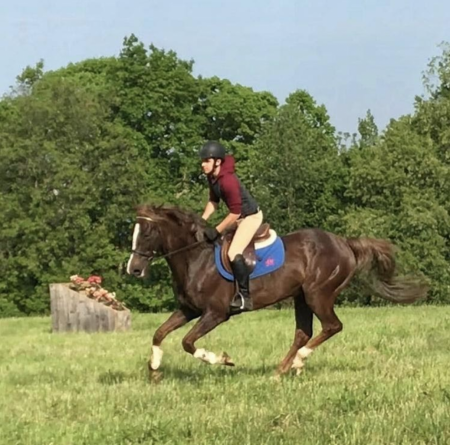 Dash and his horse Deluca enjoying a ride at Lions Head Farm. Photo by Nicole Coleman-Hammett.

WPEA’s slogan is, “Where Tradition Meets the Future,” we believe now is the time to honor those whispers of the past while promoting our sport through education, youth development, and schooling level shows that will revitalize eventing in Western PA. And now is WPEA’s time to so humbly thank our members, our board, advisors, youth ambassadors, sanctioned venues, our local pony clubs (Rolling Rock Hunt Pony Club, Brush Run Pony Club, Harts Run Hunt Pony Club), even a few 4H clubs with interest in our sport, Western Pennsylvania Dressage Association and Three Rivers Equestrian Association for setting examples of consistently offering opportunity to our area’s riders, several local stables owned by our members and leaders (Lions Head Farm, Fadeaway Farm, Stonewall Stables, Royalty Stables, Keystone Equestrian Center, Dewalt Stables, Breezewood Equestrian, Lunar Hill Equestrian, and a steadily growing list of others), Jackie Smith of Stone Gate Farm for her wisdom and inspiration, Dover Saddlery Pittsburgh, Maggie Blaetz for her assistance with our lease proposal, and certainly Fort Armstrong Horsemen’s Association who exemplified exceeding expectations by giving WPEA the opportunity to build a tangible dream on the land at Crooked Creek (Armstrong County). We invite everyone to stay tuned as WPEA takes the leap on this Leap Year Day!

Follow our progress on Facebook at www.facebook.com/wpeainfo or email us at [email protected] for information or to become a member.