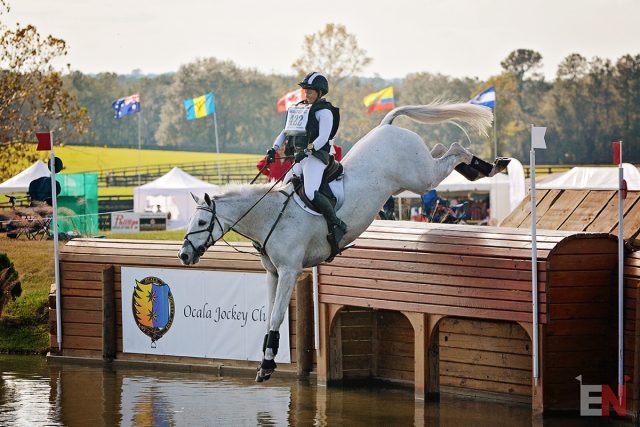 The Ocala Jockey Club is one of the newest international events added in the U.S. in recent years. Photo by Jenni Autry.

An eye-popping 168 entries are currently on the list to compete in the Grantham Cup CIC3* at Belton Park International in Lincolnshire next month. While the organizers are currently wading through the ballot and waitlist process, it is highly likely we will see a record number of starters in the CIC3* at Belton this year — and perhaps a record across all international levels.

We want to the stats gurus at EquiRatings to confirm the highest numbers of starters in a single FEI section. Belton currently holds the record for CIC3* with 122 starters in the Grantham Cup in 2016. While 151 combinations started at Hartpury in 2010, the entries were split into two sections. Another six events have recorded more than 122 starters at CIC3* level, but again all were split into two sections.

The highest number of starters on record at any international level goes to Dijon Bonvaux in France, which started 146 in the CCI1* in 2008 — that is the number to beat for Belton to set a new record this year.

Regardless of whether Belton does in fact record the highest number of starters in international history, recent statistics indicate the sport is continuing to grow at a steady pace. The 2017 FEI Eventing Statistics Report released earlier this month shows the total number of starters competing across all FEI levels has increased by 51% from 2006 to 2017, with a record high 20,611 total starters competing in 2017.

There are plenty of numbers to sink your teeth into in the 2017 FEI Eventing Statistics Report, including the latest statistics on falls and injuries in eventing. Click here to read the full report.