In this excerpt from her book Brain Training for Riders, eventer and former psychotherapist Andrea Waldo tells us two things we need in order to successfully deal with a thing we fear. 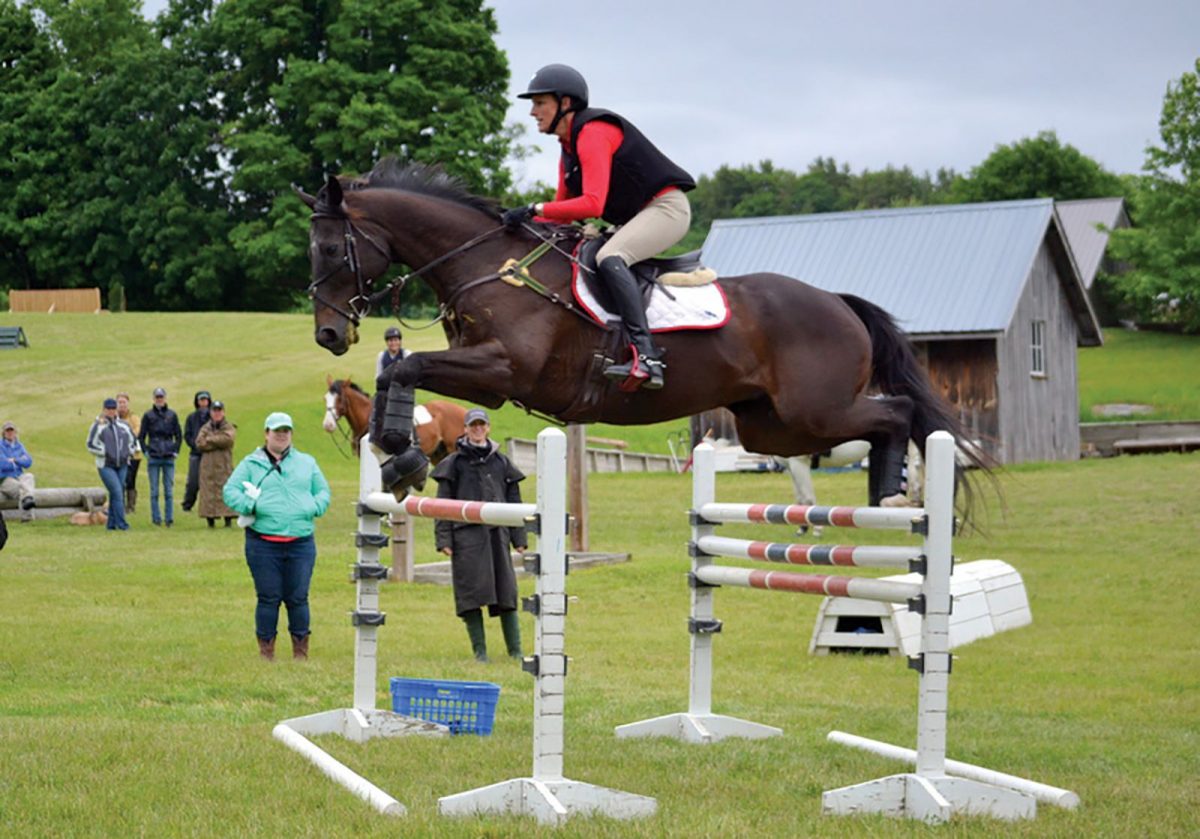 The brain’s number one concern is survival, and that fear developed to facilitate that survival. In order to get out of your way, your fear needs to know that you’re going to survive whatever is happening; it needs reassurance.

“But I’ve tried that,” most people tell me. “I try to tell myself not to worry, that everything’s going to be fine, but it doesn’t help.”

That’s because those phrases aren’t actually reassurance—they’re more like dismissal. They carry the underlying message, “You shouldn’t feel this way and there’s something wrong with you if you do.”

Meanwhile, your Lizard Brain (the area that includes the brain stem and the amygdala, and where our survival instinct comes from) is shouting, “LIAR! It’s dangerous out there! You don’t know that everything’s going to be fine!” And your Lizard is right: you can’t predict the future, and there is some element of risk every time you get on a horse. While your Lizard Brain does need to accept this element, you can reassure it that in all likelihood you will survive the situation it fears. When it knows you will survive, it can quiet down.

Using an example of my own fear of falling and losing face with other riders and trainers, here’s how to reassure your Lizard Brain.

Fear: If I fall off at that jump again, everyone will think I’m a terrible rider.

Me: Is that thought true?

Fear: Yup. I’m sure of it. (Fear is always sure of everything it believes.)

Me: When we’ve fallen off before, how did other people react?

Fear: They asked if I was okay. Some people told me they’d fallen at that same fence. Pretty much everyone was really sympathetic. BUT maybe they were just being nice, and they secretly thought I was a terrible rider.

Me: Maybe. But when other people fall, do you think they’re terrible riders?

Fear: Not unless I’ve seen them do something really wrong that caused the fall, and even then I usually think that everyone makes mistakes. I’d only think they were terrible if I’d seen them have the same kind of fall over and over a whole bunch of times, without trying to fix the problem.

Me: So chances are, if you did fall, people would be sympathetic rather than critical.

Fear: Yeah, I guess. BUT some people might still think I’m an idiot to make the same mistake twice.

Fear: No, that would be AWFUL! It would be the worst thing ever! I hate it when people think bad things about me. I would just die!

Me: Okay, it would feel terrible. But no one has ever died of embarrassment. So could you live with it?

Fear: (sulking) Yes, it would feel terrible, but I could live with it. I guess it wouldn’t kill me.

The brain can’t tell the difference between a real threat and an imagined one—it sees a dressage judge and a saber-toothed tiger as equally threatening. This is why the above conversation is so important. Your fear needs to be reassured that even though something might be difficult, painful or unpleasant, it probably won’t be fatal. Reassurance isn’t telling yourself that you don’t care or that it won’t hurt, because that’s not always true. It’s reminding yourself that even if it feels awful, you can live with it.

That’s all your fear needs to know in order to feel reassured.

A Plan: Escaping from Tigers

Fears, worries, and anxieties are essentially “what if?” questions. The problem is that we either don’t answer the question or we answer it with a worst-case scenario, so we can’t imagine a positive outcome. The only outcome we can see when we’re afraid of being attacked by a tiger is being eaten by the tiger. Coming up with a plan to solve the “what if” lets the Lizard know that you have a strategy for escaping when the tiger comes out of the woods. When your Lizard Brain needs a plan, ask the following questions:

In the case of my fear of falling at the cross-country jump, the answers look like this:

Reviewing in detail how to solve the problem will ease your fears and remind you that you have some control over the problem. Now your fear can step back out of the way so you can get on with your ride. 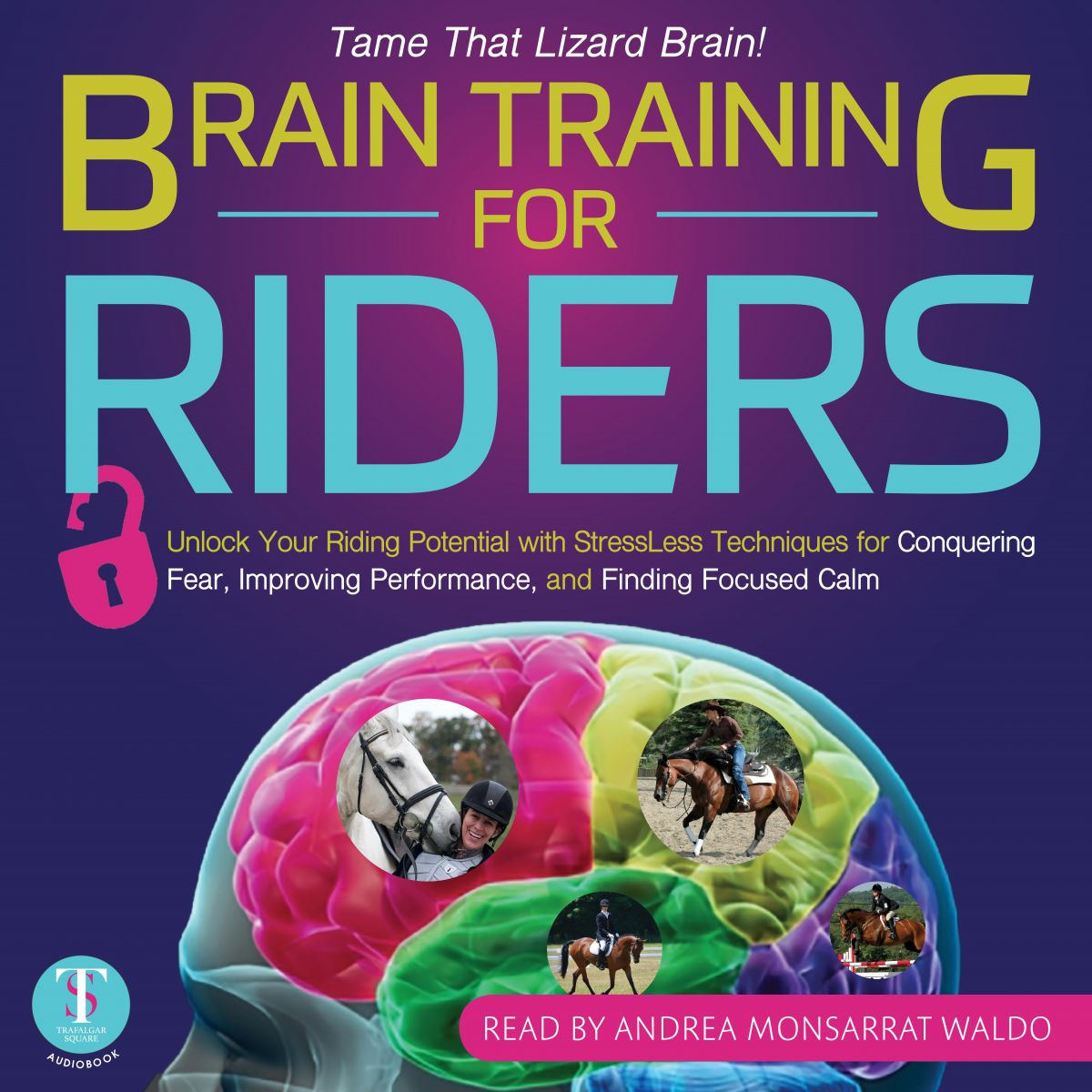 This excerpt from Brain Training for Riders by Andrea Monsarrat Waldo is reprinted with permission from Trafalgar Square Books (www.HorseandRiderBooks.com).