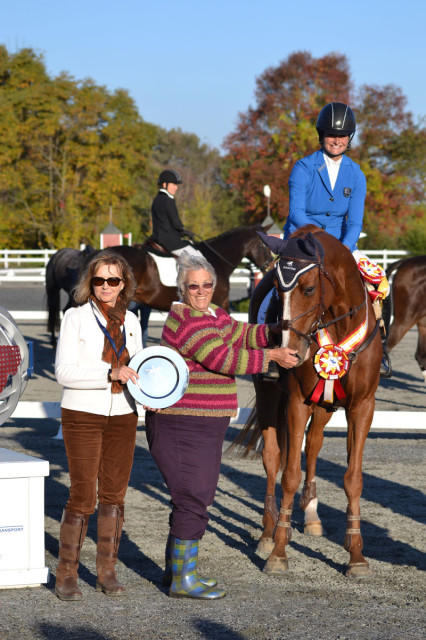 Tim and Nina Gardner’s Twilightslastgleam was notably absent when the Le Lion d’Angers entry list went live earlier in the week, and Jennie Brannigan confirmed today that she withdrew him from the competition.

“We had some concerns about him having a potential injury brewing and decided that his future is bright, he is young, and to give him a break and bring him out 100% next spring. We are so grateful to the USEA, Timothy Holekamp, and Chris Turner for the opportunity. I am also grateful to my vet Mary Griffin for looking out for the horses so diligently,” Jennie said.

“It is wonderful to have owners that make the right call for the horses and I have to say that this was a very tough and close one to make. My heart breaks for them, but I know Comic will make them smile quite a bit in the future.”

“Comic,” a 7-year-old Thoroughbred (National Anthem x Royal Child), received the Holekamp/Turner Young Event Horse Le Lion d’Angers Grant to compete in France, and the USEA confirmed to EN that the grant will not be awarded to another horse this year. The funds will instead remain in the grant account to be used in 2018.

The grant, founded by Tim and Cheryl Holekamp and Christine Turner, enables the highest scorer of the USEA Young Event Horse 5-year-old Championship to travel to Le Lion d’Angers and compete in the FEI World Breeding Eventing Championships for Young Horses as a 7-year-old if the horse obtains the proper CCI2* qualifications.

We are relieved that Comic will be back out competing next spring and wish the best of luck to the competitors heading to Le Lion. We have four North American entries in the competition. Click here to see the entry list.