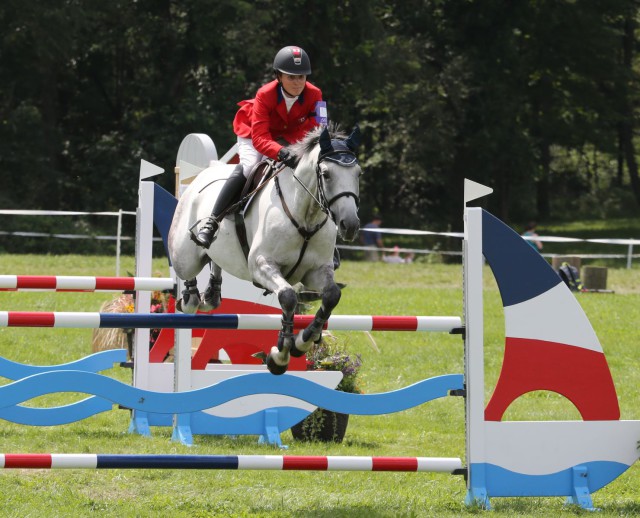 The CHC International at Chattahoochee Hills in Fairburn, Georgia hosted Intermediate and Advanced horse trials as well as a CIC*, CIC2*, CIC3* and Advanced Combined Test this weekend.

Katherine Coleman and her own Wizard of Aus were the winners of the CIC2*, finishing on a 56.2 to move up from equal fifth after dressage. Lexi Scovil and Charleston VI were second on 61.3, and Forrest el-Effendi and Winter Colony, owned by Evie Dutton and Jodi Dady, posted the only double clear cross country round to vault up from eighth to finish third.

Clayton Fredericks dominated the CIC*, coming first and second with FE Lifstyle and FE Vindus respectively. Both horses picked up penalties in show jumping but jumped double clear across the country to finish on a 46.7 and 54.8.

Dana Cooke and the striking Wurttemburg mare FE Mississippi, owned by Kingfisher Park, sat in third throughout, finishing with a rail and just 0.4 time penalties on cross country to stay ahead of Jade Anderson and Jessica Brown’s Fernhill Premier, who finished on her dressage score of 57.7.

Dana took command of Open Intermediate, placing first with Kingfisher Park’s FE Ophelia on a 42.7 and moving from sixth after dressage to finish second on 52.5 on Hugh Wrigley’s Forever Young. Both horses jump clear in show jumping and added no jumping penalties across the country. However both horses crossed the finish line at 6:12, resulting in 9.2 time penalties each.

An Advanced Combined Test was offered to benefit those horse and rider combinations traveling to the Kentucky Horse Park this week. Jessica Phoenix and Don Good’s Pavarotti were first out of five entries, finishing on a dressage score of 44.7. Lauren Kieffer and Team Rebecca, LLC’s Veronica dropped a rail in show jumping to finish on 46.8 for second.

“Thank you Chatt Hills for hosting a Combined Test before Kentucky,” wrote Lauren Kieffer on Facebook. “The event was beautiful and the work that’s been done improving the footing is fantastic. I wish I had brought horses to run cross country because the ground was perfect!”

The Advanced division had a tricky time of things on cross country, with four of the five entries being eliminated or retiring on course. Abby Hamblin and her OTTB Silver Flash were the only pair to complete.

Click here for full results and check out some great interviews with the winners on the USEA website.