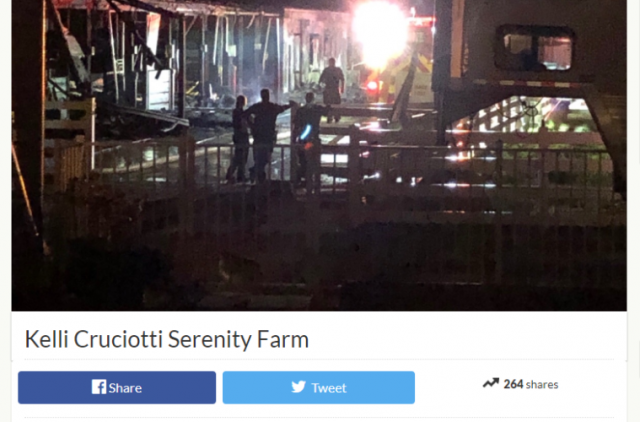 A firefighter has been hospitalized and three horses have perished after an early morning fire broke out at Kelli Cruciotti’s Wellington, Florida base, Serenity Farm. Calls were placed to local emergency response teams around 1 A.M. on Thursday, March 14th. Firefighters described the sight to local news sources as “a pretty bad scene.”

Cruciotti posted about the incident early Thursday morning on Facebook. She shared that while 18 horses were able to be removed from the facility safely, three horses unfortunately died as a result of the fire. There were no human fatalities.

The cause of the fire has yet to be determined.

Tonight every horse owners worst nightmare came true at our farm in Wellington-A barn fire. My team did an amazing job…

The whole Nation Media team wishes to share our condolences with the entire team at Serenity Farm and the families of those who lost their horses in the fire.

This post originally appeared on our sister site, Jumper Nation.