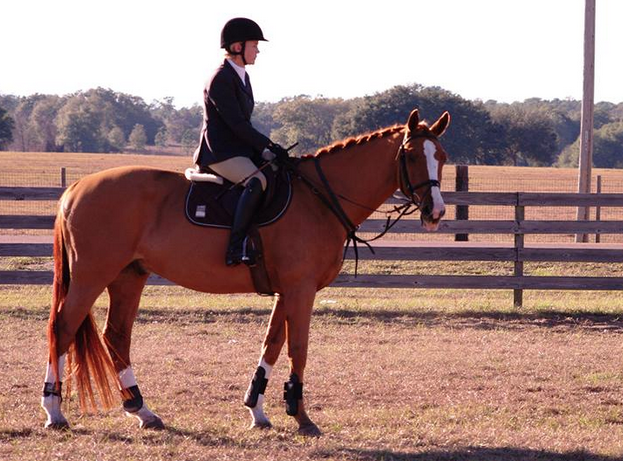 Jody Harwood and D-Vine at Rocking Horse earlier this year. Photo via Facebook.

More sad news in the eventing community as we’ve just learned Jody Harwood’s D-Vine passed away following a terrible trailer accident today on I-75 in Sumter County, Fla., near Ocala. Jody was hauling “Vinnie” in a three-horse gooseneck trailer along with his barnmates Cindy One and Folsum Blues, who suffered only minor injuries in the accident.

Jody posted on her Facebook page that the accident occurred when a tire blew on the truck, causing the trailer to veer out of control and the rear door to fly off. Vinnie was ejected from the trailer and sustained broken ribs and internal bleeding. He passed away at the scene.

We’re devastated for Jody to lose a beloved partner in such a tragic way. Jody and Vinnie were on their way to compete in the Novice Rider division at Ocala Horse Properties Horse Trials this weekend. They were having a great season at the lower levels, winning both their outings at Rocking Horse this winter. Beth Davidson, Jody’s good friend, said Vinnie “authored” the most amusing Facebook posts, and all the horse’s connections are devastated to lose him.

Please join us in sending condolences to Jody during this very painful time. Rest in peace, Vinnie. We will update this post as more information becomes available.