EN is delighted to follow Jon Holling’s blog chronicling his journey with upper-level prospect Ragtime Rebel, a 5-year-old OTTB gelding he found through the Maker’s Mark Secretariat Center. Ragtime Rebel (Union Rags X A.P. Elegance, by A.P. Indy) is Kentucky-bred and last raced in April 2018. Click here for his Equibase profile, and here for previous posts. Take it away, Jon! 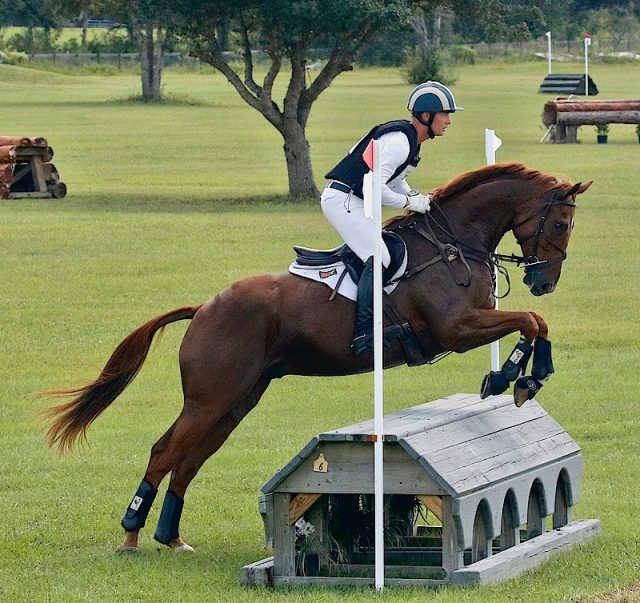 Hello everyone, it’s been a while since my last update on Rebel. Since last time Rebel has gone out to compete at two recognized horse trials and one cross country derby.

On August 31st weekend Rebel went on his first long distance trip to an event when we headed up to Chattahoochee Hills in Atlanta. While this is a regular stop on our calendar it was a big deal for 5-year-old Rebel. He was wide eyed a few times, but he really stepped up and put in a great performance to finish in second place. The cross country was tough enough for him, and I did discover one small detail at this event. Occasionally when Rebel gets worried about something on course I will have to touch him with the whip or at a minimum put my leg on hard and drive him up to the jump. Fair enough, he’s just five. The problem is that he takes that encouragement to a whole different level the rest of the way around the course. More on that later… 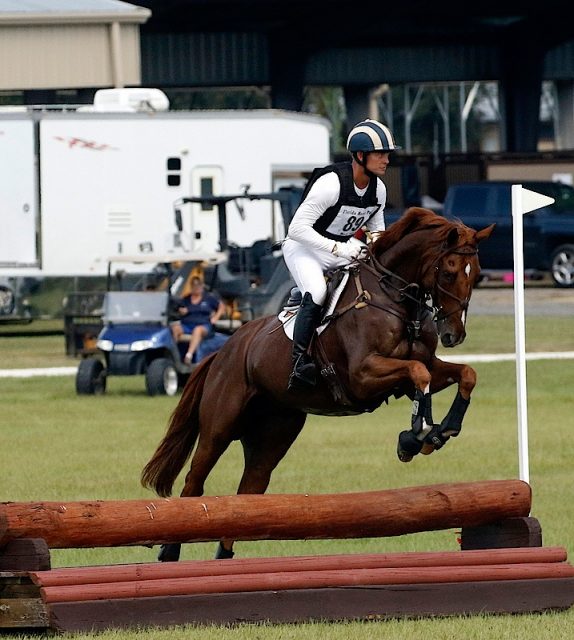 Two weeks after Chatt Hills I decided to take Rebel to Barnstaple here in Ocala. My friends Derek Strine and Mark McCleary where having a cross country derby that sounded like a fun and educational time. In the warmup Rebel had a hard look at a shark’s tooth jump so I tapped him off the ground with the stick. Well like I said before, he took this as a personal insult and spent the rest of the day ripping my arms out of their sockets. In truth he was really good on course, just a little overly motivated.

After this the next stop for Rebel was the following weekend at the Florida Horse Park. Rebel was entered in what we hoped would be his last Novice before moving up a level to Training. The dressage was pretty good other than one moment where he thought he saw a horse killing butterfly and needed to whack it out of the air with his front feet. Despite this display of athleticism he finished that phase on a respectable 30. The show jumping was, if I am being honest, superb. Again, he did have one moment after fence two where he may have prematurely celebrated his absolute domination of the second phase of competition, but all in all it was a great round. 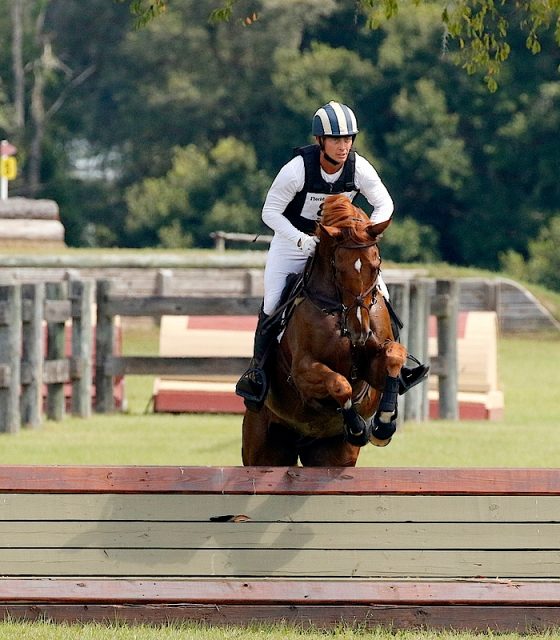 Then came the big moment. The cross country was a good fair track that asked all of the question you would want a horse to answer before moving up. He jumped every fence like an absolute champ, but here’s the thing. Twice on course as Rebel left a jump, following some extra encouragement from his jockey, he grabbed the reins and pulled me over my stirrups and made me lose my balance. Now I am not saying I am the strongest guy in the world, but I am pretty fit. I work out regularly and have been competing for a long time. So when I say a horse can pull me out of balance it’s for real. He is one STRONG horse. After he successfully pitched me forward he would then lower his entire body two to three inches and proceed to TRY to take off like he was breezing at the track. Both times I was able to get myself put back together and laugh at him as we slowed down, but seriously I don’t know how he didn’t win more races. To be fair to Rebel I have to say that he was truly great in all three phases at the Florida Horse Park and he will be moving up in a few weeks time when we head across the state to Rocking Horse.

Producing a young thoroughbred really is fun. You learn a little more about them every time you take them out. I hope you continue to enjoy Rebel’s journey with me. Until next time I hope you all have a great Autumn season and ride well!