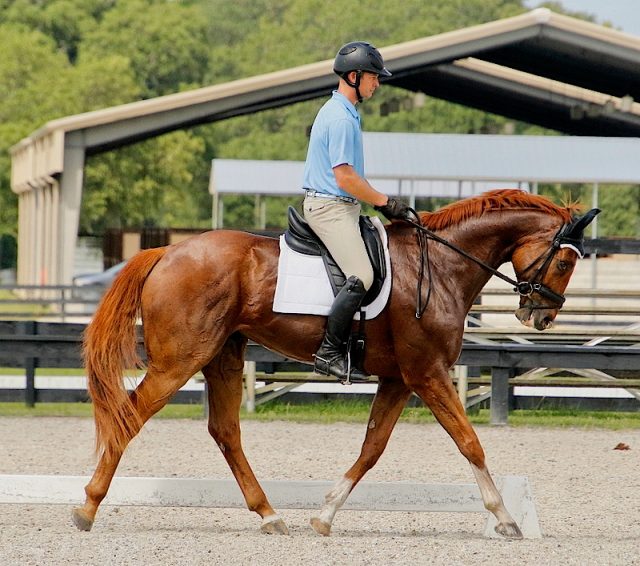 One of the most rewarding things you can do in the sport of eventing is starting your own horses. So with that in mind, I contacted my good friends here at Eventing Nation, and they graciously accepted my offer to write a semi-regular blog on the journey of myself and The Rebel Restart Syndicate’s Ragtime Rebel. Seeing as this is the first installment of the story, I thought it might be best to bring everyone up to speed as to where we are and how we got here.

Last October, my longtime friend Dorothy Crowell called me and asked if I might be interested in becoming a part of her brilliant new idea to pair upper-level riders with top class off-the-track Thoroughbreds. I was initially fairly interested, but the idea of sorting through numerous Thoroughbreds has always been daunting. So when Dorothy told me that she would do the initial work for me and that I could come up and look through a small group of horses that she had handpicked, I was sold.

I jumped in my car as soon as possible and drove to Lexington to meet Dorothy and see the group of horses she had found. Needless to say, when Dorothy Crowell tells you she has found some nice Thoroughbreds, you need to listen. This is, after all, the person who found, produced and competed the great Molokai and Radio Flyer, not to mention the hordes of upper-level horses she found, produced and sold on — the most recent example being Bogue Sound. 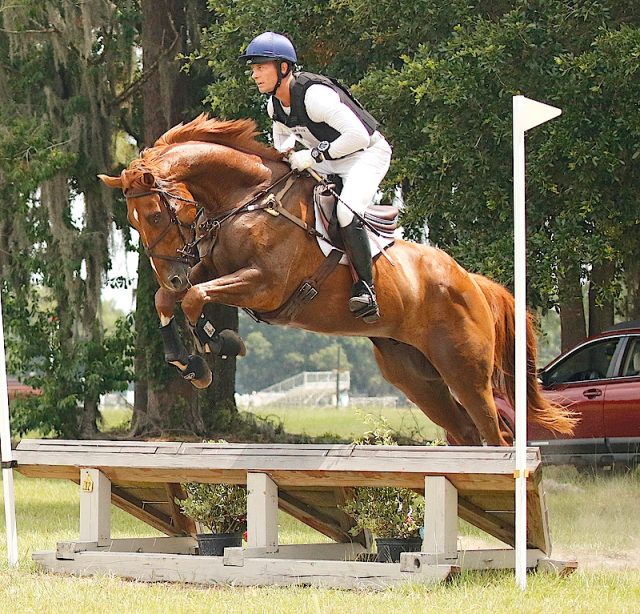 While looking at the horses with Dorothy, I found one in particular at The Maker’s Mark Secretariat Center (MMSC) that I felt might be exceptional. His name was Ragtime Rebel, and he seemed to have most of the right things that make a good event horse. He was put together correctly, had a nice uphill build, and was strong with good bone. When I watched him free school, I knew he was the one I had to have. He was smart, he moved well and he figured out how to use his body to work around the jumps. When I sat on him, all it took was feeling his canter to close the deal with me. The walk was good, the trot was decent, but wow — that canter was out of this world.

As is the case with any event horse, I now needed to put together the money to purchase Rebel. So I reached out to some like-minded people and was fortunate enough to put together a syndicate to purchase Rebel. Chuck McGrath, Meghan Richey, Irene Lampton, Page Flournoy, Chris Lies, Alysia Cook, and Brian and Norma Murray make up the “Rebel Restart Syndicate.” We also had help from Kathleen Sullivan to make the initial purchase. Without these people, I could not have gotten this super young horse into the barn, and then I wouldn’t be able to share his story with you. So I thought it was only right to make sure they all got their names mentioned right from the beginning of Rebel’s journey. 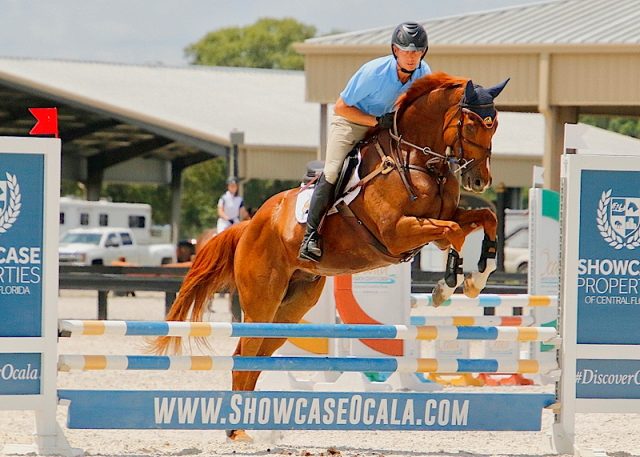 Rebel showed up to my farm having been well started under saddle by MMSC. The nice thing about getting a horse through them is that they have some really great trainers who work with the young horses and give them the basics they will need for wherever they end up. So with a good portion of the initial work done, I was able to get down to business with Rebel as soon as he showed up. We spent the first couple of weeks working on basic flat work and letting him get comfortable around the farm. After a few more weeks of jumping, Rebel was able to start cross country schooling. I wouldn’t say he was easiest horse I ever started, but he did take to it relatively quickly.

Since those initial few months, Rebel has competed in one schooling event and one recognized horse trial. He has proven himself to be a very promising young horse. I am not a person that favors one breed of horse over another. I currently have horses in my string that are Dutch, Irish, Zangersheide, Holsteiner, English Thoroughbred, Trakehner and American Thoroughbred. Seeing that this is just the initial installment of Rebel’s story, I am going to leave you with this: I am thrilled that Rebel is one of the members of my string of prospective upper-level event horses. It truly doesn’t matter to me where these horses all came from, but I am happy that he has his chance to be a great event horse. Over the coming years, I hope we all get to be a part of his journey to greatness. I am excited to be a part of it.