Kaitlin Hartford, a 16-year-old eventer from Callahan, Florida, is blogging about her journey to competing in this year’s Retired Racehorse Project Thoroughbred Makeover  with her OTTB Family Foundation, better known as Sven.

This past week has been a hectic one, just because it’s my life. There is really no reason as to why life was busy. Just that in general that is life!

The first thing we should talk about is toughing out the tornadoes. OK so maybe I didn’t see a tornado at my place, but I saw a photo my friend took and that thing was massive! Sven couldn’t care less about the storms — I actually think he really likes the rain.

Just in case, on Monday the horses were wearing halters with contact info taped on them on the worst-case-scenario off chance that if they got loose people would know who they were. Storm selfies flooded snapchat, including my horses. But who can resist a cute Sven nose? Until someone asks why you blindfolded your horse… 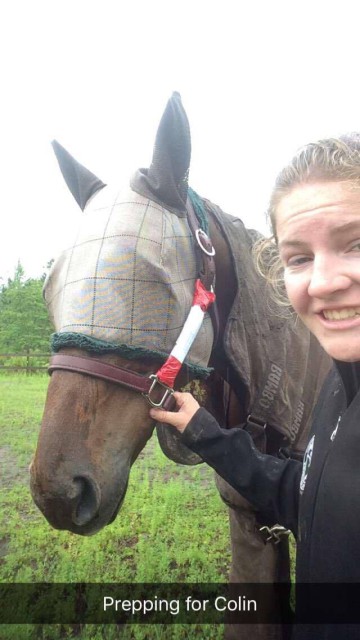 On Tuesday I had to go to the doctor to get a cortisone injection put in my shoulder for a injury unrelated to horses. That being said my shoulder was sooooo super sore for the next two days.

On Tuesday no one got ridden, but because I had just entered my other horse’s first prelim event this weekend and RRP countdown is on, they needed to get some exercise. Because my shoulder wasn’t 100% I decided to let my 12 year old brother get on Sven. How amazing is it  that a horse that has been under saddle for five months is able to cart around an intermediate rider? 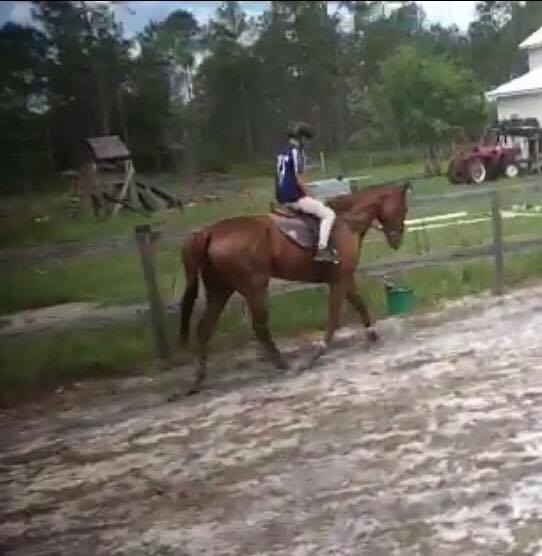 Though, just a warning, he doesn’t know how to use a figure 8 nose band. I finished tacking up my horse and all of the sudden I hear “Um, a little help….” I turn around to see this 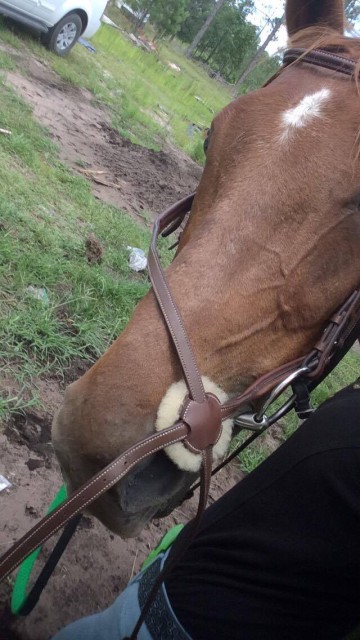 Then Sven decided he was just going to lay down and eat grass. With the saddle on. He just got lazy.

I started working on Sven’s freestyle routine for the makeover as well. It is a bit crazy but I think that it is going to be EPIC!!! We have been learning how to bow on command. It’s starting to get easier, and he likes to practice on his own which is pretty funny. 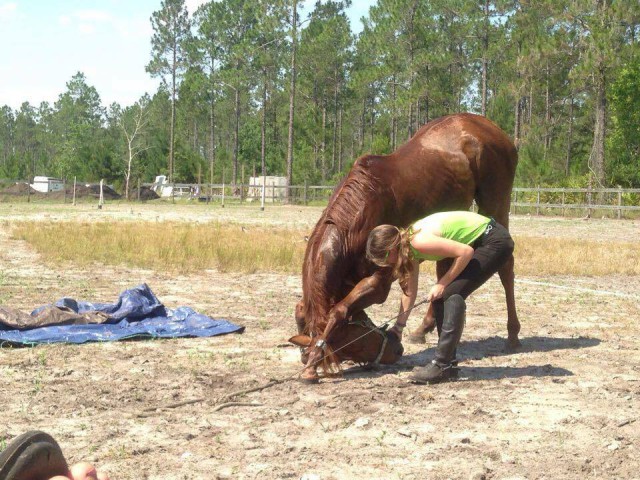 This was after learning to bow only a couple times: my mom snapped this picture and he did absolutely amazing! He is really starting to get the hang of it. I have a few other tricks I want to teach him, but in the meantime does anyone have suggestions? I would love to hear ideas! We also conquered the big, huge, scary, blue tarp by standing on it. 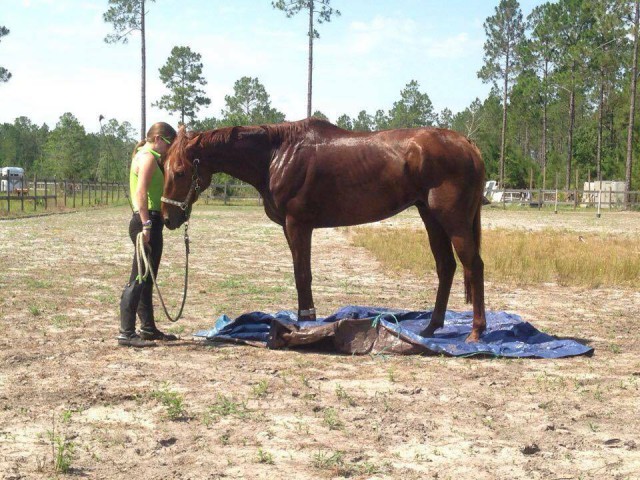 One other greatest thing to announce because they are awesome! Excited to announce my partnership with C4 belts again this year. If you look at any picture, I will probably have one on and I swear by these belts! 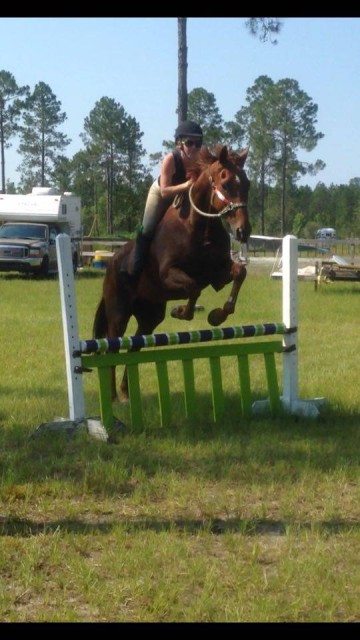 Sven will probably just go to a farm about 15 minutes away at some point this week to school and get some pictures!!! Stay tuned.