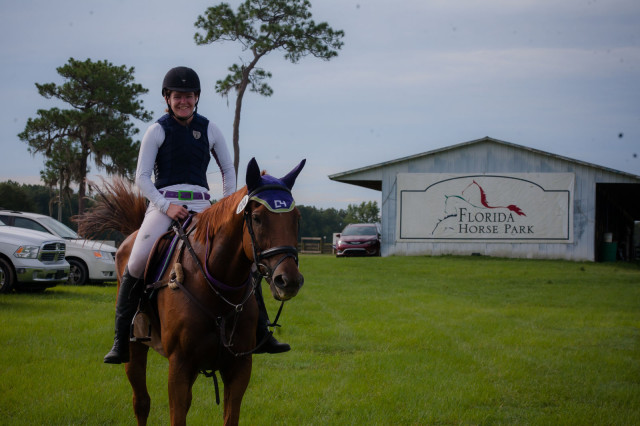 Kaitlin Hartford, a 16-year-old eventer from Callahan, Florida, is blogging about her journey to competing in this year’s Retired Racehorse Project Thoroughbred Makeover  with her OTTB Family Foundation, better known as Sven.

It has been a while since I have blogged — more than a month. It is safe to say I am a bad blogger! However since it’s been a while I have a ton to talk about! But first we have to go back to where we left off.

Which was … show planning. The plan ended up being slightly altered but I will get to that in a minute.

Somehow I always manage to get the first ride of the day. We got to do dressage in the covered ring at this show, which was good for Sven because he has to learn how to deal with all sorts of stuff.

My dressage wasn’t the best due to the fact that I was having a bit of trouble keeping my reins short because my ribs were bothering me. A lot of the comments were “needs more collection.” Honestly I won’t complain though because he had a super relaxed test! 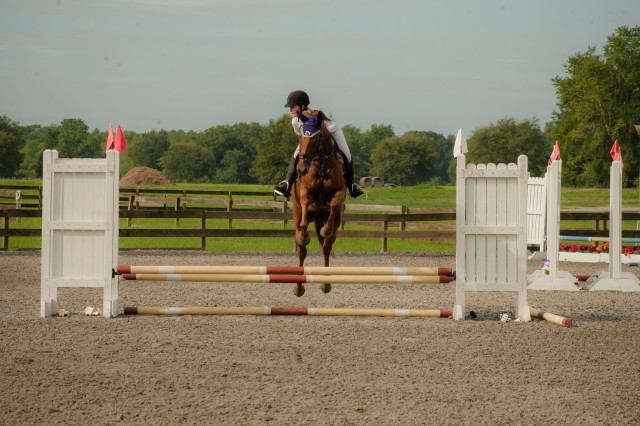 Let’s note the fact that I am jumping in a dressage bridle. Anyway so going into the show jumping round he stopped at the third fence because of the flowers but we fixed that quickly. We headed out to the cross country course and we knew we were going to jump the first five fences and blow off the shark’s tooth.

But I also decided that if he was going well we would jump other stuff. He was going great and I was going to “complete” the course while missing a few fences. We jumped around amazingly with that and people were complimenting me on what a nice horse I have! 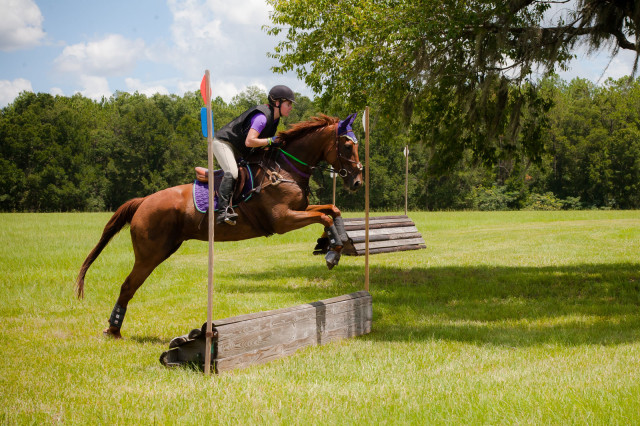 So everyone wanted to know how the “Has Anyone Seen My Bridle?” story finishes. On the way home from the show I got a call: They found my reins!! When I picked them up the next week they were still usable.

On the next blog post we are going to cover how we have been working with a new trainer as well as the latest show. Sorry about the short blog; the next one will be longer, I promise!