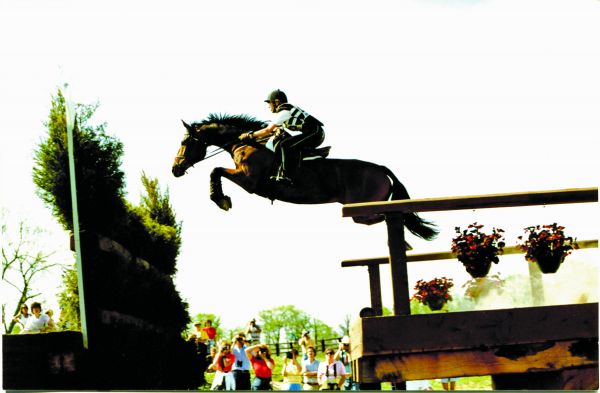 Stop the presses! Karen Stives has made a $1 million donation to the USET Foundation to set up an endowment fund to benefit High Performance eventing. This is the first major donation to further the sport in America since Jacqueline Mars pledged a $500,000 matching gift in 2012.

“The team was my life for 20 years: the first 10 as a competitor and the second 10 as Chairman of Selectors,” Karen said in a press release. “I wanted to give back to the organization that had given me so much, as well as inspire our young riders to excel and bring back the gold.”

Karen is a well-known name in American eventing. Named USCTA Rider of Year in 1981, 1987 and 1988, she represented the United States at the Luhmuhlen World Championships. In 1984 she anchored the team that won the gold medal at the Los Angeles Olympics, while also winning Individual Silver. Following her retirement from international competition, she became an FEI judge and was the chairman of the USET Three-Day Event Selectors’ Committee for many years.

Karen hopes the donation will help Team USA in the quest to become more competitive on the international stage in Europe. “The International Championship CCI competitions are a key part of the international scene,” Karen said. “We have the talent, the horsepower and the coaches, and if this can help us win, then that is great.”

“I don’t think I am alone in saying it’s great to watch show jumping and dressage because those horses are so amazing at what they do, but to work with a horse and do both of those disciplines at a lower level and add in the cross country that is so challenging makes eventing very special. Not every horse can do that.”

Many thanks to Karen for making this incredible donation.