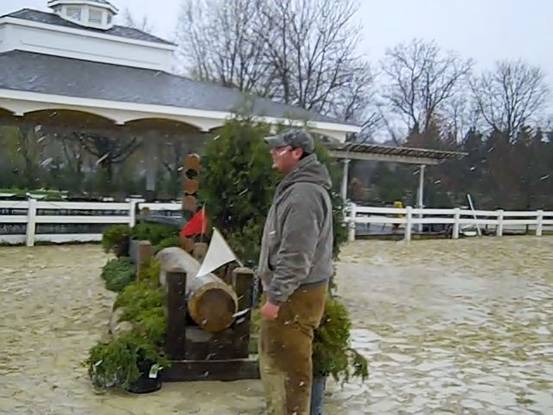 Steve Cwian thinking that maybe Calculus isn’t so bad after all!

A couple of weeks ago, I ran a well attended Eventing Derby in absolutely God awful weather conditions – wind gusts up to 40 mph, rain, some sleet, and some snow – all this in mid-April. Welcome to Chicago!

As I was watching the horses cruising around the Derby field, my attention wandered, and I became fascinated watching the two man ring crew, one of whom was also the course designer and builder, and the other who was a college freshman who had arranged to take several days off from a brutal pre-engineering University course load, (including calculus, the thought of which gives me a raging migraine!)

These two individuals were slogging around in the knee deep muck that the all weather footing had become, and never once were they anything but cheerful. In fact, they seemed almost to be having a Hell of a good old time. Awesome! 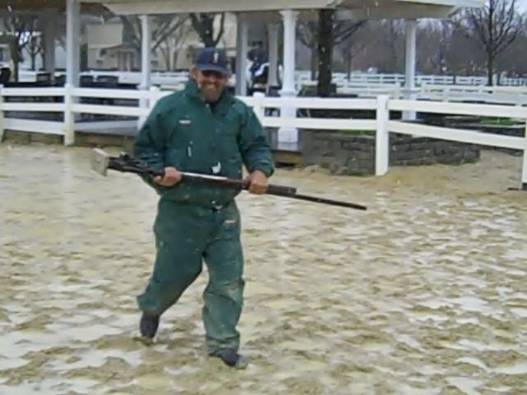 So, I dedicate this to the ring crews who work events everywhere. They are generally nameless, certainly unglamorous, and frequently unpaid. In short, they are just one among many unsung heroes of our sport. Take the time to thank them. Often all they receive is static for being too slow. Don’t damn them. Thank them!

Hats off to you guys everywhere – and to Jon Wells and Stevie Cwian, a special personal Thank You! You’re the best!