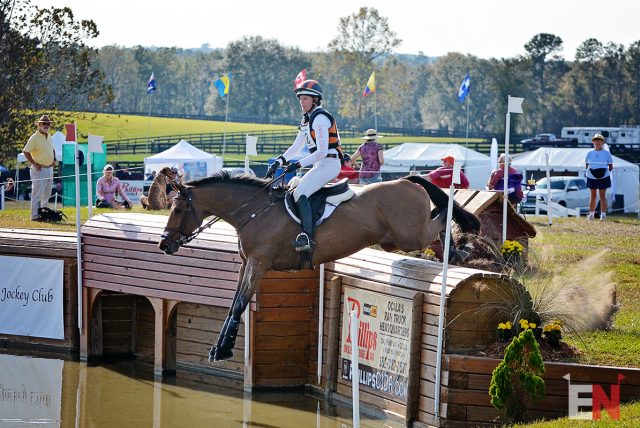 Lauren Kieffer and D.A. Duras jumped clear and 1 second over the time on Clayton Fredericks’ CCI2* cross country course to hold the lead on 37.1 here at the Ocala Jockey Club International Three-Day Event in Reddick, Florida.

The 9-year-old KWPN owned by Debbie Adams and Jacqueline Mars may be back at the two-star level to re-qualify following multiple rider falls this season, but Lauren has the big picture in mind with this horse.

“At Red Hills I got jumped out of the tack. At Bramham he slipped behind on a turn. At Blenheim we were two fences from home and inside the time, and he made a green mistake and clipped a corner. He’s such a big, brave, strong, scopey horse, and I rode him this year to be competitive. There were little blips along the way that showed up. He’s going to be an incredible horse for sure.”

As an experienced horse at three-star level, Duras handled Clayton Fredericks’ CCI2* course with ease. “He’s done a lot of big tracks this year, so it was nice for him to do something so easy for him. It rode well,” Lauren said.

“I think the waters made a bit of the wrong shape jumping in, so you had to jump it as slow as you dared. With the more experienced horses you could trust them to jump off. He was super rideable and felt brave and handled it well.” 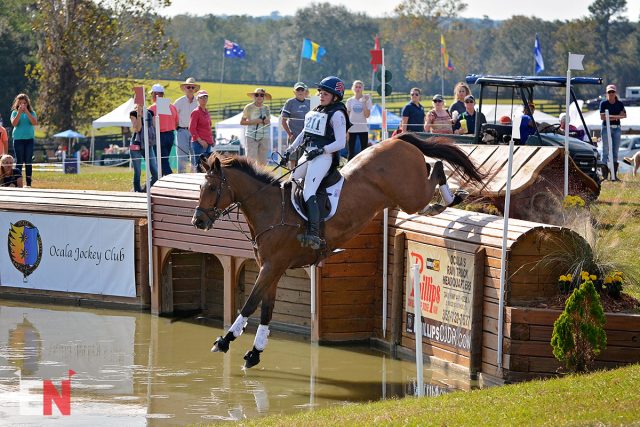 Katherine Coleman and Monte Classico added 0.8 time penalties to slip to third place on 40.2, with Alyssa Phillips and Oskar passing them thanks to a clear round inside the time to move up to second place on 40.0.

Sixteen combinations in the CCI2* jumped clear rounds inside the time on cross country (41%). We saw three rider falls in the division, and we are relieved to report that none of the riders suffered major injuries. Click here to view full scores in the CCI2*.

Ashley Hays took a hard fall from Call It Courage when he hung a leg at 24C in the final water complex, and she was transported by ambulance for further examination. “A few years ago a fall would have seemed like the end of the world,” Ashley said. “Now, I get to load my sound horse up and get back to work.” That’s the spirit, Ashley! 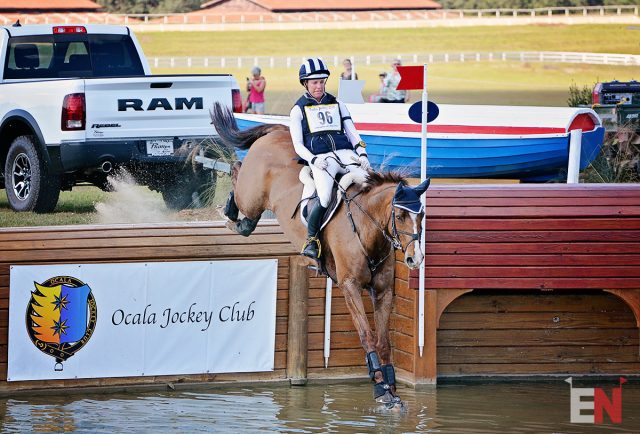 Looking to the CCI1*, Allie Knowles and Katherine O’Brien’s Business Class took the lead on their dressage score of 40.2 with a clear round inside the time. Leslie Law, who led after dressage, parted ways with JKF Vogue at the keyhole at fence 18, which caused numerous problems throughout the day.

“I just happened to hear that Leslie fell off as I was going into the start box. I thought, ‘Don’t let that affect your ride knowing that now I have it to lose.’ That was the main thing — don’t get antsy about anything,” Allie said.

“I have a lot of confidence in him. I knew as long as I did my job he would definitely do his job. He was the fastest of my three. He took it all in stride. It all felt very easy for him.”

Business Class, better known as “Oso,” is a 7-year-old Irish Sport Horse that has been with Allie since January. Buck Davidson and JP Sheffield spotted the horse, who Sophie Richards produced to the one-star level and piloted to a seventh place finish at Le Lion d’Angers last year. 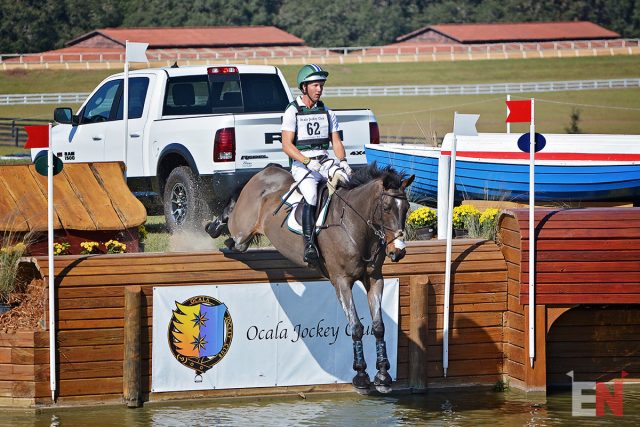 Clark Montgomery and Leah Massa’s Summer Bay jumped clear and inside the time to move up to second place in the CCI1* on 41.4. Hannah Sue Burnett and Christa Schmidt’s Strattonstown Lewis moved up to third place on their dressage score of 41.8. Click here to view full scores in the CCI1*. 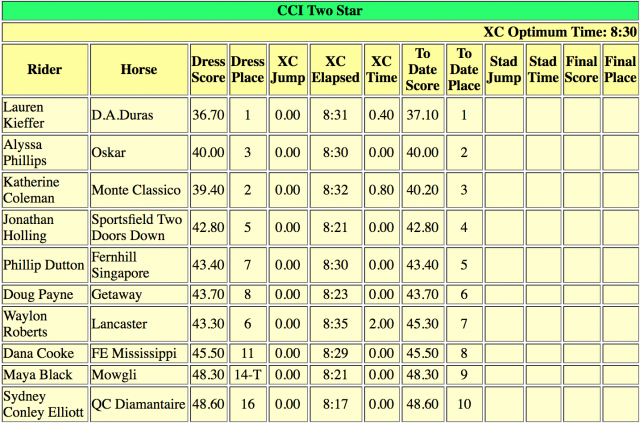 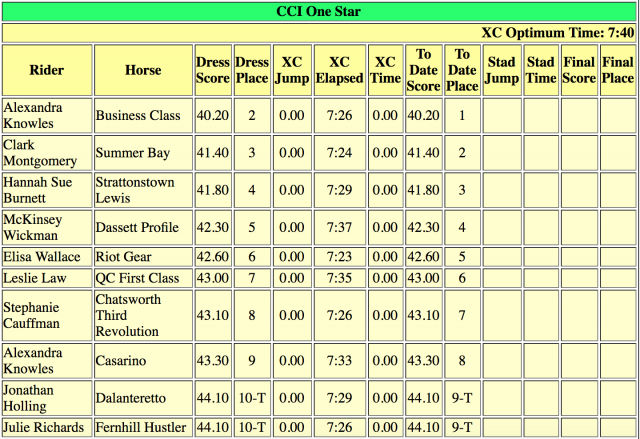