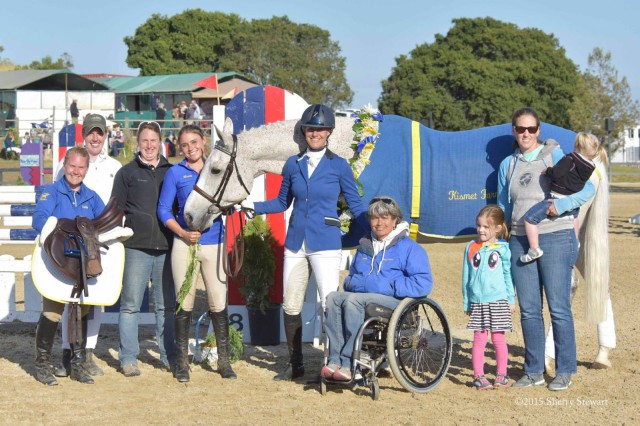 All of Killian O'Connor's supporters. Photo courtesy of Sherry Stewart.

It was the perfect California evening to say farewell to a long time eventing partner. The sky was clear, the air that late spring almost summer northern California mix of warmth and coastal air, and a couple hundred people were gathered to celebrate our sport. What more could you ask for a retirement ceremony?

Connor was imported as a 3-year-old by Tracy, Leslie Law, and Niki Caine in 2001. The team was at an event at Oakridge, so “Connor” met them at the event because there was no one at the farm to receive him from quarantine. “I didn’t even know he was coming,” Jolie said.

In a letter Jolie wrote for the ceremony, she remarked that it must have been fate – or “kismet” – that caused the two to end up partners, as she had been joking for the previous months that she thought she’d like a gray for her next horse. 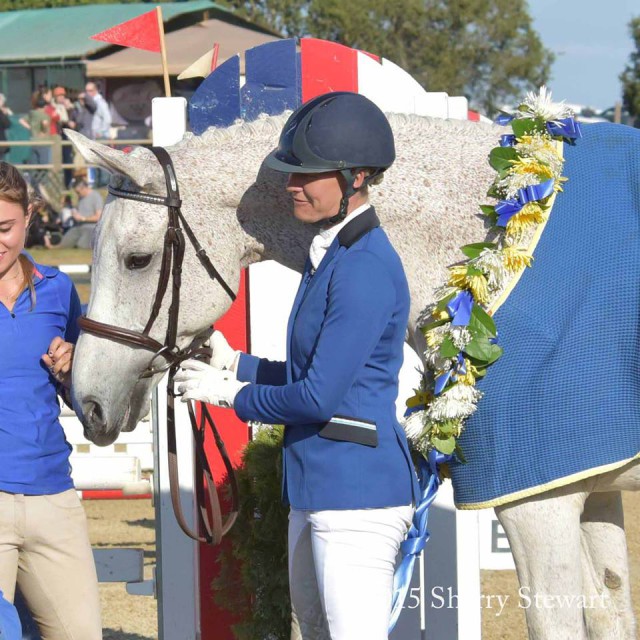 While Jolie didn’t know that Connor was coming, Tracy did. And Tracy put Jolie and Connor together, supporting them all the way from Novice to reach the top levels of American eventing. The pair contested their first Rolex in 2009. “He once again proved he was reliable in dressage, and we were placed in 11th after the first two days. On cross country we came out of the box not knowing what to expect, but I can honestly say it was the ride of my life. I owe all of our success at Rolex to Connor,” Jolie says.

After an injury that required some time off, Tracy, Jolie and Connor packed their bags for Rolex again in 2012, where they would ultimately withdraw after cross country. Connor showed his class in the sand box again, scoring 58.3. Only 27 pairs completed that year.

Tracy, Jolie and Connor were an important part of West Coast eventing inspiring young riders everywhere. They were recognizable from a distance, and everyone loved a Connor spotting. Young rider Maddy Mazzola got to experience the joy of riding the experienced horse as she learned how to navigate the upper levels of the sport and gain confidence in her riding.

“As everyone who says who has ridden him, it was like riding on a cloud,” Maddy said of her first time aboard Connor eight years ago. “He has a certain passion and happiness for working and competing, which has transferred into me, making my love for him and this sport that much stronger.”

This love for work was clear as Jolie went around the ring, her classic blue standing out against his almost white coat. Connor looked like he was ready to contest the show jumping in the Prelim Challenge, standing like the experienced champion he is, while being draped with his Kismet cooler and a wreath of flowers, in his colors of blue and yellow. As Jolie lead him from the arena to loud applause, Connor showed off his best jog. There wasn’t a dry eye in the house.

While now officially retired from competition, his working life is far from over. Connor is teaching a new generation of Kismet riders what it feels like to sit on a cloud and learn to fly. 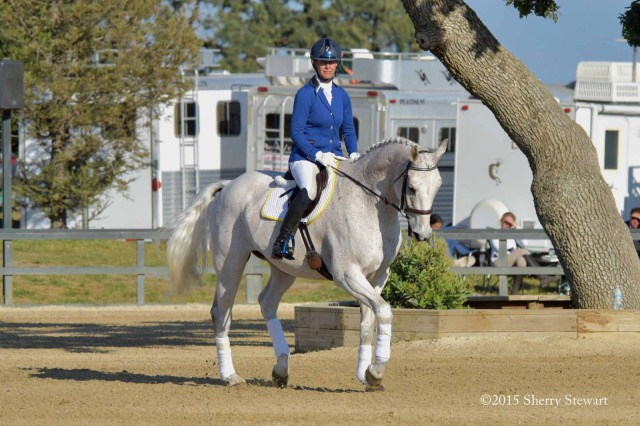 We wish Connor the best of retirements, enjoying plenty of attention and turnout. According to a small bit on Jolie’s website, someone noticed his ears pricked while running cross-country at Rolex, doing the math on how many carrots he would have if every spectator just gave him one. We suspect he’s not forgotten the debt of carrots owed to him.