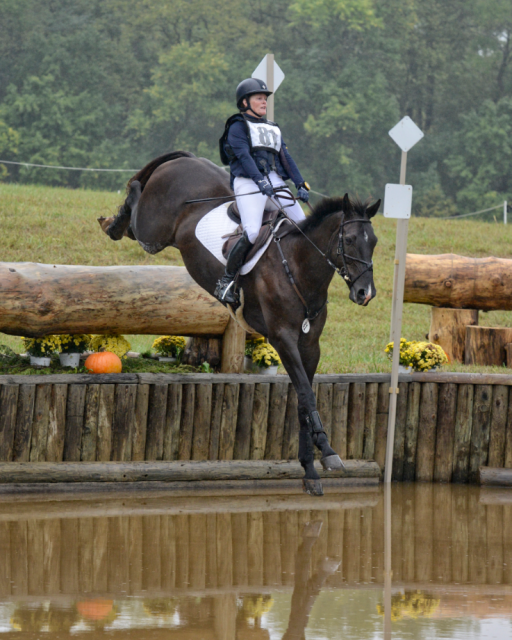 The weather was yet again the ultimate foe to battle at Morven Park this year, but Kim Severson and her own Cooley Cross Border slayed the wet dragon to finish the CIC3* on their dressage score of 46.70. Will Faudree managed to lay claim to the second and third place slots aboard Hans Dampf and Pfun, respectively.

Kim and the Irish Sport Horse gelding set out today to nab a qualification for Fair Hill and did so in style despite the tough conditions. They were the only double-clear round of the day, and Kim was quick to credit her horse’s good attitude and a little bit of luck.

“I didn’t take him to Plantation Field, so I knew I wanted to run him here to get qualified for Fair Hill,” Kim told EN. “I knew how he would feel about the rain and the softer footing, but he prefers this, really. He was terrific today, he felt really good and I finally gave him a decent ride! And we kept all four shoes this year which helped a lot – we’d lost both front shoes by the fourth fence last year, so we were lucky today!”

There were a handful of trouble spots on course today, including the early 4ab combination of a square floating beam to an imposing skinny table which had the rider’s attention. But the pairs sailed through with flying colors and loads of confidence going into their fall season finale. 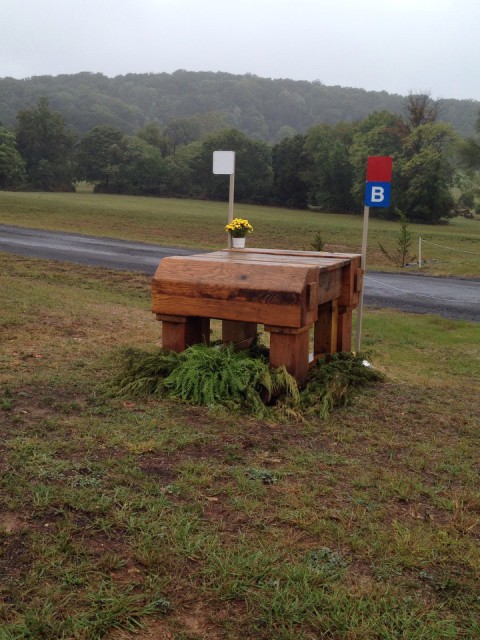 4b at Morven Park. Photo courtesy of CrossCountry App

“We knew that fence four had been giving people problems all day and the ground was a bit deep, but he was very good there and everywhere. He was great on all the tricky stuff and was really jumping in stride, which is big for him.

“We’ll see how he looks tomorrow and make sure everything is on track, but he felt great and very within himself; it felt like a really great fitness run for him,” Added Kim. “It’s wonderful to know you’re on a good jumper, and he’s really the kind of horse we’re always looking for. I’m very lucky.” 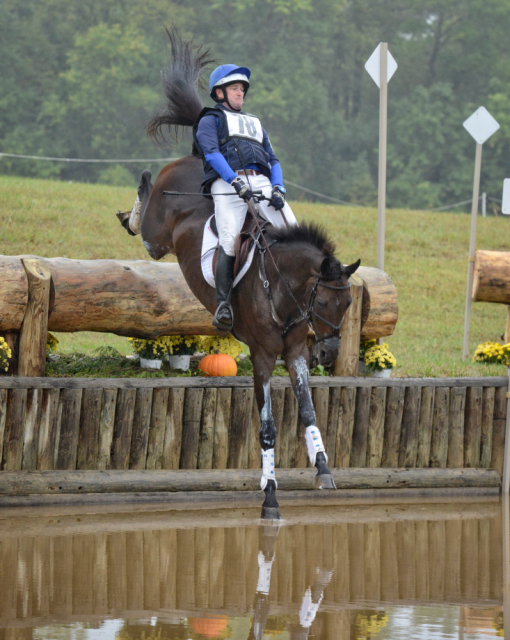 Will Faudree and Hans Dampf. Photo by Valerie Durbon

Will Faudree and Hans Dampf added just two time faults to their earlier phases to pop up from fourth to second place to finish their weekend, and had the second-fastest time of the day. The pair finished on a score of 57 even. Hans just edged out barnmate Pfun, who added twelve time faults to finish in third on 61.8.

There were several withdrawals overnight, including all four of Canadian Jessica Phoenix’s entries, Justine Dutton and Huck Finn, and Ronald Zabala-Goetcshel and Wundermaske. While it was a tough day to ride, those who did were rewarded for the most part, with only one retirement on course and one stop in the three-star.

It was quite a different story in the Advanced, where several horses opted not to run today, and the horses who did attempt to run ultimately retired early. Four combinations headed out on course today, three of whom opted to retire, and a fourth mandatory retirement. In one of the stranger endings to a division, there were no ribbons to give out, but the horses and riders are safe, mostly dry, and will duke it out on course another day. 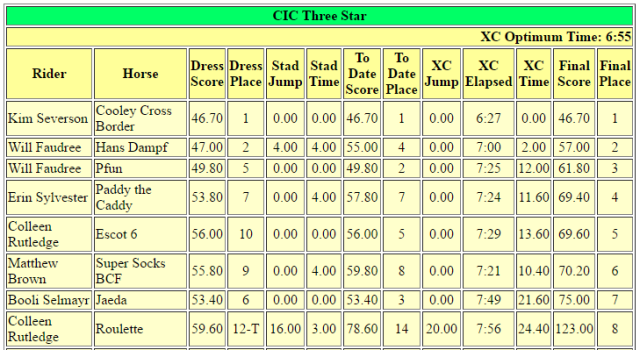 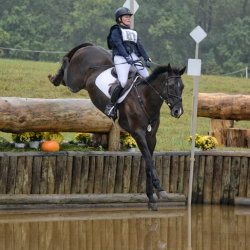 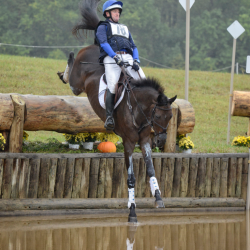 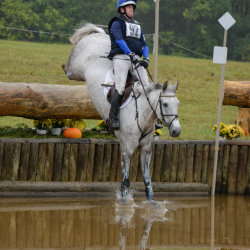 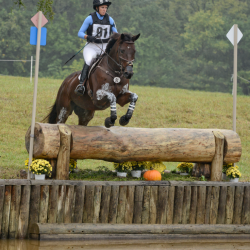 Erin Sylvester and Paddy the Caddy. Photo by Valerie Durbon 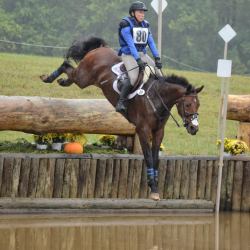 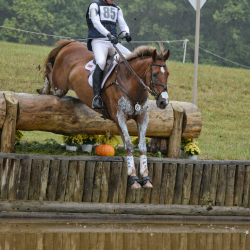 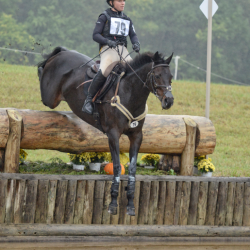 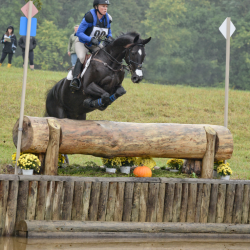