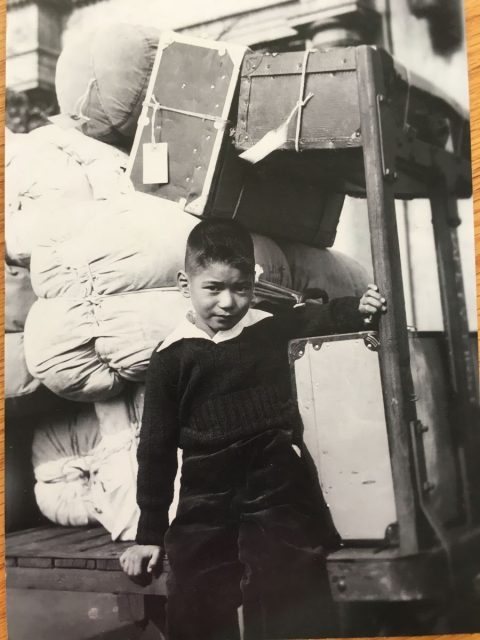 When I hear the phrase “systemic racism” thrown about, I think of a photo of my father as a child, sitting with the suitcases his family fit their entire life into as they were forced from their home, wondering where they were being shipped off to and why. The only reason President Franklin D. Roosevelt signed an executive order to round up the Japanese Americans and imprison them in internment camps, much like Jews in Germany at the time, was because of my father’s race. What had he done to deserve this? He was a little boy and his life was about to be irreparably changed. The scars this left on his psyche I am sure I will never fully understand, and he hid them well with stories of adventures he had “in the camps.” My father could find the light and humor in any situation.

I see the irony now that I am older, that my father was sent to live in a horse stall on a Salinas, California racetrack turned internment camp while his father was separated from his family for four years. How curious that I fell in love with horses as a child and literally would sleep in a stall waiting for a broodmare to foal out. Honestly, I think part of the reason my father put me on a horse was in some way to say, “Yes, you held me down and imprisoned me, but I persevered and now it is my choice to have my daughter on a horse.”

The very first memory I have of horses was my father standing beside me on a pony in a field, and holding me while I played with her mane and made indistinguishable noises. I believe I was saying at the time “Let’s go! Let’s run!” but considering I had not yet figured out walking, it was probably more along the lines of “ah! Gah!” 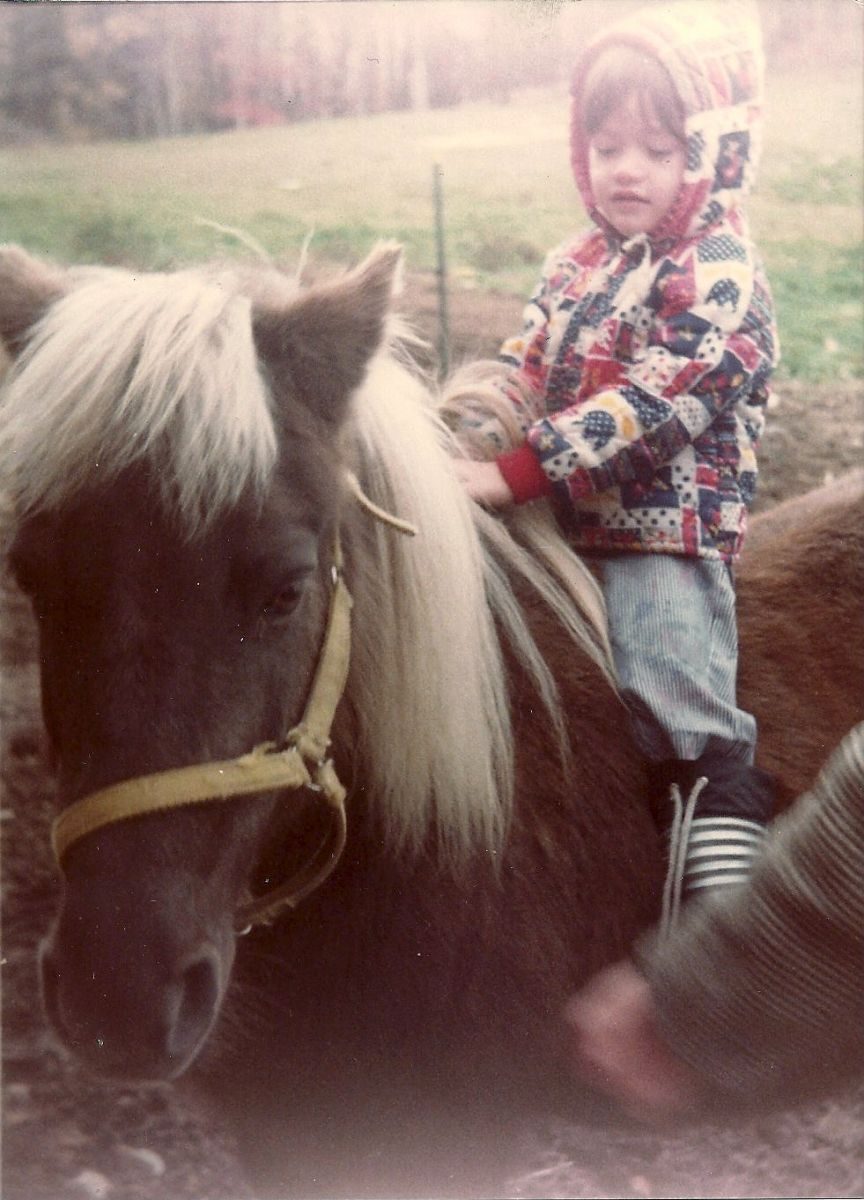 Any chance I had, I would be near a horse – not an easy feat when you are a child living in New York City, but my parents would bring my sister and me out of the city in the summers. Walking to school in the city I learned to always look where my feet were so as not to step on a used hypodermic needle, hold my breath when the smell of urine wafted up from the steaming streets – and yet like any other horseman, I now have no problem stepping in horse manure or smelling like a wet spot after doing stalls. I would beg to see the carriage horses in Central Park who would be sleeping in the sun waiting for the next tourist. Oh to pat their soft noses and look at their eyes under those blinders was just a little moment of heaven for me. The sounds of language in the city, every accent one could imagine, would float by and I would try to figure out where each one came from. The faces of the city came in all shapes and colors, like a human kaleidoscope, and I thought that was just how life was. As a biracial child, I never felt out of place.

And then one day we moved to a little college town in the Berkshires where everyone looked and sounded the same. My first day at school I realized I was different. Very different. I came home and cried and told my parents the names I had been called and asked why did we ever leave the city. They said it was too dangerous in the city, and on the bright side I could finally ride every day. That weekend I went to the barn and found solace in my pony’s stall. He didn’t notice what I looked like – he just cared that I had cookies and could rub his ears.

I was lucky enough to volunteer with a therapeutic riding facility, and there I saw what an equalizer horses were. Since realizing that I could be seen as an “other,” I have wanted to bring the peace and acceptance I found with horses to everyone I could.

I have felt that sting of feeling like an outsider often, from wishing my last name were one syllable and not massacred by many announcers at horse shows, to overhearing a dressage judge mocking my name to her scribe, to being told by a TD I should try riding for the Japanese team because “aren’t you one of them?” Oh wow… 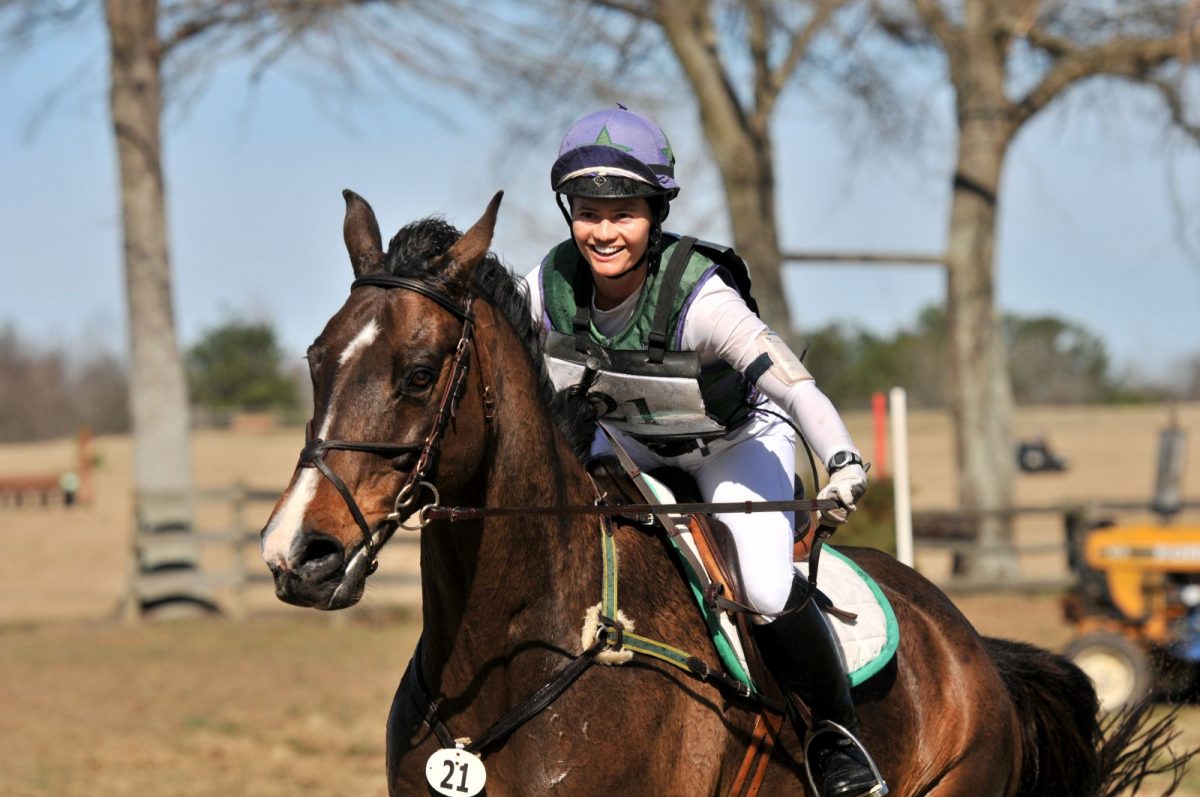 Through these horses my father encouraged perseverance, a sense of adventure and fearlessness. Every time I felt humiliated as I walked off the course early, or heard the rails rattle and thud, knowing how costly each one was, I would hear my father saying, “Never give up Kimbo. Do the best you can,” and I would be back to try again. I never thought any coach or goal was out of my reach if I worked hard enough and showed up every day.

Galloping around Fair Hill 4* on my heart horse, I felt the freedom I had first found on a pony and could only think how happy my father would be to see me. My first endeavor into eventing with a top trainer was when I approached Darren Chiacchia at Groton House. He had the equitation I had sought to develop over my junior years. Watching him pilot a feisty black stallion with style and grace, I decided I wanted to learn from him. I respected the hard work and dedication Darren had and much like my father, he valued persistence. Just keep showing up and it will pay off.

As life changed circumstances, I then approached Leslie Law to further my training. We shared many stories over a mutual experience with the legendary breeder, Sam Barr, he of being a rider and I of being a stud groom, though many years apart. The riders were a bit better fed and probably had heat in their house, but what an adventure it was at Limbury Stud. Leslie brought my great partner High Time, with whom I first jumped around Advanced and four star, into my life just before a devastating year when both my father and fiancé passed away within six months of each other. When I lost that horse as a result of a tragic accident, I felt that I lost part of myself. But as life has given me trying times, it has also given me tremendous opportunities. 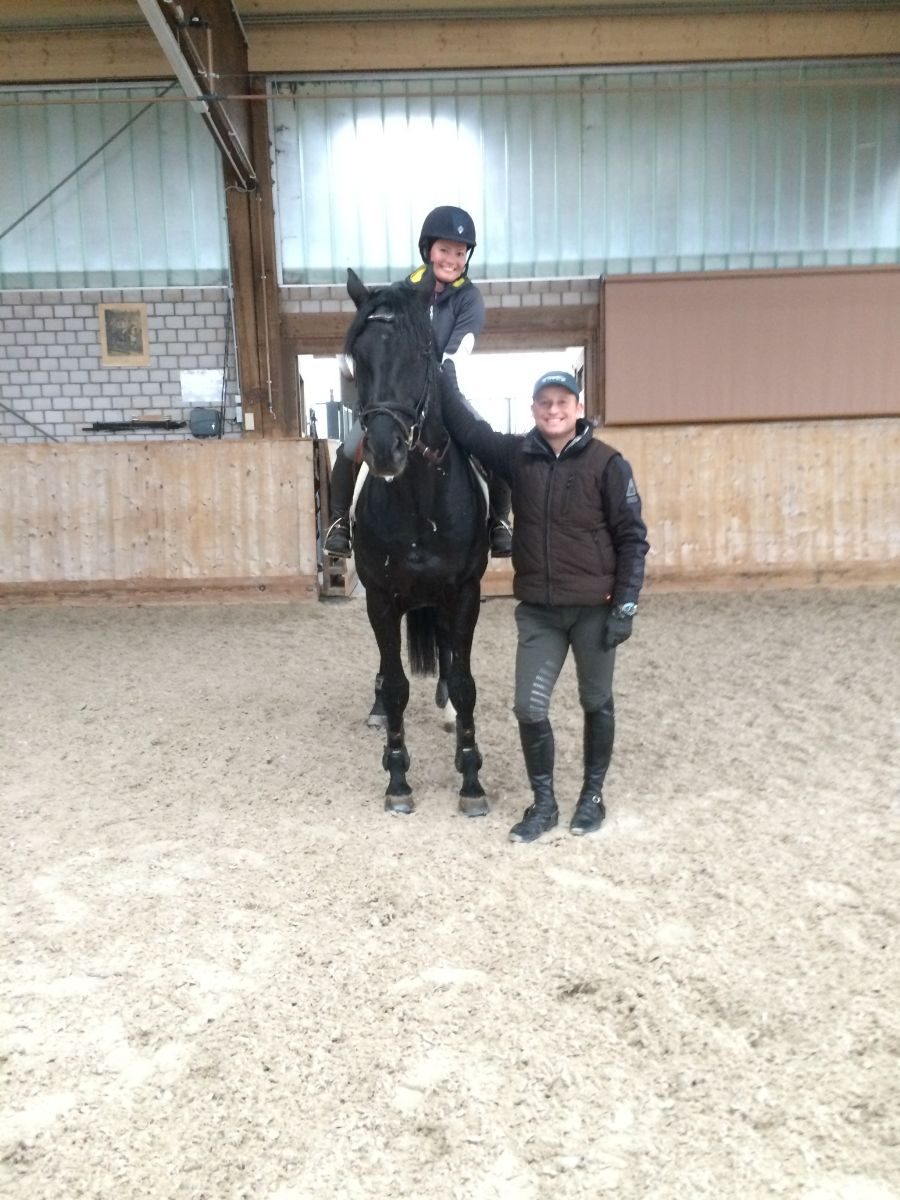 I met Michael Jung when I tried an impressive black stallion in Germany – the full circle symbol did not escape me. And so, I asked Michi if I could come to Germany to train and compete with him and another adventure began. This horse gave me the unimaginable possibility to travel around Europe and compete with the maestro. Mr. Jung, Michi’s father, reminded me so much of my father and after every round or dressage test I found myself straining to hear his voice or looking for him on the rail, as I did for my father. If only Dad could see me galloping around courses in the Netherlands, or Germany, or France, or Poland, he would certainly have gotten a kick out of it.

During my travels I came to know many top riders and developed relationships with them. Eventually I hosted clinics with them at my farm in Ocala. It is there that I saw an opportunity to put a promising young rider together with a top European rider as a small way of expanding representation of minorities in the upper levels of the sport. If there is an opportunity to give someone a proverbial leg up, one must do so, another value my father instilled in me. By using each of our connections to “pay it forward” we can open doors that may otherwise be locked for newcomers.

If the horses have shown me anything, it is that what you look like or where you are from really does not matter to them. They only care how you treat them — that you put their welfare above all else. My horses brought me through many painful personal losses in my life. I found their coats to be better than Kleenex and they never looked at me any differently regardless of how much of a mess I felt. As long as I made my way out to the barn to feed them and curry them, I could get through another day. The mundane tasks gave normalcy and structure to chaos. I think we can learn from these creatures that, if anything, judge people on their merit, their integrity, and their kindness, not on how they look or how to pronounce their surnames.

I would like to continue to bring this gift these horses have given me to others. In addition to furthering my goals with the horses, I want to start a program geared toward bringing kids from the inner-city to my farm for weekends not just to pet the horses and be on their way, but to find some semblance of peace, to teach them all aspects of working with horses and to expose them to elements of the business. All facets would benefit them in life beyond the barn.

Get Involved: Helen Casteel wrote of a similar concept in her essay, which was published on August 26. The idea of impact and inspiration is one that is a recurring theme. What would happen if professional riders began mentoring or otherwise sharing their experience with those seeking a path into the sport? It’s understandable that time is valuable and scarce for many — but there is still much that can be accomplished, many doors that can be opened, with even the smallest amount of time.

There are many ways to be involved in evolving our sport and the world around us. The EN team discussed this recently, and hit on the idea that sometimes it’s hard to know exactly how to help. We feel that. And the best way to start is with education. Conversation. Understanding. Seek first to understand, then to be understood — something we can all remember. In addition to listening to and learning from minority voices, many of these essays have included a postscript about how you can directly take action, such as educate yourself on Black equestrian history, support our LGBTQIA+ community, break through language barriers, support an urban riding program or launch an outreach initiative of your own, demand diverse representation in marketing communications, donate riding clothes/gear, support youth initiatives like 4-H and Pony Club as well as intercollegiate/interscholastic riding programs, utilize social media for social change, call out racism when you see it, volunteer and support volunteers, write/email/call equestrian governing bodies, address immigrant labor problems, complete SafeSport training, support retailers that support diversity, and more.