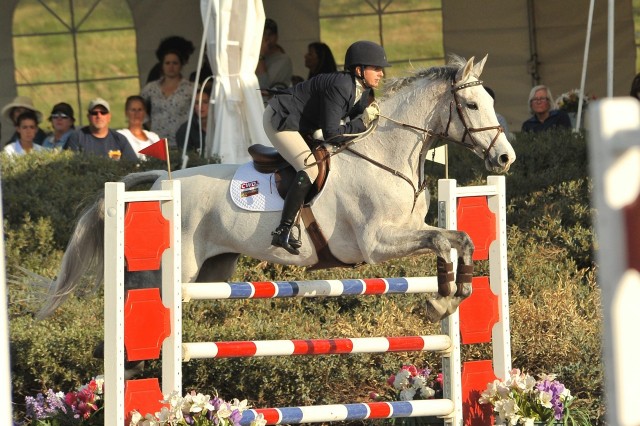 Kristi Nunnink and R-Star, leaders of the CIC3*. Photo by Sherry Stewart.

Sarah DuBost’s show jumping course caused major shakeups on the FEI leaderboards at Galway Downs International. Kristi Nunnink and R-Star will hold their lead overnight on a score of 51.9 after dropping one rail across a course that saw just one clear from Emilee Libby and Nonsensical. And even then they still had four time penalties — talk about tough to make the time. Many thanks to Emilee for sending in Nancy Dein’s photo of her and Nonsensical! Jolie Wentworth and Goodknight moved from second to third with one rail and four time penalties for a score of 57.0, and John Michael Durr and Esprit De La Danse moved from sixth to third with one rail for 57.6; they were one of four pairs to make the time, though no one did it without pulling a rail. 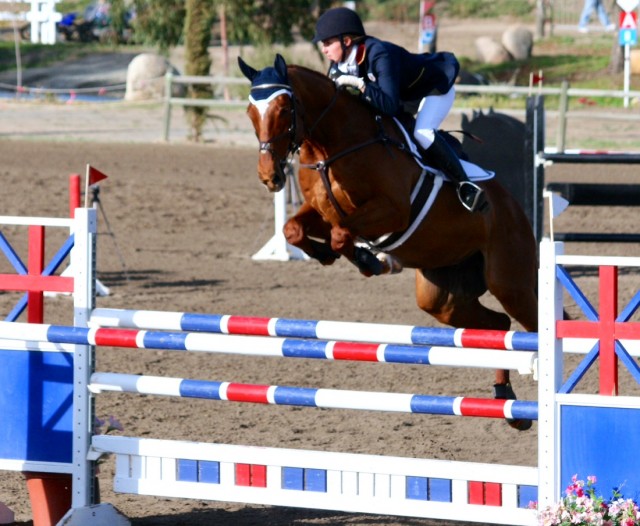 Emilee Libby and Nonsensical in the CIC3* show jumping. Photo by Nancy Dein.

Hawley Bennett, who moved from tenth to fifth after one rail down and no time penalties, said that she thought the course was definitely challenging. “Susie Hutchinson came out to walk the course with me, and she advised taking some inside turns. (Gin & Juice) was on fire, and our rail was my fault, I just didn’t finish my turn. I have a harder time jumping her before cross country because she is so full of run,” Hawley said of her round. The cross country course will likely be full of some fresh horses tomorrow, so it will be interesting to see how the leaderboard looks at the end of the day. 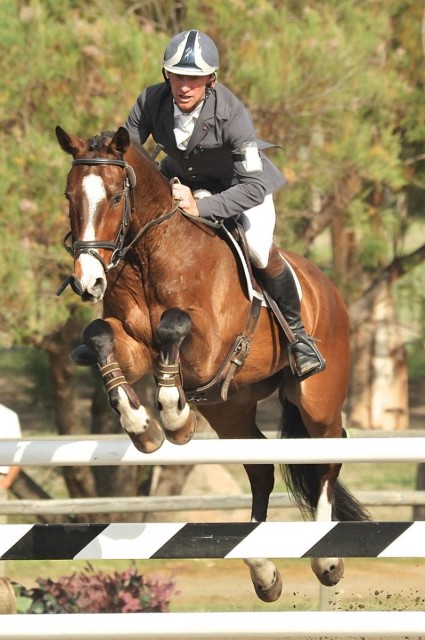 The two-star riders had more luck across Sarah’s course, with James Atkinson and Man on a Mission III holding their dressage lead thanks to jumping one of two double double clears. They’ll take their dressage score of 47.3 to Ian Stark’s cross-country course tomorrow. Emily Pestl-Dimmitt and Airlington jumped clear with just one time penalty to move from third to second on 53.0, swapping places with Matthew Brown and Happenstance, who pulled two rails to drop to third on a score of 59.5. Leah Breakey and Master Plan jumped the only other double clear in the two-star, which moved them all the way from 13th to fourth on 60.5. Tamie Smith and Twizted Syster also jumped clear with seven time penalties. 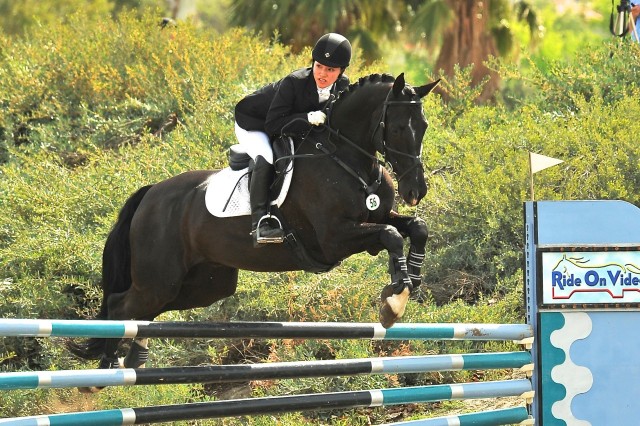 The course rode much easier for the CIC*, with Alexandra Ahearn and Mai Baum giving themselves a bit of breathing room over Tamie Smith and Sunsprite Syrius, with whom they were tied after dressage. Thanks to jumping double clear, Alexandra and Mai Baum will lead overnight on their dressage score of 43.0. Tamie and Sunsprite Syrius pulled one rail to move into second place on 47.0, and Lauren Billys and Jitter Bug also pulled one rail to move up one spot to third on 49.3. Nine riders in all jumped double clear trips in the CIC*, with two others jumping clear with time penalties.

I’ll update this post with any photos and videos we receive from the Galway Downs show jumping. If you have any photos from today — whether competition or candid photos — please send them to us at [email protected], share them on our Facebook wall or tweet them to @eventingnation. Do it for the chinchillas. Cross-country action in the FEI divisions begins at 12:30 p.m. PST tomorrow with the CIC2*, followed by the CIC3* at 1:50 p.m. PST and the CIC3* at 3:30 p.m. PST. Go Galway Downs! 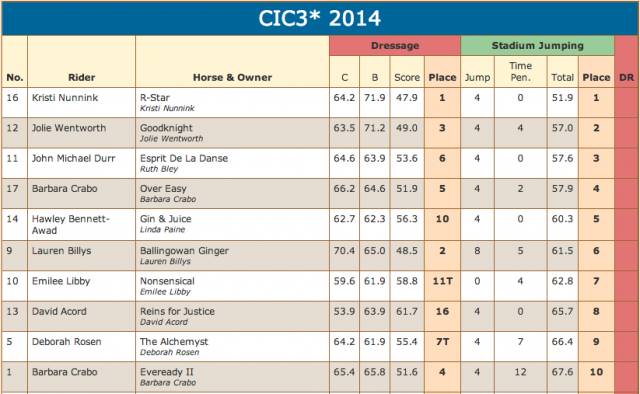