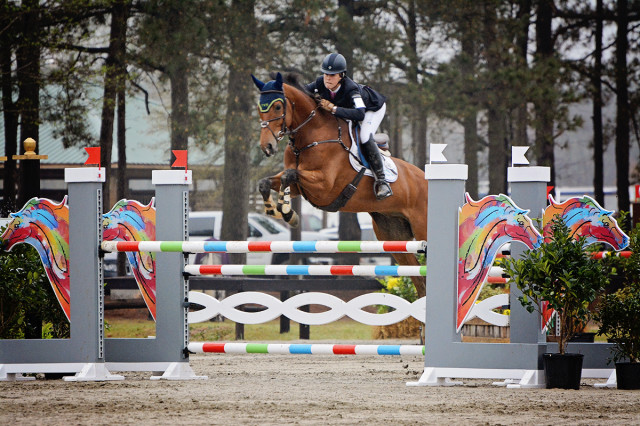 Kylie Lyman and Lup the Loop. Photo by Jenni Autry.

Kylie Lyman piloted Joan Nichols’ Lup the Loop to a clear show jumping round with one time penalty on a drizzly morning at Carolina International to win the Advanced division on a final score of 38.7. Heavy rain fell overnight here in Raeford, North Carolina, which saturated the footing in the ring and added an additional challenging element to Marc Donovan’s course.

“He was extra fresh, and he’s always a very careful horse and thankfully he stayed careful in the mud. I got a little caught out earlier on Sacramento, who is normally super bold but put an extra step in the triple, so I was going to be sure not to let that happen with this one, who is so careful,” Kylie said.

“I got a little worried about the time and I tried to stay patient but still let him do his job. He’s a pretty hard horse to make a mistake on. He’s such a good jumper and wants to do his job, and he makes my job extremely easy.”

“Loopy,” an 8-year-old Irish Sport Horse gelding (Lupicor x Farney Clover), took the win in just the second Advanced event of his career. Kylie moved him up to the level at Pine Top last month, where she said they both made mistakes on cross country. But they tasted redemption yesterday across Ian Stark’s course, jumping clear with 9.2 time penalties to move up to lead the division overnight. 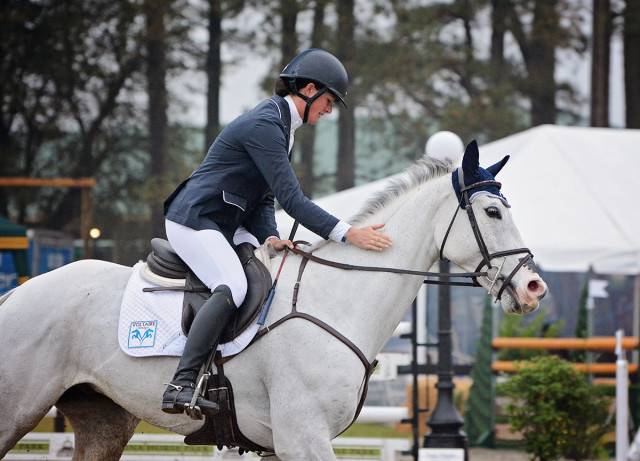 “He was unreal. He galloped well. He jumped way too big over some of the big open oxers, but he was perfect,” Kylie said. “Pine Top was his first Advanced, and I had two really stupid mistakes on him, so I went out yesterday determined not to do that again. … It was a good kick in the pants for this weekend.”

This is an exciting horse for Kylie, who has several really nice horses stepping up to the Advanced level right now. For being a young horse at only 8 without a ton of mileage, Kylie said Loopy is very mature and focused. He showed off that workmanlike attitude on Friday during his dressage test, when he scored 28.5 to sit in second place after the first phase.

“He was fantastic. He’s a big flashy mover, but he’s hard to keep motivated in the ring. I thought he was the most forward but still relaxed and listening. I couldn’t have asked for more from him. He went in and tried the whole test,” Kylie said. “He’s a tough horse sometimes to keep what you have in the warm up to carry over into the ring. Sometimes he can get a bit behind me, and then I start working too hard and he gets even more behind me.”

With a successful Advanced run under their belt, Kylie said she will look to aim Loop for his first CIC3* at The Fork in two weeks, with their main goal to aim for the CCI3* at Bromont in June.

“Originally I thought about doing the three-star here, but after both of us being a bit green at Pine Top, I thought another Advanced was definitely necessary,” Kylie said. “It took the pressure off this weekend to just focus on getting another good run, and this was obviously pretty exciting to have him go and do so well. Now I hope we can continue on and keep Bromont our plan.” 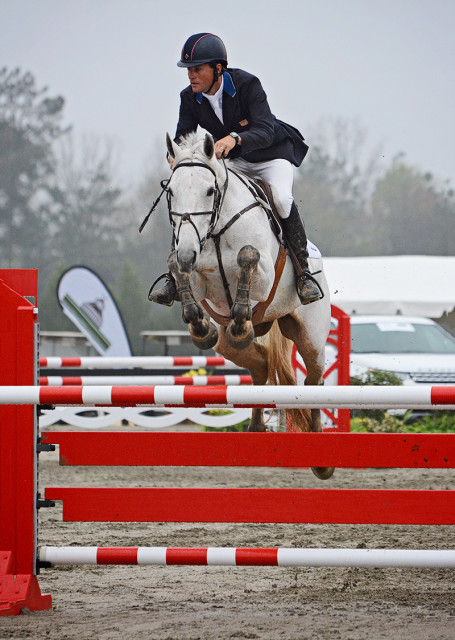 Lauren Kieffer and Jacqueline Mars’ Landmark’s Monte Carlo, jumped one of the four clear rounds inside the time to finish in second place on a final score of 39.4. “Patrick,” a 10-year-old Irish/Thoroughbred cross gelding by Formula One had the second fastest trip across the country yesterday, coming home with just 6 time penalties to move all the way up from 12th place to second.

Boyd Martin and Crackerjack, a 13-year-old Thoroughbred cross gelding owned by Lucy Boynton Lie, also jumped clear and inside the time in show jumping this morning to finish in third place on a final score of 41.5. “Crackers” is one of the horses Boyd currently has cross-entered at both the Rolex Kentucky Three-Day Event and Badminton Horse Trials.

If you’re just tuning in to EN this weekend, Allison Springer and the Arthur Syndicate’s Arthur clinched the Setters’ Run Farm CIC3* win, Will Faudree and Jennifer Mosing’s Caeleste won the Southern Pines Equine Associates CIC2*, and Katie Lichten and Harold Lichten’s RF Luminati won the Attwood Equestrian Surfaces CIC*. Click here to catch up on all our #2016CI coverage. 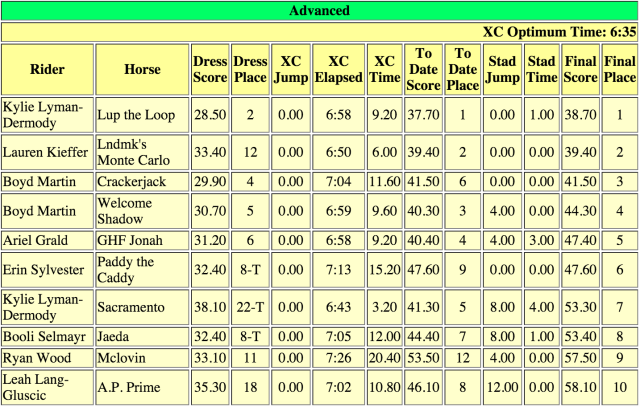