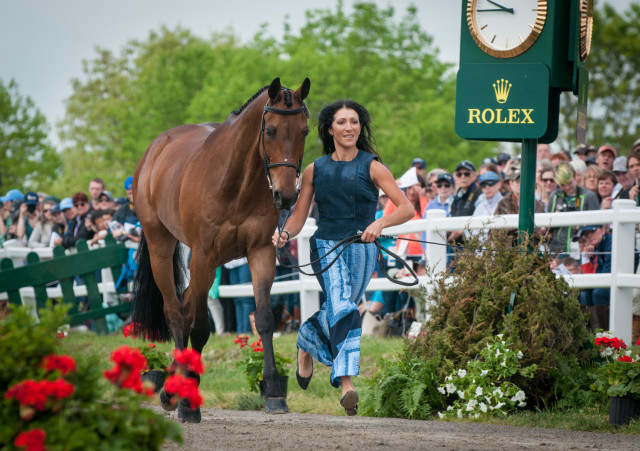 We’re sending lots of healing vibes to Laine Ashker, who suffered a badly broken arm and torn deltoid bicep and rotator cuff on Friday when the horse she was riding stumbled on landing off a jump and fell down.

“RIP to my fall season plans,” she captioned with a photo of the x-ray showing her halved humerus. “This one will go down in the books for being one of the gnarliest breaks.”

Laine underwent surgery to repair the arm, getting 20 screws and two plates installed in her shoulder, and so will be sidelined for the fall season. The prognosis is 3-6 months off, but if we know Laine, she’ll be back in action sooner than expected without missing a beat.

In true Laine fashion, she’s managed to keep her spirits up throughout the ordeal. Get well soon, Laine!

This one will go down in the books for being one of the gnarliest breaks. Surgery on my sadly halved humerus to come soon. So bummed about my fall season coming to a screeching halt ✋ #stillsmilingthough