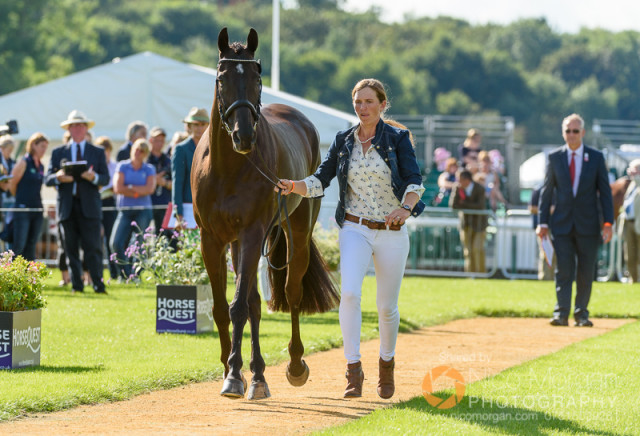 All 72 horses that were presented at the Land Rover Burghley First Horse Inspection passed, but not without a couple of scary moments for the U.S. contingent. There were some long pauses before the Ground Jury (Sue Baxter, David Lee and Anne-Mette Binder) accepted all of our horses and Holly Payne-Caravella’s Never Outfoxed was one of three sent to the holding box. Along with Roo Fox’s Fleet Street and Stacey Shimmons’ Orion’s Promise all three were accepted upon re-inspection. 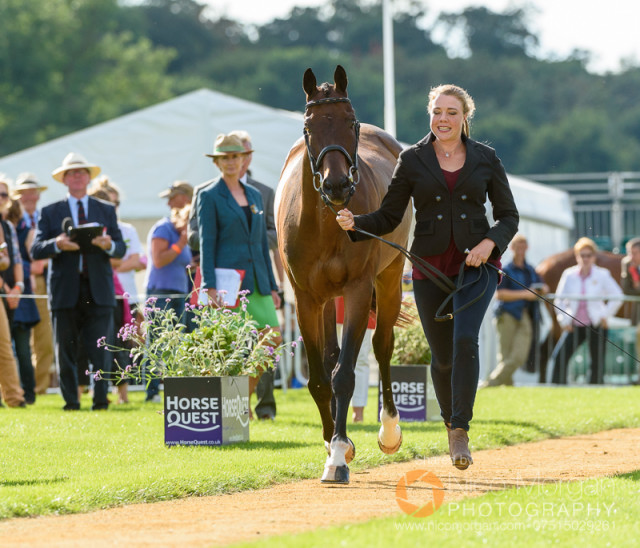 Maddie Sexton and Rise Against.  Photo By Nico Morgan.

Bunnie’s daughter Maddie once again did the honours for her on the runway as “she has better legs,” Bunnie’s quote, not mine! Hopefully this will turn out to be a lucky omen for her as Maddie also substituted for Bunnie at Rolex this Spring. 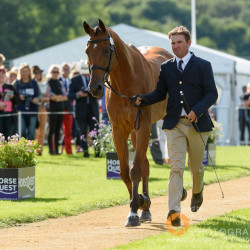 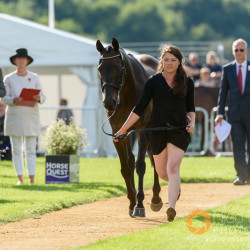 Looking particularly fit and well are the New Zealand squad, and if I had to pick a sentimental favourite to win it would be Tim Price, on either of his horses who look fabulous but I’d prefer it to be Bango! With the withdrawal of Clifton Lush who’s taking a bit more time and re-routing to Pau, Ringwood Sky Boy is the only horse in the field to have come straight from Rio.

The field this year might be more wide open than it has been in a long time, and of course this is Burghley which means it’s about the jumping, and especially the cross country. Discount Tina Cook and Star Witness at your peril, they looked so good at Badminton. 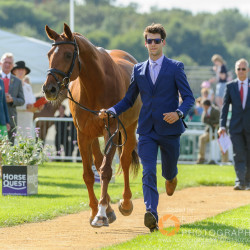 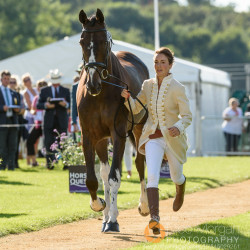 Becky Woolven and Charlton Down Riverdance. Photo by Nico Morgan.

France’s Arthur Duffort and Great Britain’s Becky Woolven won the Best Dressed Awards, although personally EN thinks the U.S. team rocked it, and we were especially partial to Holly Payne’s pink and white dress; chatter in the press tent would seem to agree. 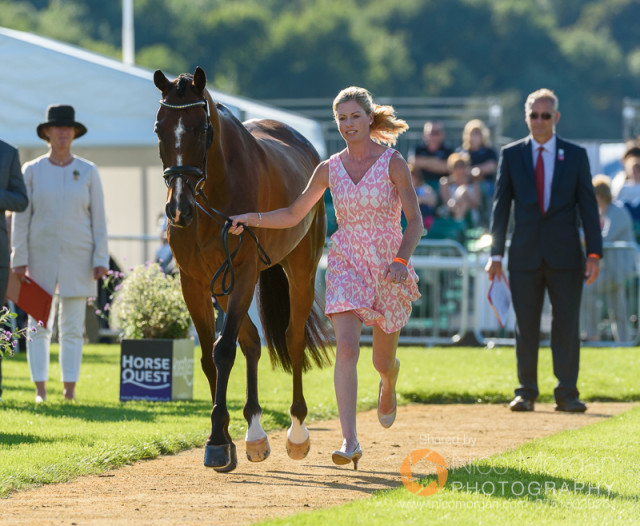 Dressage starts tomorrow morning with the guinea pig ride at 9:10 — Emilie Chandler on Cooper’s Law, and then the first test proper, Tom Crisp and Coolys Luxury, at 9:30. We have two of our U.S. combinations doing their dressage tomorrow: Elisa Wallace and Simply Priceless at 12:04 GB time (7:04 a.m. US Eastern) and Bunnie Sexton at 4:10 p.m. GB time (11:10 a.m. US Eastern).

Many thanks to our star photographer Nico Morgan for all the beautiful photos from today and looking forward to collaborating with him all weekend — check out his website for equestrian, wedding, hunting shots and more and also his blog.

Stay tuned for some of our riders’ and David O’Connors thoughts on the course. Go #LRBHT and Go Eventing!