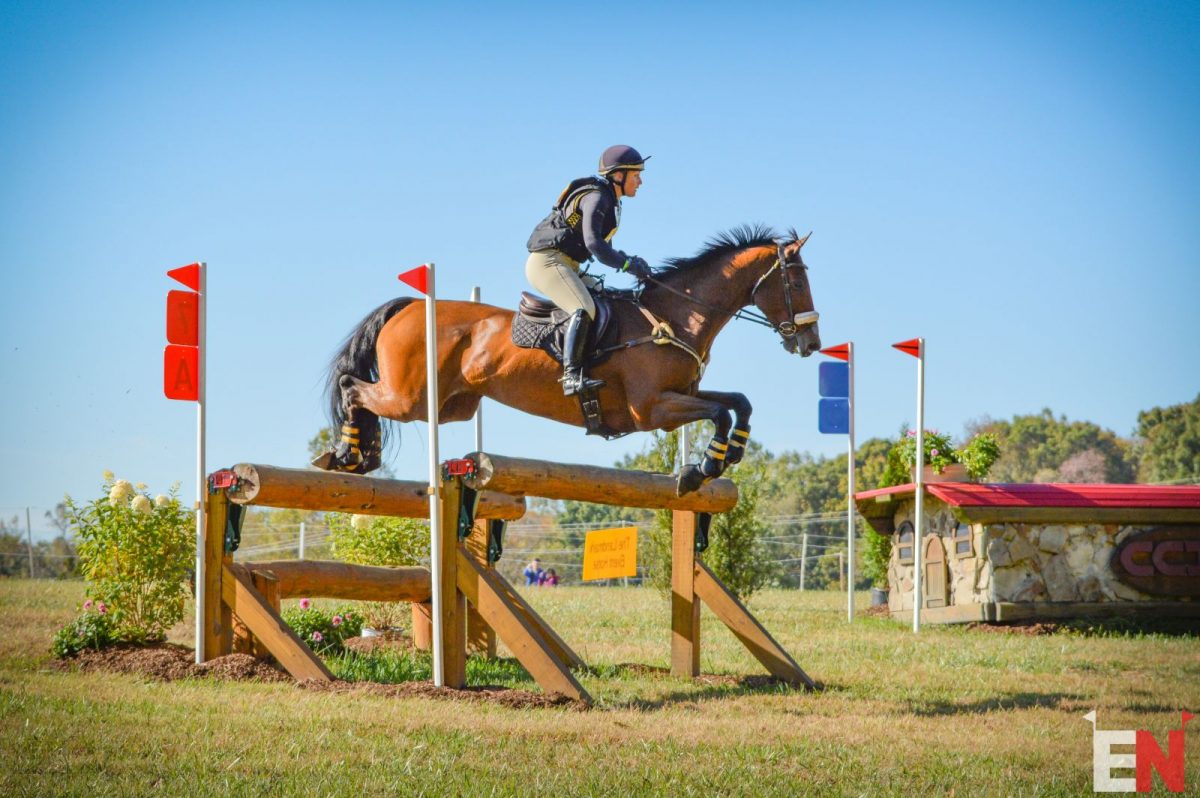 When Booli Selmayr is looking at horses, she doesn’t carry a list of specific qualities that need to be fulfilled — instead she goes with her gut. That’s exactly what happened with her partner, the 15-year-old Irish Sport Horse gelding Millfield Lancando (Lancer II – Fancy II, by Langata Express xx).

Booli, who hails from Westchester, NY, grew up in a family who loved animals. Her childhood consisted of Pony Club and trail riding with her brother.

Booli bought Millfield Lancando, or “Lance”, from Kevin Keane, a equine sports medicine vet in Pennsylvania, six years ago. Lance was already going Prelim when Kevin called and asked her to try him out. “I can’t tell you exactly what it was that made me go ‘yes’ but there was definitely something that was like ‘yep, this is the horse that I’m going to be dedicated to and take as far as he can go,” Booli said.

Booli’s gut feeling proved to be advantageous, as now the pair is headed to make their debut at the Land Rover Kentucky Three-Day Event this year!

Although Booli’s goal with Lance was to go up the levels, she knew she needed to build a relationship with him first. “Even though the horse was going Prelim, we definitely had to take some time to develop a partnership and train him to be more my ride versus a very tall man’s ride,” she said.

Lance stands tall at 17.1 hands and “if you were to see Lance in person, he’s built kind of like a bus. He is really tall, but he’s also just really long,” Booli described. 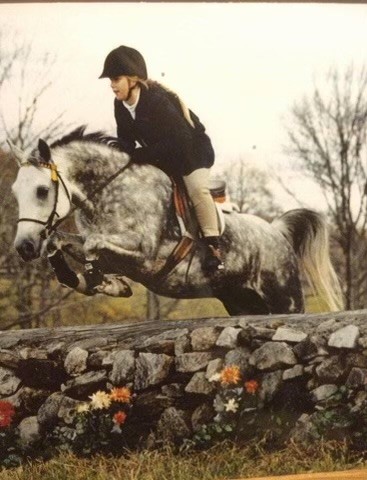 Booli and her Connemara pony, Maggie, at a hunter pace in North Salem, NY in 1996. Photo courtesy of Booli Selmayr.

He also carries a lot of tense energy, and since he’s a big horse, Booli has worked with him to channel that energy. “It was just teaching him to sort of use that tense energy in a more manageable way so that I didn’t feel like I had to be really strong on him,” she said.

But although Lance may be a large, strong horse, he is also a gentle giant. “He’s actually quite sensitive, which is why I think he is more of a woman’s ride even though his size would say otherwise!” she said.

Another part of Lance’s size is the fact that he can be a bit claustrophobic and is ““very bashful about that,” according to Booli. “He actually makes me think of how big dogs really wish they were small.”

Anna Ciampaglione, who works for Booli, says that Lance often gets intrigued when he’s in new spaces and “gets this expression on his face like he’s just hatched.” 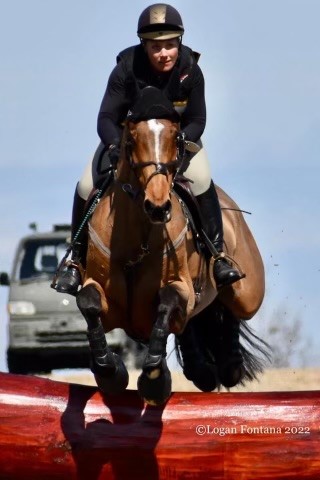 When Lance has to conquer new environments, he gets really tall, pricks his ears, and almost gets cross-eyed. “He’s like ‘oh my gosh, the world is so big and bright’ even though he’s 15 years old and has seen everything there is to be seen,” Anna said.

Lance and Booli’s partnership has had its fair share of ups and downs, with both of them dealing with injuries between the start of their partnership and now.

“Dealing with things that you couldn’t foresee having to deal with – it takes some time,” Booli said. But once the pair moved up to Advanced two years ago, Booli knew Lance would be able to go all the way. “This is so easy for him, still, and I thought he should definitely get up there in the next couple of years,” she said.

The pair has had a successful season in 2022 so far, fresh off of top three finishes at Pine Top, Carolina International, and Pine Top again to keep the confidence bubbling ahead of the big 5*. When Booli saw her name on the entry list, she felt a rush of emotions, but she’s not letting that get in the way of properly preparing for the event.

“I’m trying to stay very monotone about the whole thing just because I’m trying to sort of keep a clear head and not get super anxious about how Lance is going,” she said. Her top priority is keeping Lance comfortable leading up to the event, like she would do for any other competition. “I’m just trying to keep myself channeled so that the routine stays the same and he stays happy and healthy and doesn’t feel any anxiety.”

Since the cross country track will prove to be the most challenging that Lance has seen thus far, Booli knows he needs to be extra prepared regarding his fitness. “I’m trying to keep it so that he’s feeling good in his body, good in his mind, and happy; again so it’s not overdoing anything, not underdoing anything,” she said.

Even though Kentucky is a major event, Booli still stresses the importance of the everyday aspects that everyone should have in their training.

“Just working on the little details that we should always work on: transitions, stretching, suppleness. When I’m jumping, making sure that we’re straight and basically all the everyday training things that we should be doing everyday, regardless of a competition,” she said. 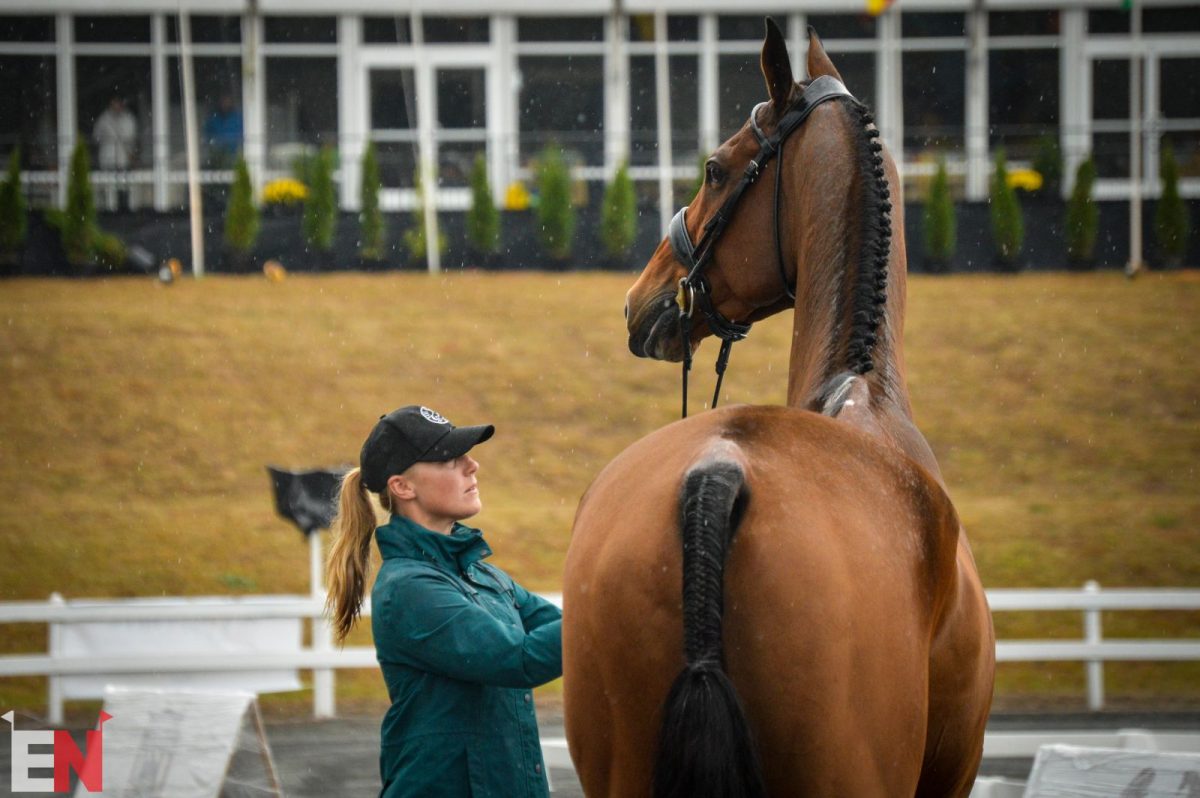 The pair’s strongest phase is cross country, having a consistent record of no jump penalties and just a little bit of time. “I’m very comfortable out cross country and he’s an incredible cross country horse,” Booli said.

Having a spot on this year’s entry list was something Booli has been wanting to achieve since she was young, but the journey has not always been easy. “I feel like in the process of trying to get there one can get aggravated and frustrated and that’s normal,” she said.

If Booli could give her younger self advice, she would say to trust the process — a challenge for any driven individual! “What will be will be,” she said. “Learn from things not working out.”

EN wishes Booli and Lance the best of luck at their first Land Rover Kentucky Three-Day Event! Stay tuned for much more from the #BestWeekendAllYear and, as always, Go Eventing.