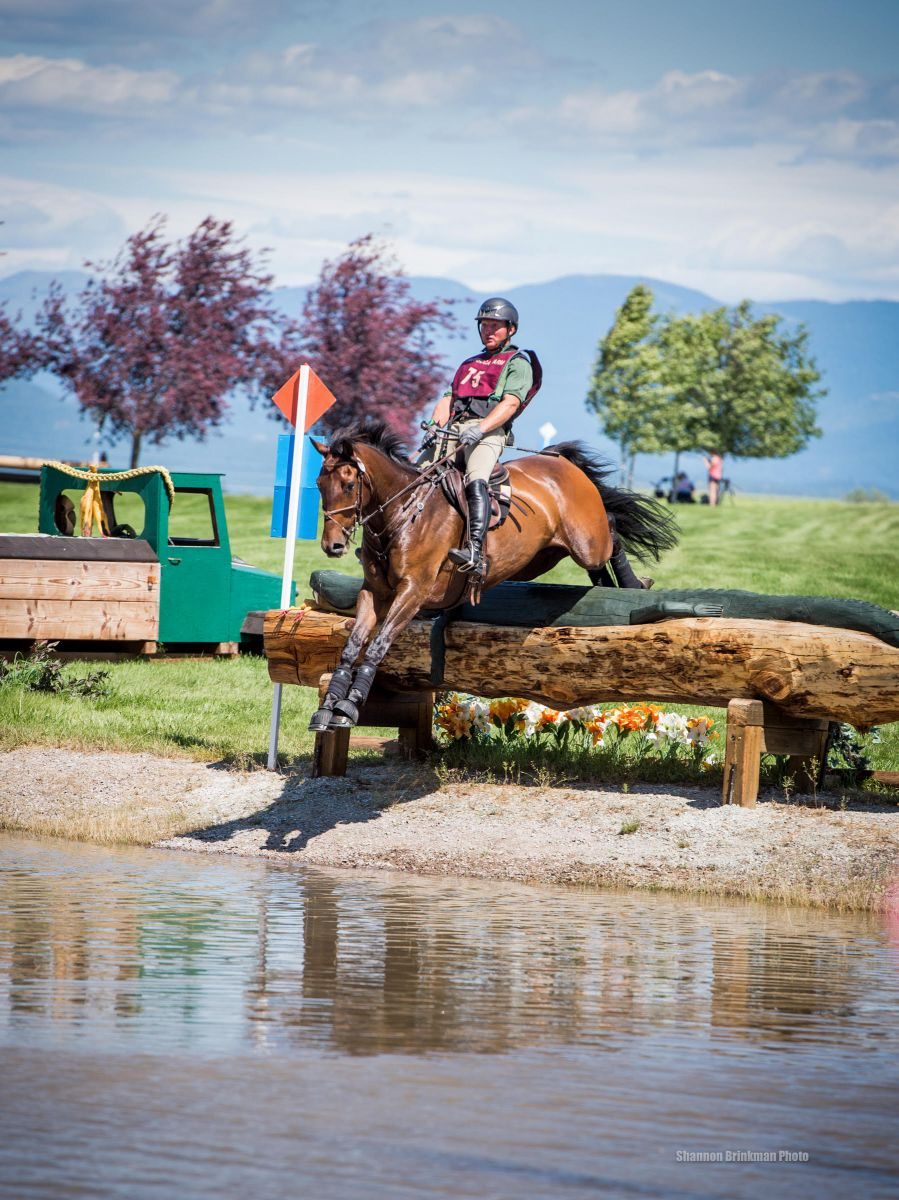 When Marc Grandia set his sights on the Land Rover Kentucky Three-Day Event this spring, he had only one pandemic in mind: COVID-19. He never thought another wave of infections, this time affecting horses, would impact his winter training plans.

The Washington-based professional rider had set his sights on a winter and spring competing in California to prep his 12-year-old Holsteiner gelding, Campari FFF (Camiros – Tanner, by Ariadus), for their 5* debut. Then, in February, a wave of EHV-1 infections plagued equestrian venues in the state, forcing the cancellation of key spring horse trials and FEI competitions — and derailing Marc’s final prep runs before the biggest event of his life.

“I drove to California this winter with eleven horses,” Marc said. “That is my business.” Marc, along with his wife Erin, run Full Gallop Eventing out of Common Ground Stables, a training facility in Duvall, Wa. They regularly winter in the drier and sunnier state of California, getting in early season events before the Area VII season starts in May. Marc, like many West Coast riders, must balance training and riding with extensive travel to make it to events. Regular entries on his calendar include trips to Southern California, Montana, Washington, Oregon, and beyond.

The eventing community in Area VII is small but mighty, and it has provided an amazing support network for Marc. Growing up outside of Seattle, Marc was always surrounded by horses. His parents and two of his sisters are equestrian professionals — horses are in his blood. He grew up with his mom helping him in the dressage phase, which he confesses “wasn’t always easy,” and training with John Camlin at Caber Farm.

Travelling 24 hours for an event is not uncommon, and it’s part of the game for West Coast eventers. Despite the challenges, the Pacific Northwest is home. “The tight-knit area VII community and quality of events up here is the reason that I have stayed,” says Marc. I’ve been encouraged to move east, but in my opinion, eventing is happening in Area VII. We probably have more successful riders per capita than anywhere else in the country.”

So this past winter, he and his team headed south as part of an annual odyssey to catch some early season events. This year he looked forward to sunny skies and spending some quality time with his wife and newborn son, Banks. But all that changed in the blink of an eye. “I planned to go to Galway and Twin Rivers to run the Advanced and four-star short with Campari, and then that was thrown out the window.” In February, USEF announced that events in California would be cancelled, meaning Marc would have to change his plans and figure out another way to get ready for Kentucky. 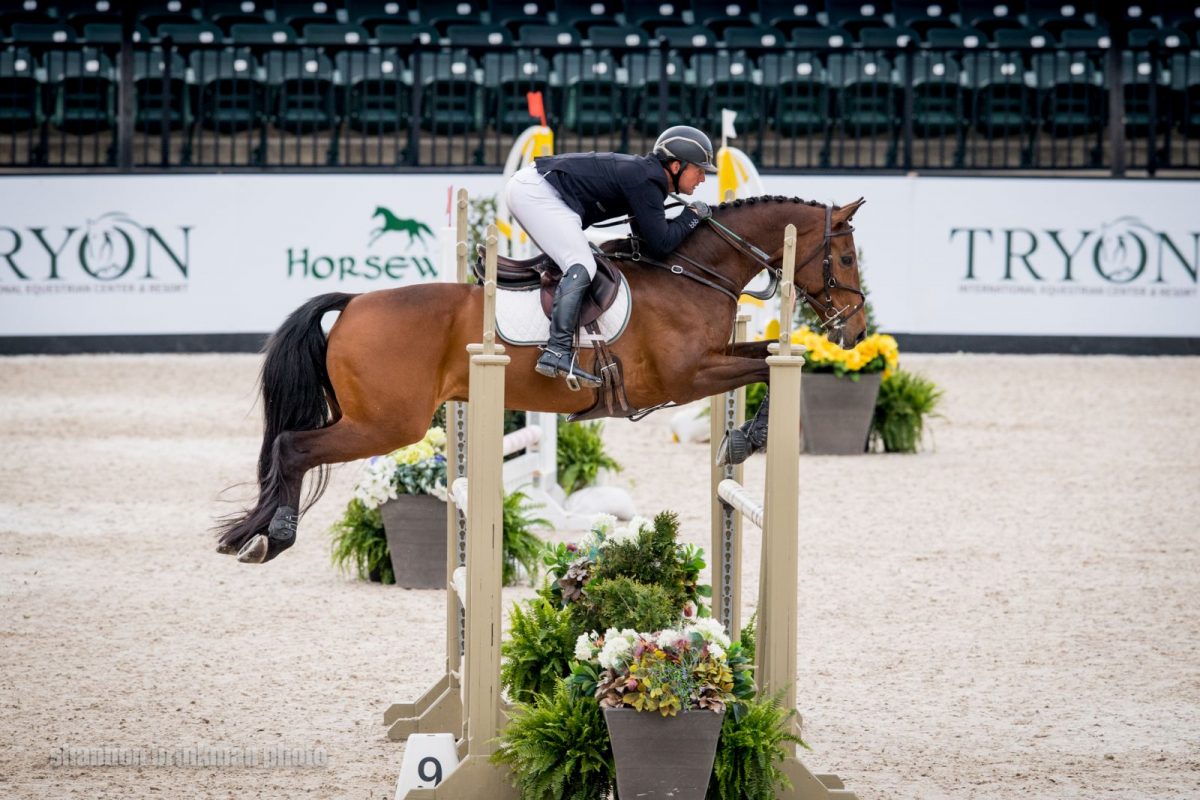 He decided to load up Campari and his wife’s Intermediate horse, Hyacinth, and drive cross country to catch a couple FEI competitions in March and April. Marc hopped behind the wheel and embarked on the trip solo, driving over 3,000 in three days to North Carolina. “We went from running a Preliminary horse trial at Ram Tap, and then loaded up and travelled to North Carolina to do the Carolina International four-star,” he explained. “I wasn’t sure we were ready!”

Despite the unscheduled early cross-country trek and tackling a big four-star with one run under his belt, Campari delivered, and the pair had a great event with some planned time on cross country.

Their success at Carolina is testament to a partnership that has grown over seven years. Marc spotted the Washington-bred gelding when he was a five-year-old that proved to be too much horse for one of his students. “I had two horses at Copper Meadows at the Novice that year. One horse won and had a successful Intermediate career. And then there was Campari, who was close to last. He spent most of the dressage test rearing!” Marc laughed. “He’s very opinionated, hot, and spooky. We call him a ninja sometimes. He is not malicious by any means but is quirky and really athletic, so you better be on your guard at all times.” 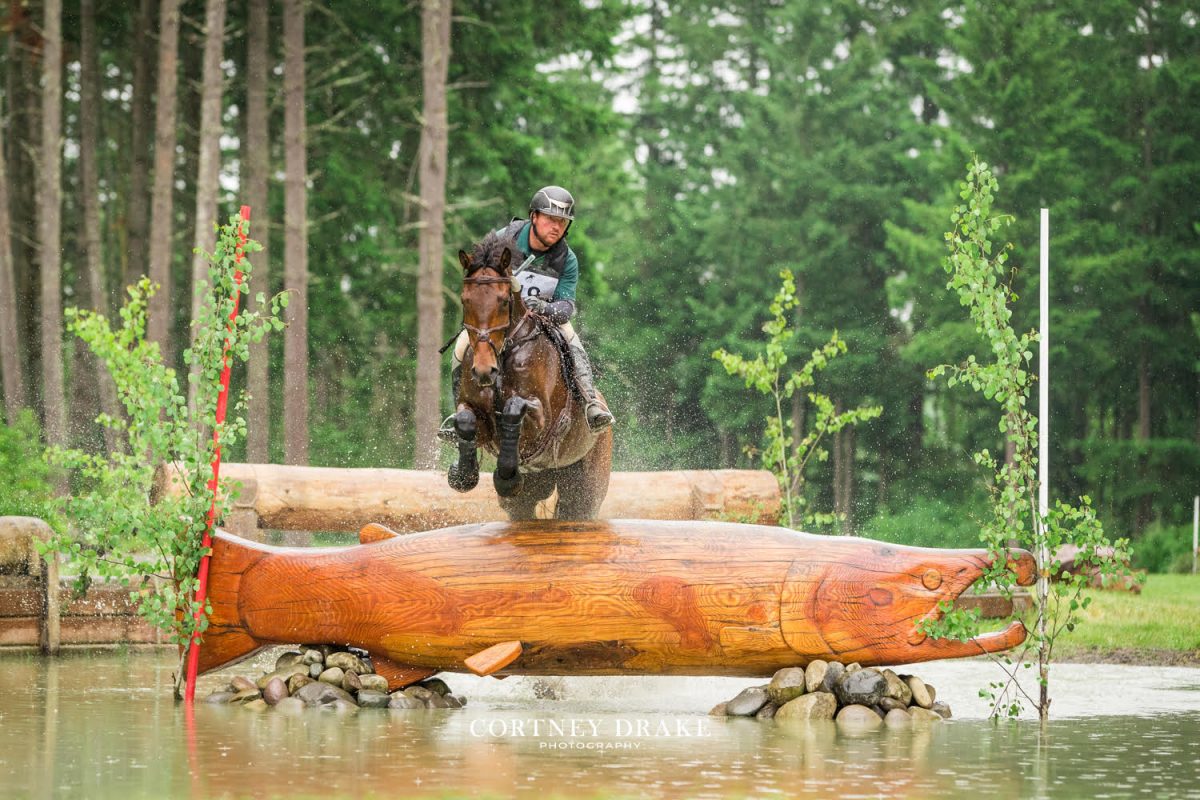 Despite these antics, Marc saw the potential in the horse and approached Team Rebecca LLC about purchasing the gelding for him to ride. Long supporters of Marc and of aspiring event riders, Sarah and Jerome Broussard are dedicated to finding talented horses for talented riders. They trusted Marc’s intuition on the fiery five-year-old and agreed to help him.

The gamble paid off, and after four years, the pair completed their first 4*-L at Rebecca Farm in 2019. After a 2020 hiatus due to the COVID-19 pandemic, they returned to the 4*-L level and were second at Twin Rivers in the spring of 2021, and sixth that summer at Rebecca Farm. In the fall of 2021, they travelled to the East coast and were fourth and ninth at the Terra Nova 4*-S and the Tryon International 4*-S, respectively.

“We came east to see if he was ready for the big events,” Marc said. “He really changed after these runs. He’s become very confident and head strong in the cross country phase.”

Even though he has been flying (mostly) solo during the lead-up to Kentucky, his team has been hard at work on the west coast keeping things running smoothly despite pandemic challenges. “I am in North Carolina with two horses, its eighty degrees outside. It’s not a hardship for me. It’s been a big sacrifice for everyone at home,” he said. “Common Ground Stable’s owners, Neelie and Simon Floyd, really stepped up to help take care of everything at home. My wife has been keeping the horses going while I have been gone so our clients haven’t missed out on a whole lot. Colette, my head groom, has come back and forth to help me at events. It’s been really amazing that the team has come together to support me, and I am so grateful.”

Marc’s plan for Kentucky is simple: ride well. “Campari is great in all phases. I don’t want to jinx myself,” he laughs. “Dressage has been a work in progress, but he feels stronger, more balanced, and more confident in that phase than ever before. On cross country, the plan is to go slow in the beginning, see how he is going, and then open him up and let him shine.”

For the show jumping phase, the scopey gelding “generally doesn’t have unlucky rails. It’s easy to figure out what I did wrong because he really wants to jump clean.”

Marc and his team head to Kentucky early next week from their spring base at Will Faudree’s Gavalin Farm in North Carolina. He will be joined by his wife, their newborn son, and Colette, who will groom for the event, along with friends and family from home to cheer him on.

It truly takes a village to make dreams like this come true, especially when pandemics stand in your way.