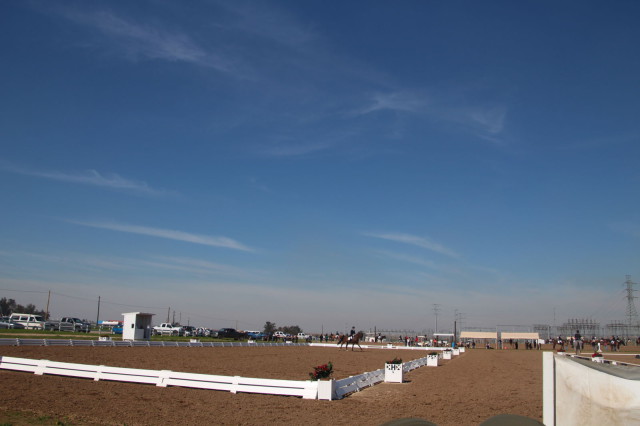 With the classic California sun shining, it was a beautiful day for dressage at Fresno County Horse Park and the perfect setting for a great start to the season. Familiar pairs top the leader boards in both FEI divisions.

In the CIC2* division, dressage was definitely influential, with the top five going clean over Sarah Dubost’s stadium course in the late afternoon. It’s Lauren Billys and her longtime partner Castle Larchfield Purdy who sit in first. Their goal is to represent Puerto Rico at Rio, and Lauren, who used to live and work out of the Fresno area, moved this past summer to work with Bea and Derek di Grazia at their Stillwater Farm in Carmel Valley.

Having ended the season with a strong eighth place at the Galway Downs CCI3*, Lauren and Purdy are back at it. The 14-year-old Irish Sport Horse gelding and Lauren have certainly become a force to be reckoned with. In two weeks they will contest the CIC3* at Twin Rivers in Paso Robles as part of their ongoing quest, and they certainly seem to be on the right track! 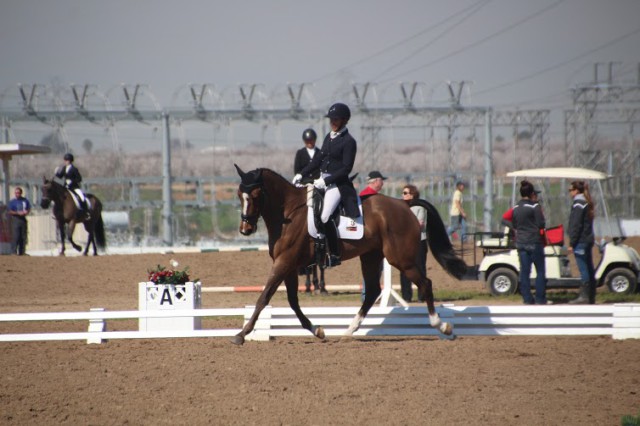 A little over a point behind sits Tamie Smith on Peggy Moore’s Lagos Star. Lagos Star is a 9-year-old Oldenburg who is contesting his first CIC2*. Tamie rode this gelding last at Galway in the CCI*, and his long legs and expressive movement should help him move up the levels. Though he is green at this level, any time Tamie Smith is in the irons, you want to keep a close eye out. The pair made quick work of the show jumping, and time might be the factor today in determining our winner.

In third is a horse that won the world’s heart with former rider Hawley Bennett-Awad. Gin & Juice’s FEI career to date has only been with Hawley, with whom she competed from 2005 to 2014. This is “Ginny’s” first FEI event since the 2014 World Equestrian Games in Normandy, and her first with new rider Sara Mittleider. This pair has only competed three times together, with their best result being a win in Open Intermediate last September at Twin Rivers. Now 16 years old, Ginny may be settling down in the sandbox, but we expect her to be breathing fire on course today. 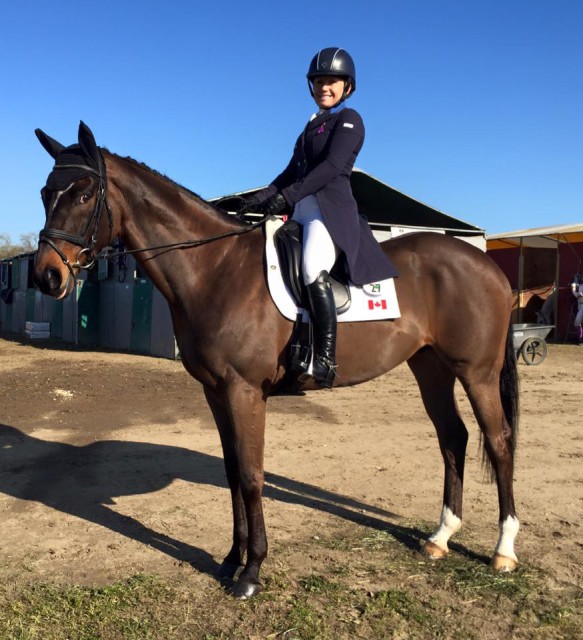 Speaking of Hawley, her and Jan and Jerry Hawthorne’s OTTB High Duty are in first in the CIC* division. After a strong outing in the CCI* at Galway last fall, ending in eighth, the pair has been hard at work. Only 7 years old, Hawley has believed in HD since the beginning, and their hard work certainly paid off. A clean show jumping round puts them a full five points ahead of Kelly Pugh and David Garrett’s Corazon for cross country.

Kelly Pugh and Corazon, who made waves after winning the CCI* at Rebecca Farms in only their second show together, jumped clear to move into second. Still less than a year into their partnership, the future seems bright for Kelly and David Garrett’s 9-year-old KWPN gelding. They came out strong two weeks ago at Galway, only adding some time to their dressage score.

After two rails in stadium, Sarah Braun, Hawley’s long time groom and working student, on Korin Potenza’s Shipwrex, now sits in fifth. This is a new pair in the making, with the horse having competed back east with Rebecca Lee. Shipwrex is a 14-year-old Swedish Warmblood stallion who last competed at the FEI level two years ago at Morven Park’s CIC*. Sarah is quite excited about this horse, and we are very excited for her. 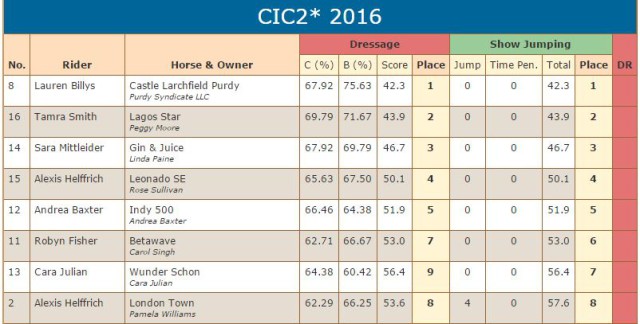 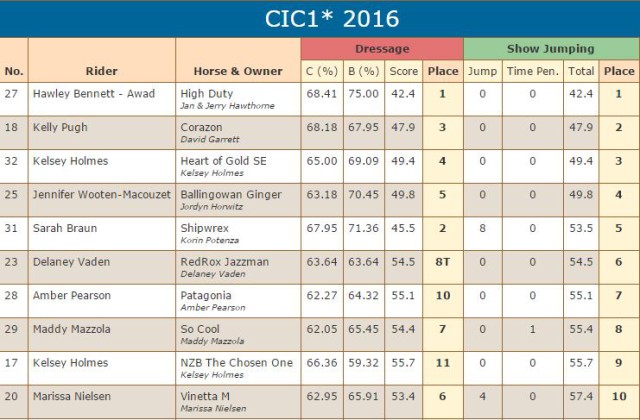