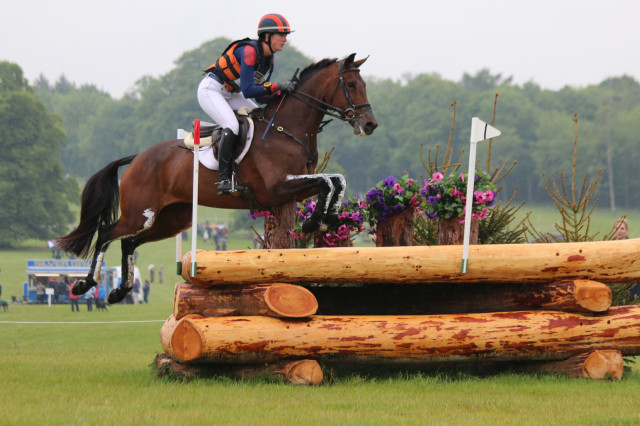 Veronica jumped clear with 4.4 time after losing her right front shoe early on and slipping a little bit and they lie 12th overnight. Caroline rode with such maturity, just paying for a rookie mistake at the coffin with 11 penalties for breaking the frangible pin, and they finished the cross country in 14th place adding 11.6 time also. (Scores are here.)

What’s most exciting though is how solid both these performances were over a tough course, and how much they promise to come. Both horses pulled up well, cooled out quickly and looked very comfortable out on course where I managed to see them.

U.S. Team Coach David O’Connor saw much more from the CCTV in the riders’ tent and commented, “I thought it was good. I think Lauren’s horse went probably the best she’s ever gone. It was a little bit slidey in the woods there for a little while, but then she came out in the open and picked it back up and she jumped really, really well.

“I thought Caroline was actually very, very good; she just didn’t get him back enough before the coffin in order to ride it forward and so she ended up breaking that pin, but I thought the rest of that round was very, very good and such a good education for her for her first time overseas. It’s been a good day.” 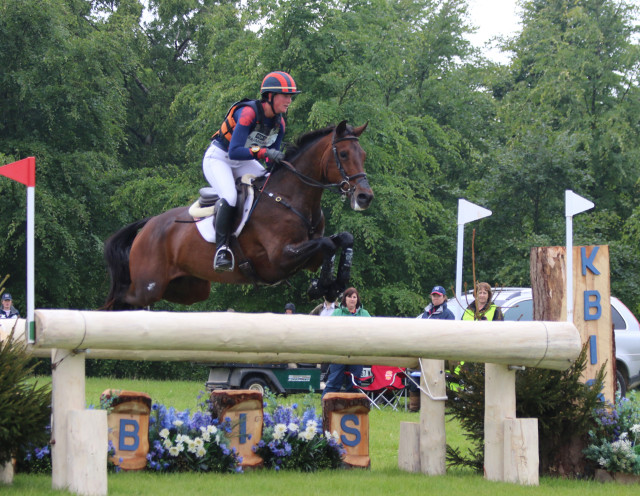 Lauren spoke to me after her round and told me Veronica was terrific and that she almost found herself enjoying herself after she jumped the sun and moon fence, but then “gave herself a kick in the pants” as that’s what’s got her into trouble before!

“She was great, she was really on it, she felt really straight. The time was hard because I really felt I could be further up before I got to the last third because it’s so twisty and I was actually just a couple of seconds behind it. So she did pretty good to not lose much more time on that last bit because it’s so twisty and there’s so much more to do, but she really didn’t put a foot wrong. She was great, I’m really happy with her.”

Unbelievably, despite their 2nd at Rolex and 9th at Pau last year this is the first CCI3* that Veronica and Lauren have jumped clear around after a fall at Boekelo and a stop at Bromont, and Lauren said they had no sticky moments.

“She was perfect, I’m thrilled with her. The first water rode great – she’s really nimble and I think it’s more of a rider frightener; you can’t really tell in the video how steep the hill is but you gallop down to the first bit and that log just gapes out there but the horses read it great. The whole course is a rider frightener really, you certainly wouldn’t bring a ditchy horse here!”

We’ve spoken about the great energy and team spirit in the barn this week, and I asked Lauren if she thought the course would suit Caroline and what advice she’d give her before she set off, having now ridden round it herself with such success.

“Absolutely! She should rent that horse out! I wish I’d had that horse at my first international event – he is a champ and Caroline is great in her head, and it’s so fortunate that she has a chance to come over and do this at her age when there’s not as much pressure and you’re not riding on other people’s money and have to deliver. I think it’s going to definitely pay off in the long run. She’s obviously someone for the future, she’s got a great feel, she’s got the backing, she’s a hard worker and a great rider so I’m excited for her today.” 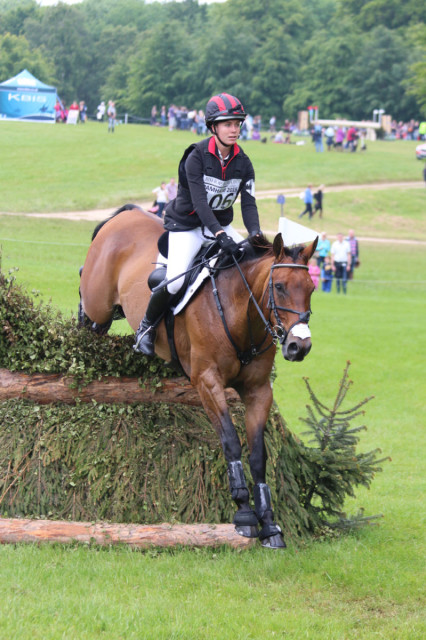 Caroline Martin and Quantum Solace still have plenty in the tank as they jump the penultimate fence on the Bramham U25 CCI3* cross country. Photo by Samantha Clark

Caroline and Quantum Solace did indeed rock round like champs – she rode with such poise and was kicking herself at the finish for her mistake at the coffin.

“It was my fault, I just kept pulling and didn’t put my leg on to set him up properly and I thought I had him back enough, but it’s a pretty steep coffin, and when I got to the jump I put him in a pretty bad place; he knocked the rail down but then I just kicked and he was fine, but 100% rider error. My bad.”

To recover from that and regain her composure though speaks to her competitive brain as there aren’t many let-ups on this course and it would have been easy to become rattled and let everything go downhill.

“I love cross country, it’s my favorite phase. I feel most confident in that phase, and he’s a great horse to go cross country with. I really let him loose up the hill at the end and I had so much gallop it was insane, I felt like I could easily go another four or five minutes over the same type of course. He kept galloping which was pretty cool; I’ve never felt him be this fit at a three-star so that was cool. I’m just bummed at myself for making such a stupid mistake. I feel proud that we’ve done it though.” 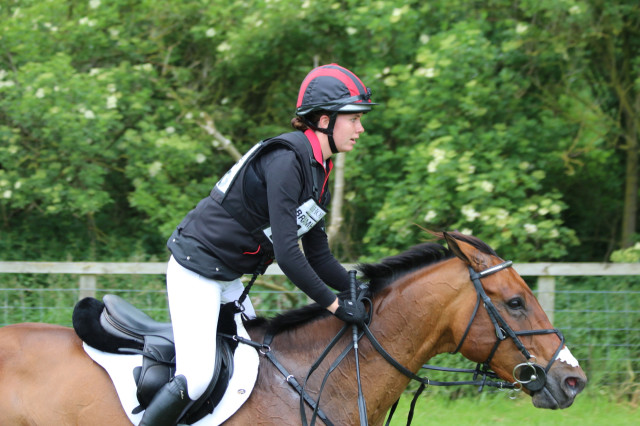 Caroline Martin and Quantum Solace gallop for home on the Bramham CCI3* U25 cross country course. Photo by Samantha Clark

We should all be very proud of both Lauren and Caroline too, and the entire support team both here in England and at home who make it all possible for them to be here. They are fantastic ambassadors for U.S. Eventing and they did a wonderful job today. Of course there is still a lot of work to be done this afternoon and tomorrow is another day, but for now Go Veronica and Quantum Solace at Bramham, and Go Eventing!