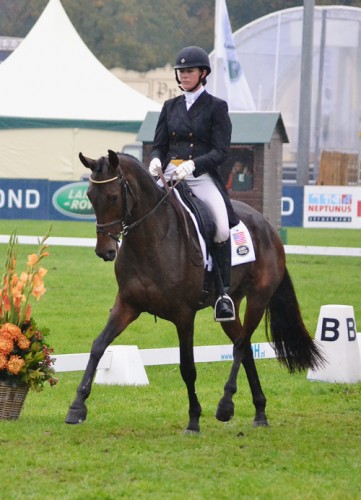 Lauren Kieffer has certainly received the full initiation to eventing in Europe during her first competition across the pond. As is Boekelo tradition — but isn’t it tradition at every major European event? — the skies opened up today, and we’ve had heavy rain falling for most of the morning. The chilly temperatures, which are currently hovering in the low 40s, aren’t doing anything to help conditions, but Team USA swarmed the warm-up area to watch Lauren and Veronica persevere through the rain in preparation for their test. I joked with Lauren after the trot up that all the Americans wore such strict game faces, and today was no different, with Lauren looking very steeled to the task at hand as she entered the arena for her test.

In the same form we’ve seen from this pair all season, Lauren and Veronica performed a lovely, consistent test to score 47.4, which puts them in 29th place out of the 80 riders who have performed their tests thus far. The U.S. contingent seemed thrilled with the score, and Karen O’Connor gave Lauren a big hug before she headed back to stabling with Veronica. I promised Lauren I wouldn’t officially interview her until after cross country, as she doesn’t want to invoke the EN jinx — can’t blame her there! — but she was kind enough to text me some comments for all her fans back home: “I’m happy with her. I think we lost several points when she jigged in the walk, and that affected her halt and rein back, but her canter work was quite good too.” Go Team USA! 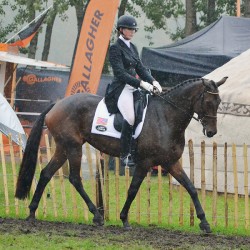 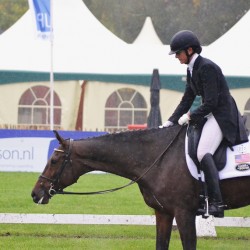 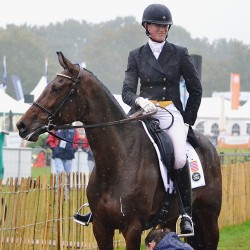 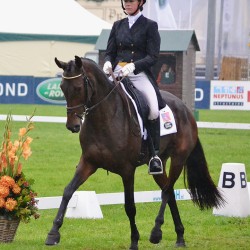 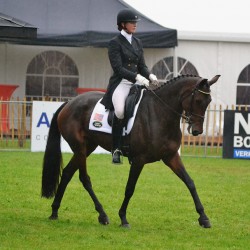 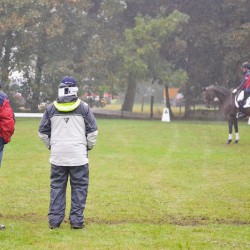 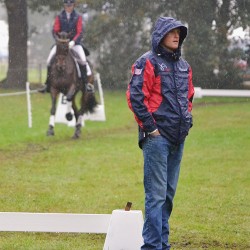 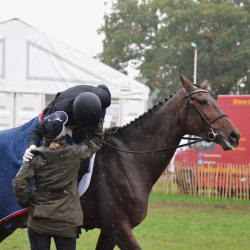